There are certain women in this world who can wear a burlap sack and make it look like Dior couture. Nicole Richie is one such person. Granted, most of what she wears might as well be a million bucks, but there’s something to be said about her knack for making things like bright blue hair look like the chicest thing on the planet and affordable pieces look staggeringly elevated.

MORE: 40 Fashion Mistakes That are Ruining Your Style

Case in point: The 33-year-old walked the red carpet at the Baby2Baby Gala in Los Angeles this weekend wearing a fitted winter white dress from H&M (that we may or may not have initially mistaken for Tom Ford.) And it’s not one of those oddly expensive pieces from the fast-fashion retailer, either: Nic rocked a $39.90 mock turtleneck jersey number and made it look like a million bucks.

MORE: 50 Ways To Dress Like a Fashion Editor on a Student’s Budget

Naturally, the dress is sold out online, but we’re keeping on eye on H&M’s site in case it comes back. In the meantime, we’ll reiterate something we’ve been saying a lot of lately: Almost anything can look expensive if styled right, and if it fits correctly, and Nicole flawlessly proved it. 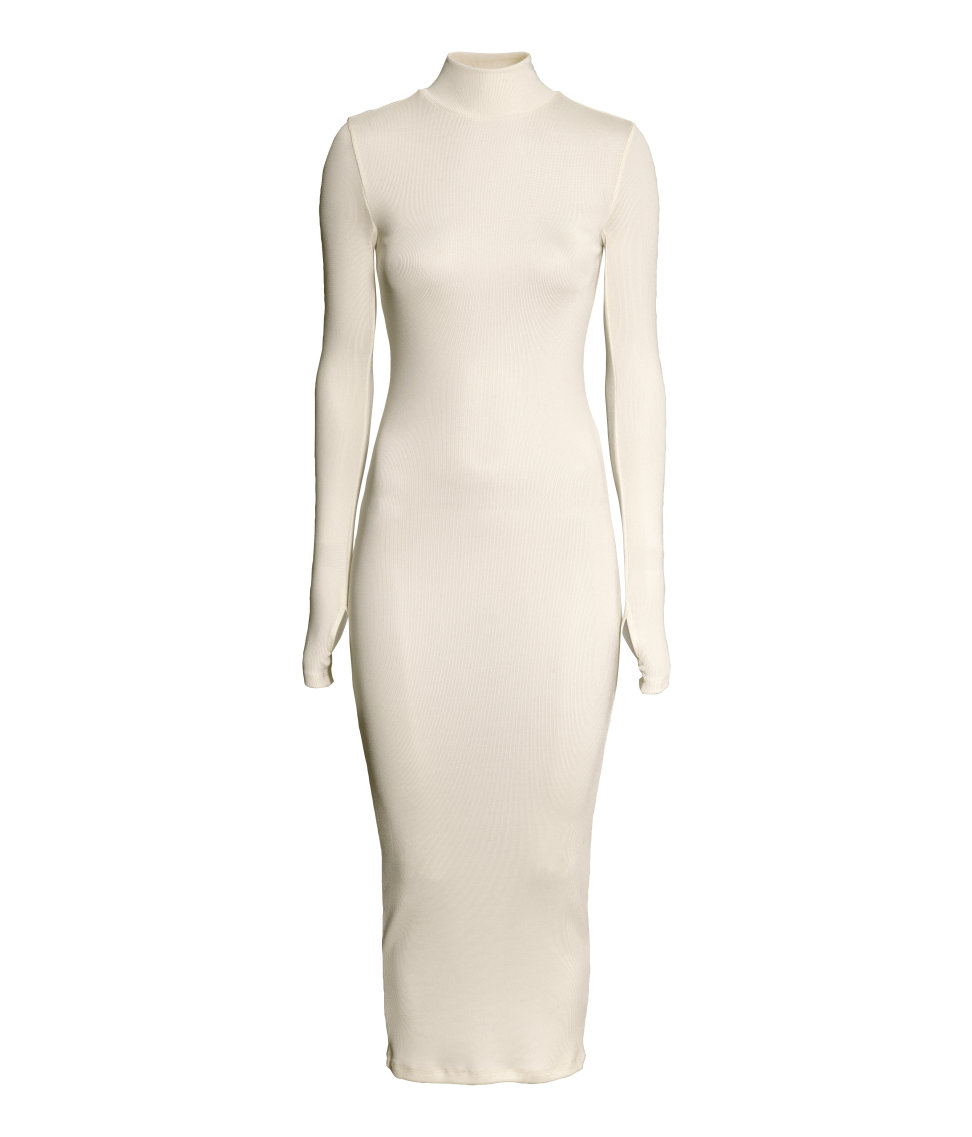