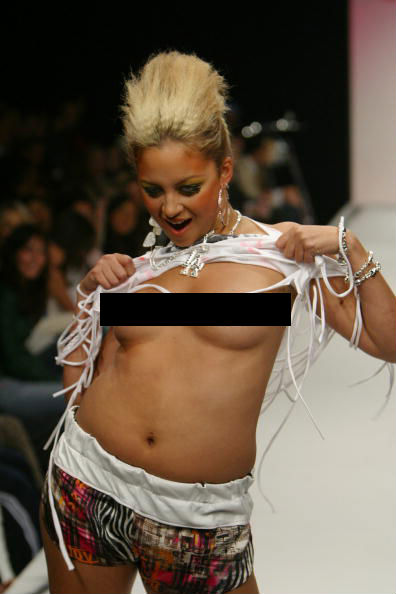 Oh, 2003, how we miss thee. It’s hard not to get nostalgic for a year that counted Juicy sweatsuits, that British lady from “The Weakest Link,” and Ja Rule as pop culture stalwarts, and had no idea what the word “Instagram” meant. But one of the biggest reasons we pine for the early aughts? The unwavering reality reign of Nicole Richie and Paris Hilton.

MORE: #ThrowbackThursday! See Kate Upton As a Kid With Cornrows

We don’t need to tell you that both socialites starred on “The Simple Life,” going from one hick American town to the next, doing manual labor and being their humorously bratty selves. Before the show, we’d heard of Hilton, but we were introduced to Richie—a pint-sized ball of personality that offered a nice juxtaposition to Paris’ vacant that’s hot-ness.

Sure, Nicole was a bit of a mess back then (fighting, drug possession and rehab stints, stripe-y extensions, eating disorders, a general IDGAF attitude), but she still managed to make us really, really like her, and root for her.

MORE: #ThrowbackThursday! See What Rachel Zoe Looked Like As A Toddler

Obviously she’s very much together now—a bonafide fashion star, mother of two, a successful designer, and in a happy marriage with rocker Joel Madden—so looking back at her wild-child days is highly entertaining. Case in point: The below photo.

In 2003—her bad-girl heyday—Nicole walked the runway during LA Fashion Week for a brand called Joey and T, and—unbeknownst to the designers—yanked her shirt up to reveal a newly pierced nipple.

“I was excited and wanted to show everybody,” she told People. “I’ve just gone through so much in my life that pulling my top up just doesn’t seem like that big a deal.”

Obviously it wasn’t, given Nicole’s transformation. If only other troubled starlets (ahem, Lindsay Lohan) were able to get themselves back on track so elegantly. 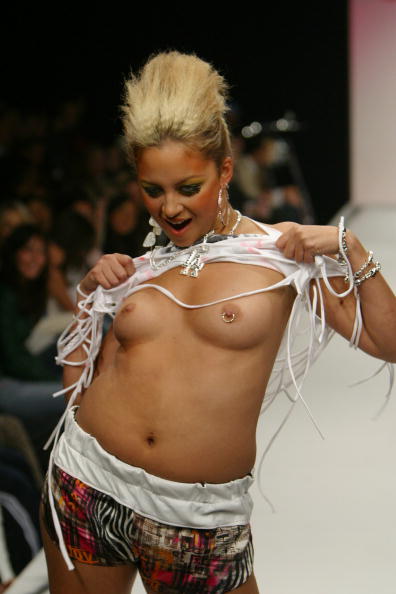