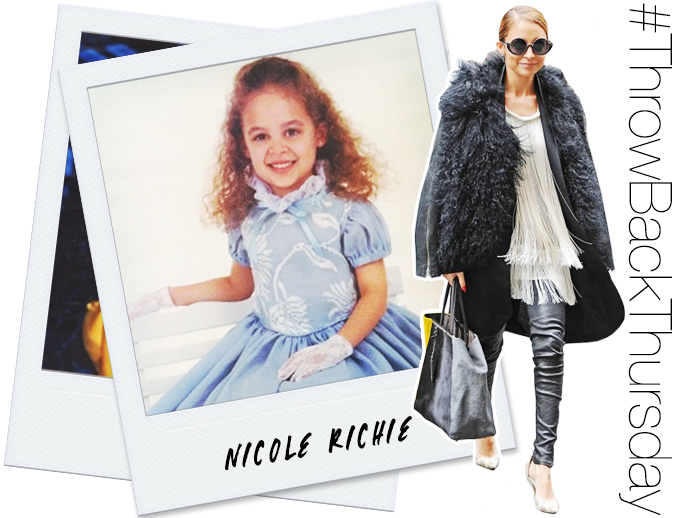 Long before she was a reality TV fixture thanks a little show called “The Simple Life” (where she and former best friend Paris Hilton terrorized small town America), and long before she reinvented herself as a successful designer, a style-setter, and a doting mom of two, 31-year-old Nicole Richie was an adorable little girl growing up in California.

After her parents were unable to afford to provide for her, she was adopted by their good friend, legendary musician Lionel Richie and his wife Brenda Harvey. From there, Richie lived in the lap of luxury, eventually graduating high school in 1999 and heading to the University of Arizona, where she partied with fellow rich kids like classmate Kourtney Kardashian.

But let’s take a moment to appreciate the simpler times, before her days as a red carpet fashion plate. In the above photo, we have a glimpse into how her parents dressed Richie—and apparently, it included blue ball gowns and white lace gloves.

What do you think of this week’s #ThrowbackThursday? Who would you like to see next week?