Nicole Richie and Joseph Altuzarra may be the founders behind respective multi-million-dollar fashion brands, House of Harlow and Altuzarra, but even they had to start somewhere. For Richie and Altuzarra, two judges on Making the Cut—Amazon’s new fashion competition series, which premieres on March 27—the show is more than a day’s work. It’s a way to pay it forward to up-and-coming designers in a way that other fashion names have done for them.

“Nicole and I both talked about really being the beneficiaries when we started our companies of people who gave us advice and who helped us,” Altuzarra says. “So we definitely wanted to give back and pay it forward to help young designers.”

Making the Cut, hosted and executive produced by Heidi Klum and Tim Gunn, follows about a dozen designers as they compete for a grand $1 million prize. Richie and Altuzarra, along with Klum, supermodel Naomi Campbell, fashion influencer Chiara Ferragni and CR Fashion book founder Carine Roitfield serve as the judges for the series. But Making the Cut isn’t your average cutthroat reality show. For the first time in a televised fashion competition, viewers will be able to purchase the winning looks on Amazon, with the profits going directly toward the designer. “That was a really cool move to support smaller businesses in a way that you can’t during this time,” Richie says.

Ahead, Richie and Altuzarra talked to StyleCaster about Making the Cut’s relevance amid the current global health crisis, their “single greatest struggle” as designers and the Naomi Campbell memes they also can’t wait to see from the show.

Making the Cut is available to stream on Amazon Prime Video on March 27. 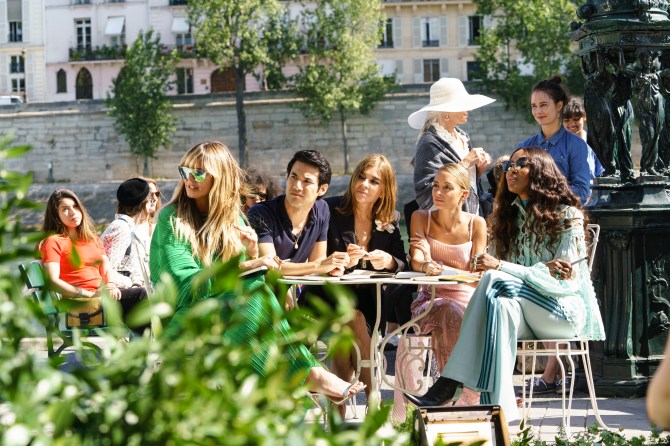 NR: “Being a designer is one thing, but turning it into an actual brand is something completely different. That’s something that’s a real balance. There’s not necessarily one way to do it. It’s about figuring out how to appeal to as many customers as you can, but still hold onto you and know that you can’t please everybody. That’s something we can stand next to the designers and say, ‘We’re all going through it.’ This is a part of being in this business.

JA: “As a designer, that’s the single greatest struggle. Nicole and I have had a lot of conversations about this. How do you stay true to who you are and express what you want to express but also be mindful of the bottom line and remembering that this is a business? 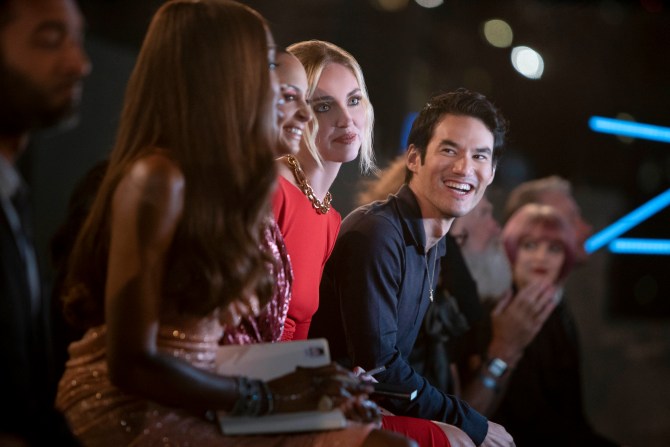 “All the profits from the sales of those winning go back to those young designers. It’s amazing to be able, especially during this time, to support these small businesses in any way we can.”

“I loved working with her. She’s a very old friend of mine. She had extremely valuable advice and expertise. Her voice was extremely important throughout the competition. She’s hysterical. The one-liners that are going to come out are really just everything to me. We were all away from our home. It was like summer camp.”

NR: “The whole point of this is to dress women. It’s important that we show what that looks like. I thought it was very accurate.”

JA: It reflects the time we live in. This idea that fashion means only if you’re a size 2 has really evolved. Talking to different women, different sizes. Thinking about gender differences.I think that’s something that will really resonate with a lot of people and certainly resonated with me.”