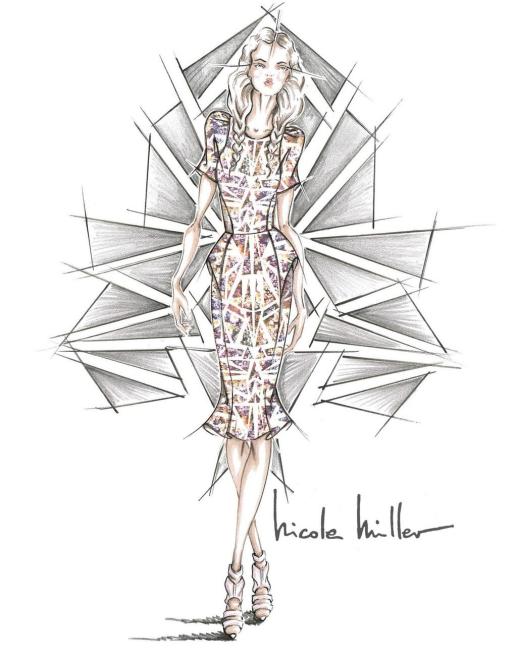 StyleCaster’s weekly #StyleChat frequently tops Twitter’s trending topics each and every Wednesday, and New York-based designer Nicole Miller has long been one of its most loyal participants. Today, Miller surprised us and our tweeps by deciding to share a preview sketch of her Spring 2014 collection during #StyleChat, which shows next week during New York Fashion Week.

MORE: Behind the Scenes of Nicole Miller’s Spring 2013 Show

The sketch depicts a kaleidoscopic, architectural dress paired with a set of futuristic white booties set against a background that echoes the print on the dress.

MORE: How To Break Into Fashion: 10 Tips From a Celebrity Stylist

It says a lot about the world we live in that a major designer like Miller would choose to debut a sketch on Twitter to hundreds of diehard fashion fans, and we’re all for it!

Miller is set to show her full Spring collection next Friday at Lincoln Center, and we’re excited to see what her full lineup holds!