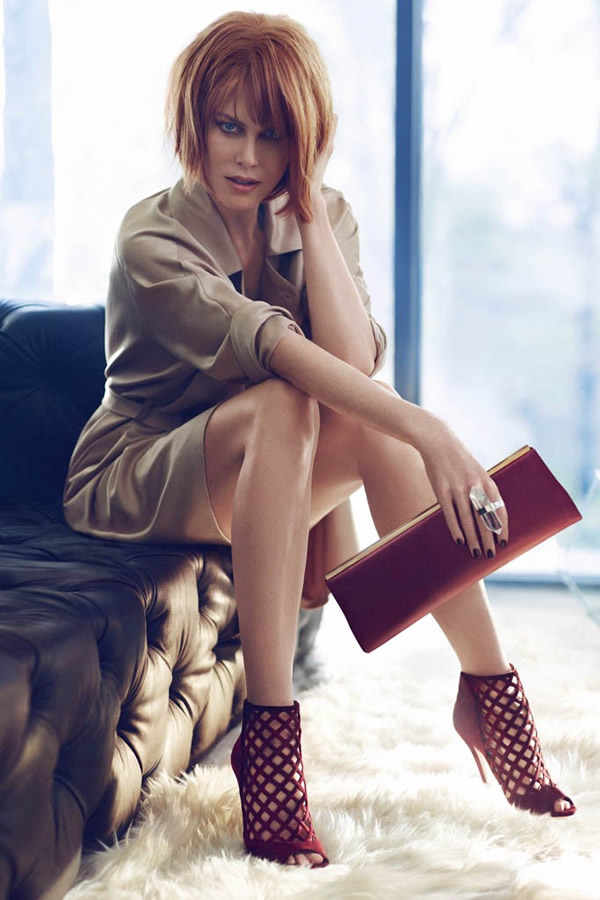 We’ve been diligently tracking the recent explosion of famous women over 40, and the various fashion campaigns they’ve been bagging. The latest star to team up with a high-end label: 46-year-old Nicole Kidman, who appears as the new face of Jimmy Choo in a series of sexy ads that were released today.

Shot by Swedish photographer Mikael Jansson, Kidman looks unrecognizable in the ads rocking a shaggy-chic red bob and a series of simple yet sexy outfits. “I really enjoyed being able to play a role that was strong, sexy and in control,” Kidman told WWD. “I got into a relationship with the photographer, and Mikael is very intuitive, he knows what I am thinking and feeling and is able to translate it through the camera.”

Meanwhile, the brand’s creative director, Sandra Choi, explained the concept behind the ads, stating that Kidman’s purpose is to demonstrate the “multifaceted qualities for the Jimmy Choo woman for this season—strong, sexy, with a beguiling sense of mystery.”

Frankly, we think Kidman should adopt this new look into her everyday routine! The starlet never quite looks the way we’d like her to on red carpets (read: totally modern), so perhaps she can learn something from the Choo ads.

What do you think of Nicole Kidman’s campaign? 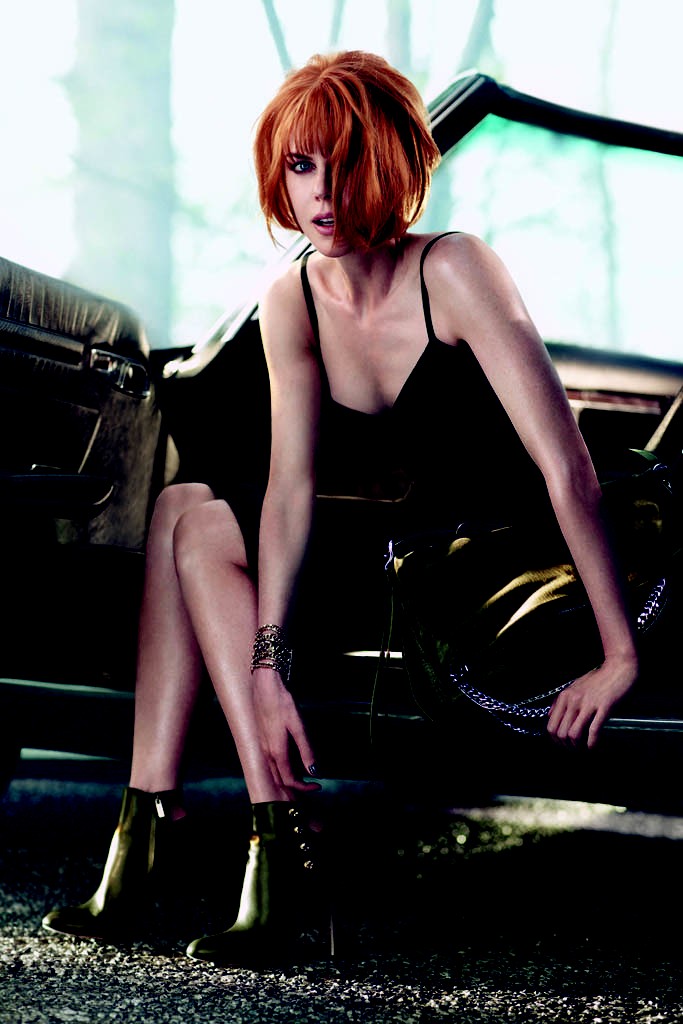 MORE ON STYLECASTER:
Fabulous And Over 40: 12 Famous Women Who Look Better Than Ever
Christy Turlington (she’s 44!) Poses For Jason Wu and Prada
An Expert’s Take on the Over-40 Models Trend