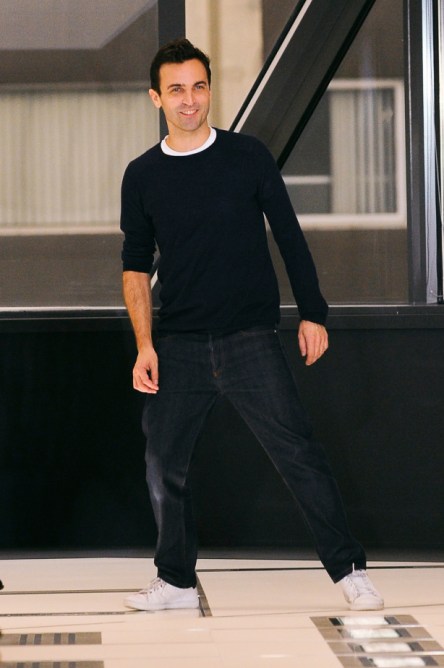 After months of rumors, false reports, and speculation, it’s finally been confirmed that  Nicolas Ghesquiere is indeed set to replace Marc Jacobs as creative director at Louis Vuitton, a position that was vacated by Jacobs last month.

Reports about Ghesquiere heading to the venerable French house have been swirling for months, though nothing had officially been confirmed.

Louis Vuitton is thrilled to welcome Nicolas Ghesquière as artistic director of the women’s collections. pic.twitter.com/iEZkh38kdz

MORE: Everything You Need to Know About 5 Recent Fashion Changeovers

According to WWD, Vuitton said Ghesquière would bring “a modern creative vision to the house’s women’s collections, building on the values of refinement, savoir faire and extreme quality.”

Ghesquiere was the creative director at Balenciaga from 1997 until his departure in November 2012, and was credited with revitalizing the storied brand and making it appeal to a younger demographic. His exit wasn’t without drama, however, and Balenciaga is suing the designer for comments he made last April to Systeme magazine. He was replaced by American It-boy Alexander Wang.

In an interview, Ghesquiere stated that he decided to leave the house because he “ended up feeling too alone” and felt as though he was being “sucked dry.” The designer also accused the label of “lacking in direction” and claimed that he had a lack of support from the business side of the relationship. It’s worth pointing out Balenciaga’s parent company Kering — formerly PPR, is a direct competitor of LVMH, the owner of Louis Vuitton.

MORE: Should You Invest in a Fashion IPO? A Handy Guide

After 16 years at the helm,  Jacobs left to focus on his own brands—Marc Jacobs and Marc by Marc Jacobs—as the designer is planning an IPO within the next three years.