Who wore it better? Rihanna. Rihanna wore it better. Rihanna will always wear better. And the Met Gala Monday night was no exception when she and Nicki Minaj wore dresses to honor designer Rei Kawakubo at the Comme des Garçons-themed event. 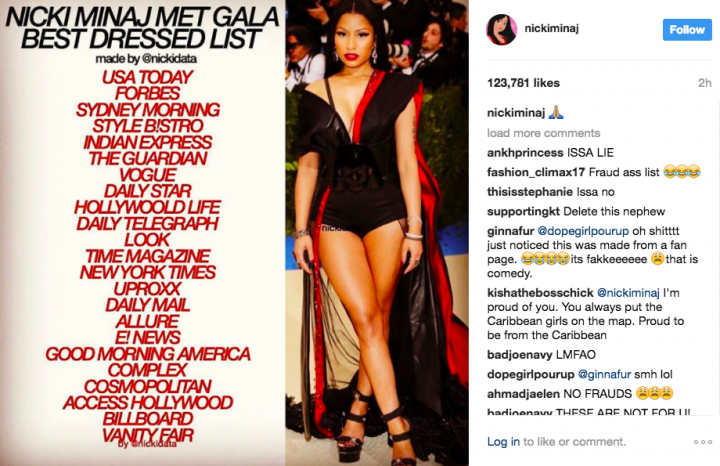 To be fair, Minaj did not create the list herself — she very well may not have even posted it, in which case some poor assistant is probably very sorry (and possibly very fired) this morning. If anything, this is more of a fact-checking error. And after several commenters pointed the inaccuracies out, Nicki deleted the post from her account.

Hours later, as Perez Hilton was quick to note, Rihanna also posted a roundup of the publications that put her on their best dressed lists — with screengrabs of the stories, so they could not be fake without a major photoshopping effort. She added a one-word, self-effacing caption: “casual.”

Was it shade, or was it coincidence? It’s impossible to say definitively, but we can tell you this: Cosmopolitan only named one woman’s dress Most Exceptional Repurposed Leotard.