While “Good Day New York” is filled with squirm-worthy moments on the regular, this interview with Jennifer Lawrence’s ex-boyfriend Nicholas Hoult is the squirmiest in quite a while. 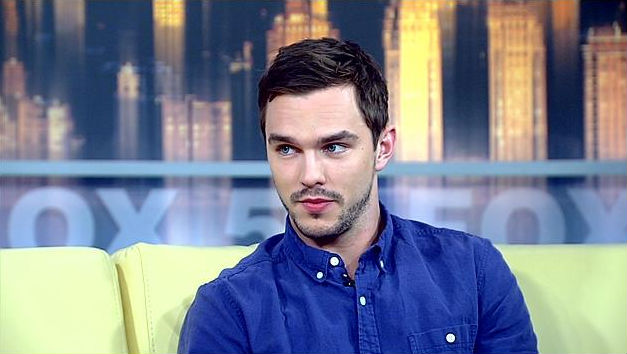 The actor, who made the appearance to promote his new film “Young Ones” with director Jake Paltrow (Yes, that Paltrow), was most likely prepared to talk about that and not what came next.

“Speaking of friends,” co-host Rosanna Scotto began, “Jennifer Lawrence… she’s been making a lot of news lately because of the pictures that were hacked, and I think they might have been pictures that were sent to you.” Squirm central, right? She continued by asking if he wanted to comment.

Stone-faced and clearly uncomfortable, Hoult handled the question like a pro.  “Yea, it’s shocking that things like that happen in the world,” he said. “It’s a shame.”

MORE: Katy Perry Will Perform at the Super Bowl

A shame indeed. Lawrence echoed that statement in a Vanity Fair article that made the rounds this week. “Just because I’m a public figure, just because I’m an actress, does not mean that I asked for this.” she told the mag. “It does not mean that it comes with the territory. It’s my body, and it should be my choice, and the fact that it is not my choice is absolutely disgusting. I can’t believe that we even live in that kind of world.”