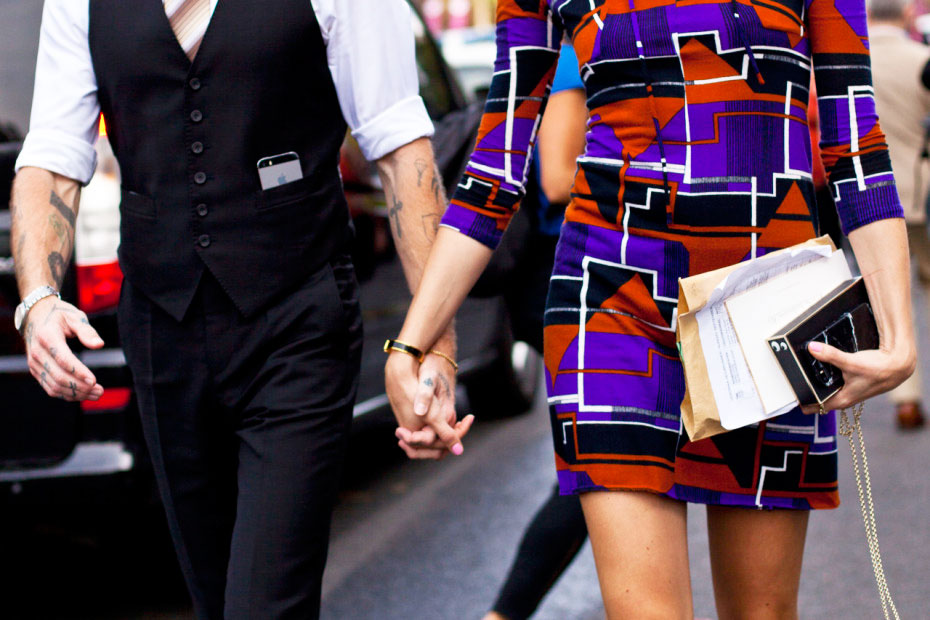 Tinderellas, it might be time to switch up your dating strategy and branch into the world of niche dating apps, because it’s here that real couples are hooking up—and staying hooked up.

Gluten intolerant? Go to Gluten Free Singles, and find yourself a bread-free dinner date. Obsessed with your dog? Twindog will connect you with someone who owns one too. Only want to date within your religion? There are multiple sites for that (JSwipe! Christian Mingle! Single Muslim!). In fact, just last week the launch of a dating service for Disney fans, Mouse Mingle, went viral, and a new love app for the fitness community, Sweatt, launched earlier this month.

Then there’s Farmer’s Only to score a country boy, The League for the super-driven and accomplished, Tall Friends for the long-legged among us, and Date Surfers for the beach babes. In the world of online and mobile dating, things are getting very specific.

Take Bristlr as an example—the dating site circles entirely around the concept of connecting bearded guys with girls who dig facial hair. Unsurprisingly, the idea started off as a joke. “I was trying to think up a cliché startup idea, and ‘Uber for beard stroking’ was what I came up with. I built a fake website for it, and people started signing up! I spent a couple of weeks building a prototype, launched, and the rest is history,” explained John Kershaw, Bristlr’s founder.

And while all these niche dating sites might sound like gimmicks, they’re actually delivering on the one thing many mainstream dating services fail to do: Helping people fall in love.

Lydia and Ben are a twentysomething couple living in Bradford, Pennsylvania, who have been together for nearly a year after meeting through Bristlr.

“We lived around 100 miles apart when we started talking so our first date was actually the first time we’d seen each other in the flesh. We had been chatting via text for around a month and Skype-ing before I travelled to see him and we just spent a really lovely day together in his hometown. We just talked and although we were both nervous we got on just as well as we had over texts and emails,” Lydia explained. Eleven months after connecting through the app, and the couple have actually moved in together.

For Ben (who, yes, happens to have an epic beard), Bristlr was an opportunity to up his chances of a good date by only reaching out to women into his very specific look. If relationships were a business, we’d admit this was a seriously smart marketing move: “I simply heard about Bristlr on another online article and decided to take a look and then sign up. I thought that it was a niche app and, as I have a beard, it might have given me a better chance of having good luck!”

Pia, 29, and Dale, 45, from Montana are another couple who struck up a lasting romance through a niche dating service. Both are gluten intolerant, and decided to narrow down the dating pool to fellow celiacs using Gluten Free Singles (GFS).

Pia’s story is one we all can relate to: She used dating sites and apps like Match.com with zero success for more than two years, and was getting pretty disheartened about the caliber of guys looking for a relationship online. That’s when she found GFS and met Dale—two years later, they’re still coupled up and have moved in together.

“I stumbled across a GFS add while looking online for a gluten-free restaurant. It’s a great idea for a dating site—I thought it would sure makes life easier when I can go into my own kitchen not to worry about being contaminated and I’d feel safe,” Pia told us.

According to David Yarus, creator of JSwipe, an app dubbed the Jewish Tinder, the secret to the success of niche dating communities lies in their specificity. Basically, by filtering potential dates by an attribute that’s important to you, you’re much more likely to have long-lasting success: “Users are able to filter potential matches by denomination and kosher status, allowing for a common ground off the bat, and therefore, a higher potential for a relationship,” he told us.

Bristlr’s founder added that niche apps are about quality, not quantity:  “We see people daily closing their accounts because they found someone on Bristlr (we have an option for people to tell us), and everyone we’ve spoken to about this says they’ve had far better luck with us than on sites like Tinder. Interestingly, we generate fewer matches per person than a lot of our competitors, but the matches tend to be far better,” Kershaw said.

Perhaps one of the most defining attributes about sites like JSwipe and Bristlr is their lighthearted approach to dating. On JSwipe, for example, happy face Star of David appears if you swipe right. Match with someone, and an animation of the horah plays with the message, “Mazel tov! You and ___ have matched!” Sure they’re a tool to strike up a romance, but they’re not taking it too seriously, either.

Oh, and if you meet through one of these sites, you’re basically guaranteed to have something to talk about on your first date. “My favorite thing to hear from couples who’ve met on Bristlr is how their first dates went. Everyone seems to get off on the right foot: because you met on Bristlr, you get an ice-breaker,” explained Kershaw.

So if you’re not having any luck on Tinder, and Bumble just isn’t cutting it, maybe it’s time to get specific.