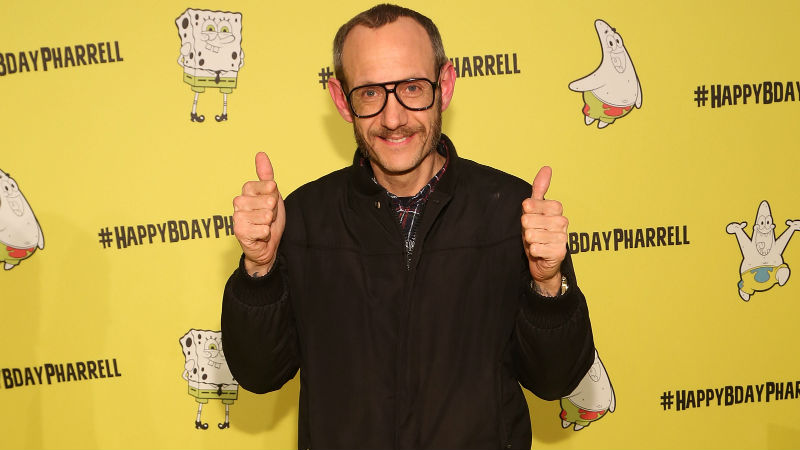 Terry Richardson has had major milestones in his photography career—cover shoots for Harper’s Bazaar and GQ, collaborations with Lady Gaga, Miley Cyrus, and Beyoncé, and working with brands including Valentino and YSL—but in the last few years, he’s become just as well-known for sex scandals.

It started in 2009 with an accusation from model Sena Cech about a forced sexual act at Richardson’s studio and, soon after, a number of other models have been coming out with similar allegations. While, for the most part, Richardson has denied and remained relatively unfazed by the ongoing scandal, he recently spoke with New York magazine for a cover story on the topic.

For those who have been following the string of allegations, this story doesn’t report much that we don’t already know. Sara Ziff, head of the advocacy group Model Alliance (and who’s spoken out about Richardson before) is quoted by the magazine about an encounter with the photographer saying, “It was supposed to be for a mainstream fashion magazine, but when I arrived, he unexpectedly asked me to pose topless. I felt pressured to comply because my agent had told me to make a good impression because he was an important photographer who shot for all the major magazines and brands.”

Meanwhile, Richardson counters this allegation and ones like it, telling New York, “It was never just me and a girl ever. It was always assistants, or other people around, or girls brought friends over to hang out. It was very daytime, no drugs, no alcohol. It was a happening, there was energy, it was fun, it was exciting, making these strong images, and that’s what it was. People collaborating and exploring sexuality and taking pictures.”

Richardson’s ultimate takeaway on the scandal is: “I don’t have any regrets about the work at all, but obviously I don’t ever want someone to feel like that. It was never my intention. But also, people do things, and then they have regrets, and that’s also nothing to do with me. Then don’t do pictures like that again … I’m okay with myself about everything, and that to me is the most important thing.”

Why the article is really worth reading, though, is because of its incredible backstory on Richardson’s life, covering topics like his famous photographer dad who went from marrying Anjelica Huston to living as a homeless schizophrenic, Richardson’s adolescent years in a punk band, his time as a heroin addict, and how he got his start in photography.

Probably the most interesting reveal in the piece is that Richardson is joining the ranks of his pal James Franco denying he ever had sex with Lindsay Lohan (remember that Richardson was included on Lilo’s famous list of sex partners). “Somehow she said we spent a romantic night making love at the Chateau Marmont. Which never happened. Then, on the internet, people are like, ‘He did this and that.’ But it’s totally untrue.”

And yes, while the New York magazine piece doesn’t do much in offering up new facts, it will likely turn into a major touchstone in Richardson’s career. After all, when you’re on the cover of a magazine dissecting whether you’re a sexual predator, is H&M really going to want to hire you to shoot its fall campaign? Probably not.

Does this article change your opinion on Terry Richardson? Share your thoughts in the comments below!