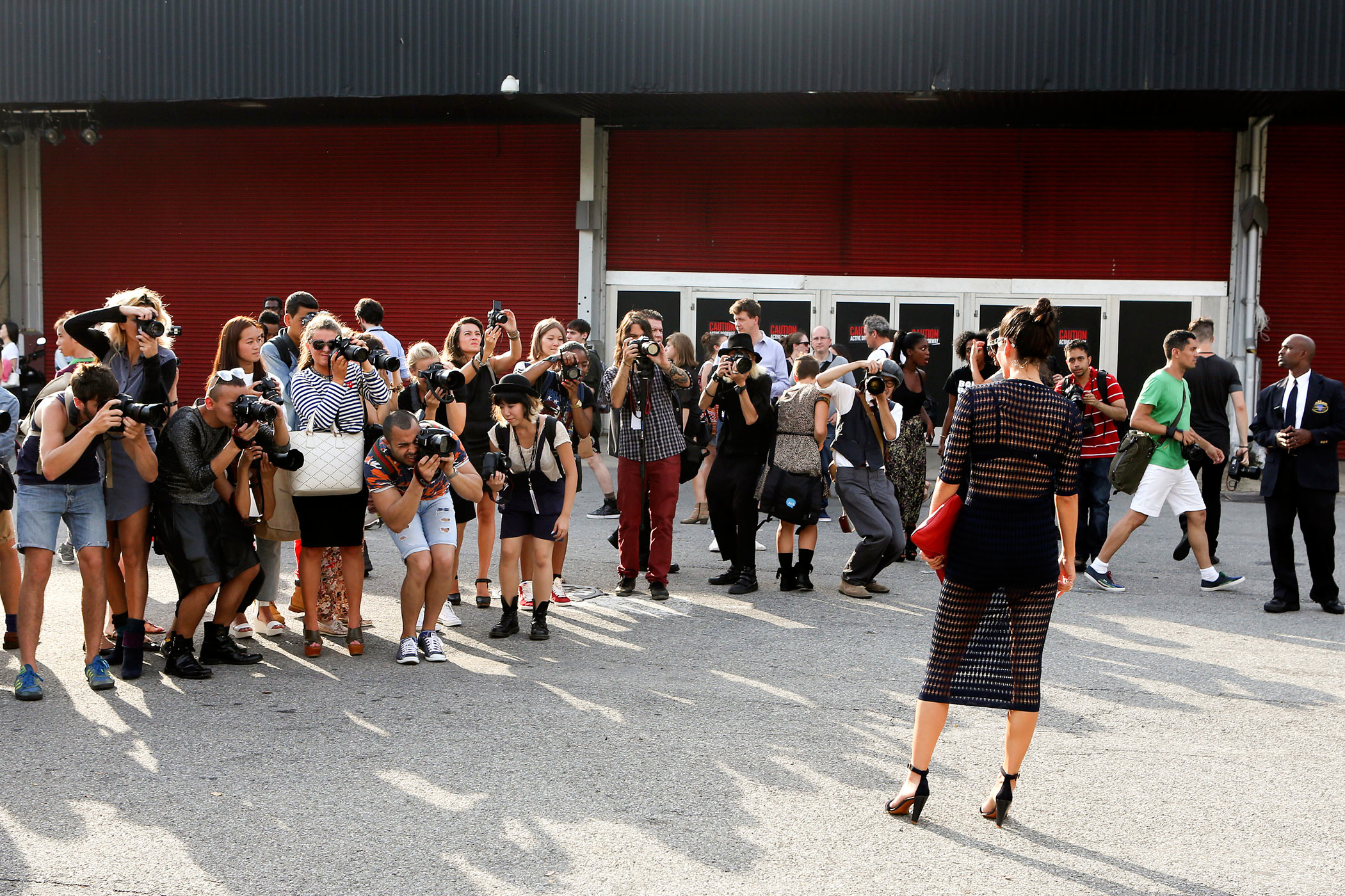 “Have you guys noticed that nobody seems to be that excited about Fashion Week?” This was the question StyleCaster’s Editor in Chief posed to a few staffers while on line at Starbucks last week, after a discussion broke out about the general lack of buzz surrounding this season.

Typically, right before New York Fashion Week kicks off, there’s an intangible current running through the industry, and an almost endless amount of pre-coverage—whether it’s sites like ours competing for scoops, creating too-insidery-for-comfort “survival guides,” and endless strategizing about ways to cover the madness of the week that’s separate from everyone else.

This season though, things just feel, well, different. In fact, some could argue that the buzz has been waning among insiders for a few seasons, thanks to the prevalence of things like digital media and the hordes of preening street style stars trumping the actual collections, all of which raise questions about why—and if—New York Fashion Week is important anymore.

Naturally, just as we’re all asking that question, the New York Times comes along and tries to give us an answer.

In an article today titled “Is New York Fashion Week Near the End of the Runway,” fashion journalist Eric Wilson succintly puts into words what several industry folks have been thinking for the past few seasons.

To the outside world, Fashion Week may look like the most fabulous party on earth, but insiders are getting a little tired of all the fuss. In its present form, it is more like Fashion Month, beginning Thursday with the overscheduled spring collections in New York and ending with those in Paris on Oct. 3, with no breaks in between for the now thousands of writers, retailers, photographers, videographers, bloggers and hordes of indeterminate somebodies who for various reasons Really Must Be There.

Wilson also points out that just when fashion at large has become a very present force in popular culture “attracting a new generation of designers (and wannabes),” Fashion Week is losing its relevance.

To be fair, one could argue that’s true of anything that starts out elite or cool then gets adopted by the masses, whether it be wedge sneakers, Céline bags (“so over them” we memorably heard one fairly prominent print editor mutter at last season’s fashion week), or Hushpuppies, the terminally uncool shoes that got a mass-market following in the ’90s after a group of fringe hipsters starting wearing them. 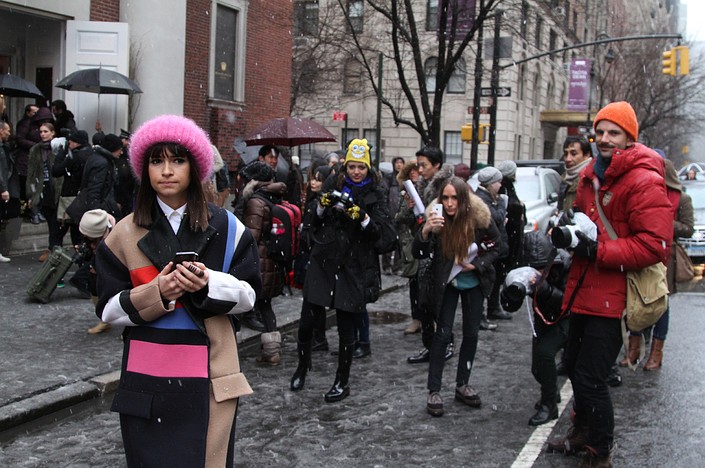 So, why exactly is NYFW losing its relevance? Apart from a dizzying overabundance of shows and presentations (around 350 over nine days), the two big factors insiders seems to agree on are the democratization of fashion by bloggers, who are actively proving that anyone with an SLR camera and a laptop can be an in-demand editor, and the instant-access digital world we’re living in.

(For the record, StyleCaster’s motto is “Style to the People” and we’re a digitial media company, so we’re on board with fashion generally becoming more inclusive.)

Beyond that, though, Wilson pointed out that another factor that threatens NYFW is the fact that the shows held at Lincoln Center, produced by IMG Worldwide and called Mercedes-Benz Fashion Week after the title sponsor, have started to resemble an airport terminal or a trade show, with overwhelming crowds and displays of sponsorships. Wilson also writes that despite a few big-name designers who show at the tents, most are moving off-site to avoid the factory feel of Lincoln Center.

“I feel like we are in someone else’s territory,” designer Anna Sui told the Times. “Every season I think about moving [from Lincoln Center], but frankly, economically, the tents make sense.” The biggest advantage to showing at the Lincoln Center “tents” is that spaces there are less expensive, as they come equipped with lighting, seating, and sound. 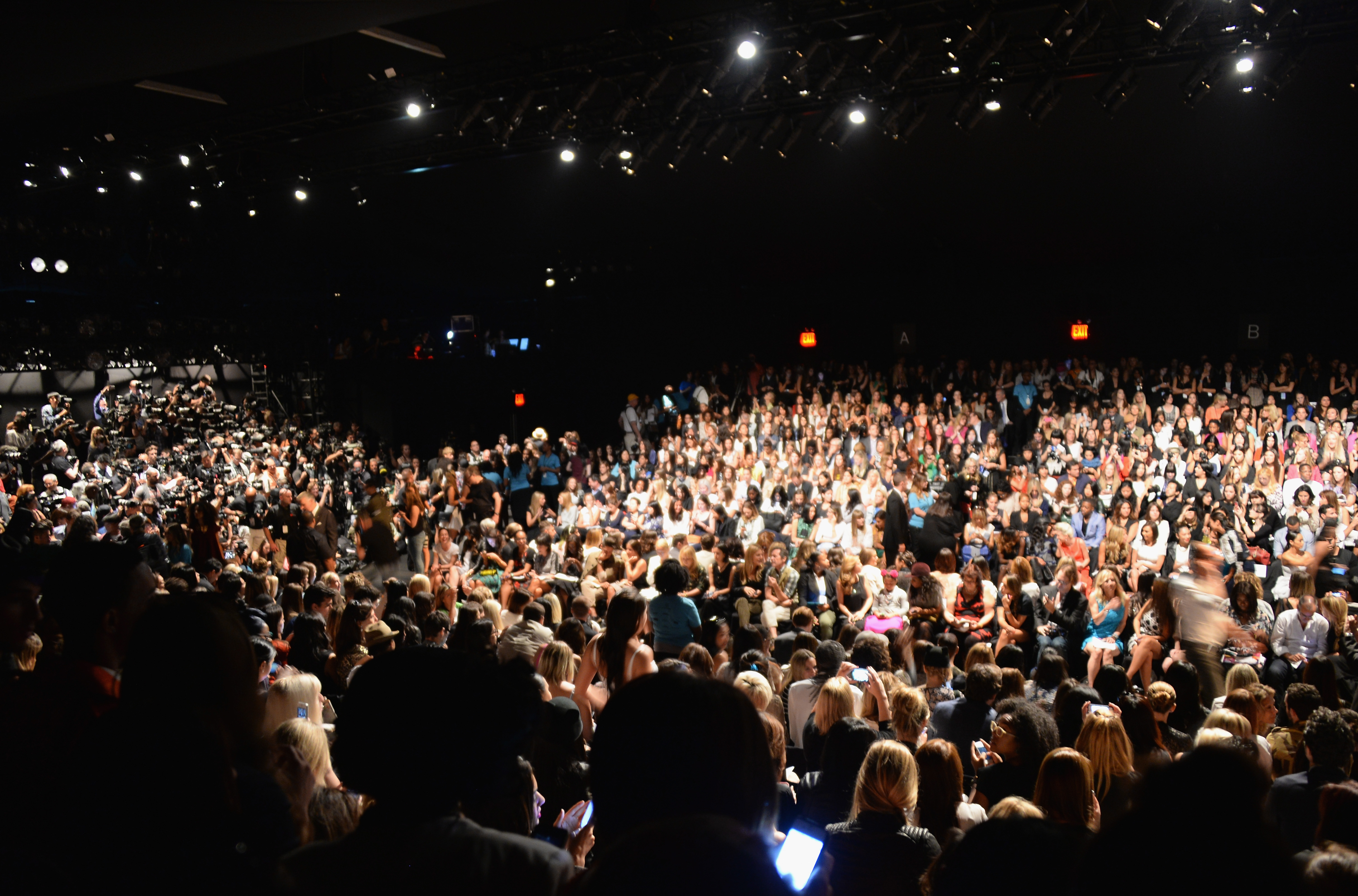 The scene at a Spring 2014 show at Lincoln Center.
Photo: Imaxtree

Overall, it’ll be interesting to see where New York Fashion Week goes—as the Times pointed out, Diane von Furstenberg recently remarked that a few years from now, all designers could be showing digitally—and whether it’ll matter to the same people it used to, i.e. the by-trade editors, the buyers, the stylists, and the rich consumers. Maybe not, at least according Tamara Mellon.

Mellon—the the former Jimmy Choo head honcho—is designing her own high-end line and decided to scratch the whole notion of shows altogether, opting instead to introduce smaller collections throughout the year, and deliver them to stores in the season for which they were designed.

“I, for one, hate to buy a coat and not wear it for four or five months,” Mellon told the Times. “And my customer doesn’t care about Fashion Week.”

To read the entire article (and you really should—it’s extremely thought-provoking), head over to the New York Times now, and let us know: Do you think New York Fashion Week is losing its relevance?