With all the options for dating apps out there, the world of finding a relationship online has become an  overwhelming place and—thanks to the fact that we’re all able to hide behind our screens— the chance of getting creepy, uncomfortable, or inappropriate messages are pretty much guaranteed. Well, three former Tinder execs are here to help with a new mobile dating app called Bumble, which aims to solve the issue of creepy matches while keeping the ease and fun of Tinder. 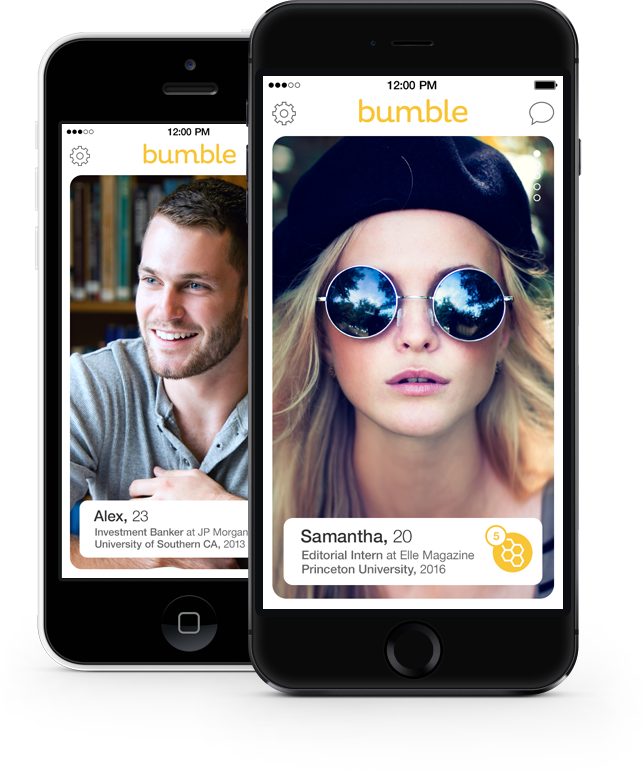 You may recall that former Tinder co-founder and VP of Marketing Whitney Wolfe left the app earlier this year with a headline-making bang: By filing a sexual harassment lawsuit against one of the app’s cofounders, who was also her ex-boyfriend (and who allegedly called her a “a joke”, an “emotional girl”, and a “whore” on several occasions.)

Wolfe’s suit settled out of court in September,  and she’s returned with gusto—along with two other former Tinder employees—with Bumble.  On first sight, it looks very similar to the addictive swiping app, but the company’s Facebook page claims they are “everything you’ve always wanted from a social discovery app with none of the things you don’t,” a clear poke at the rapid-fire dating world of Tinder. They aim to create suggested matches “based on more relevant signals than other, more shallow apps,” that are full of “creepy guys and cheesy pickup lines.”

MORE: How Lame is Your Online Profile?

First off, conversations are initiated by women, which will already help limit the amount of creepy messages from guys. Second, Bumble gathers more information about a person than just a photo and bio line.  Profiles include photo, biographical information like your job, age, and where he or she went to college.

MORE: The 12 Worst Things You Can Write on a Dating Profile

How do we know the company is taking their no-creeps policy seriously?  Their Terms & Conditions state it pretty clearly with a “zero-tolerance policy” for content or language that “could be deemed offensive or is likely to harass, upset, embarrass, alarm or annoy any other person.”

We’ll have to wait until our post-Thanksgiving weekend to find out if the app delivers on its promise, but here’s hoping to an mobile dating world that’s less creepy.