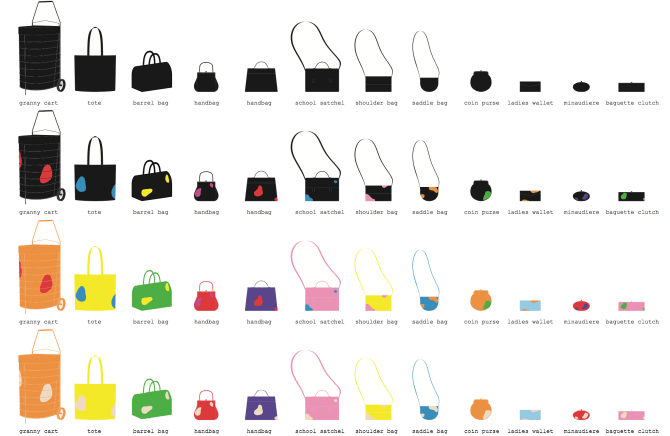 Lena Dunham is not only rumored be in talks with Wintour to be Vogue‘s next cover model, she’s also proving she has her finger on the fashion pulse by showcasing a seriously fashion-forward purchase: a new mouse purse from L.A.-based line, WELCOMECOMPANIONS. Posting her new acquisition on Instagram (because pics or it didn’t happen), her caption reads self-deprecatingly Dunham:  “Mouse Purse by @welcomeprojects is my new roommate. We both like to hide in holes and steal cheese in the night, so we are very compatible.”

For those less familiar with the label, WELCOMECOMPANIONS is an architecturally-driven line helped by designer Laurel Consuelo Broughton. Dunham isn’t the label’s only big fan: Broughton has been cultivating an impressive following among the more thoughtful Hollywood set, and the proof is in her upcoming collaboration—a handbag collection with artist and all-around lady crush magnet Miranda July. Perhaps best known for her film “Me and You and Everyone We Know,” July’s latest work, We Think Alone, is an ambitious online project that incorporates 20 e-mails, sent over 20 weeks, from the inboxes of Kareem Abdul-Jabbar, Lena Dunham, Kirsten Dunst, Rodarte’s Kate and Laura Mulleavy, and more.

July and Broughton’s new handbag collection debuts next year, but you can get a sneak peek at the designs above! We caught up with Broughton and July to chat about power duos, playful things, and the soon-to-be-released Miranda bag.

StyleCaster: Why did you start Welcome Companions?
Laurel Consuelo Broughton: WELCOMECOMPANIONS started in 2011. After working in architecture, the project and brand came out of my interest in making smaller, more playful things.

Why did you decide to do a collaboration with Miranda?
LCB: Miranda got in touch with me after seeing some of the pieces and we realized that we shared overlapping interests and aesthetics. When I began working on the next collection, I was interested to try and see if she might want to be a part of it.

Why did you want to work with Welcome Companions?
Miranda July: I was very intrigued by the fact that Laurel has made things in so many mediums, all linked by her strong sensibility. I relate to that. And while I think we have much in common, we actually have almost no crossover in terms of skills, so our combined knowledge feels like a giant space to run around in.

Who did you have in mind when you designed these bags?
LCB: Always someone strong who wants a little play in their day.

Whom of your We Think Alone contributors would love this bag?
MJ: I think they would all love this bag. It’s a mistake to think that Kareem Abdul-Jabbar would not have a use for The Miranda.

If you weren’t a designer, what would you be doing?
LCB: Oh so hard to say. I’m not sure at this point I can imagine anything different. In college, I wanted to be a poet. And then for a while I wanted to get a PhD. But art and design are ways of working with ideas whilst simultaneously creating objects that people can interact with.

Did this collaboration whet your appetite for future forays in the fashion realm?
MJ: I’m always up for making things with women I admire and it’s fun to work on something as a total beginner — each step is new and fascinating, kind of like that show “How It’s Made.”

What have you been wearing nonstop lately?
LCB: My Welcome Companions Mouse Crossbody bag is a staple favorite. And so are my two new gold bracelets from Gabriela Artigas, one on each wrist; and I’ve been trading off between a pair of Nike Air Max’s that I custom made several months ago in navy blue with Yves Klein blue accents; and my Robert Clergerie wingtip brogues.

Who’s your next dream collaborator?
LCB: I’m so happy and busy working with Miranda right now I haven’t really had time to think about it. There are so many intriguing people out there!