When nerdy Harry Potter character Neville Longbottom—aka Matthew Lewis—posed in an underwear shoot for Attitude Magazine in May, “Potter” fans across the world completely flipped out. Now, we have another snap from the shoot that proves Mr. Lewis is definitely all grown up.

Photographer Joseph Sinclair shared the super-hot new outtake yesterday, which Matthew swiftly reposted to his own Instagram. Unsurprisingly, the post–which shows a shirtless Lewis and his mesmerizingly chiseled abs– has already attracted nearly 50,000 likes and over 5,500 comments.

He captioned the post, “A ‘regram’ (is that what they call it?) from the one and only @josephsinclair. That boy got mad skillz with the camera.”

A "regram" (is that what they call it?) from the one and only @josephsinclair. That boy got mad skillz with the camera.

Just to refresh your memory, this is what the actor-turned-model used to look like back in his “Harry Potter” days. Still cute, but an entirely different type of cute: 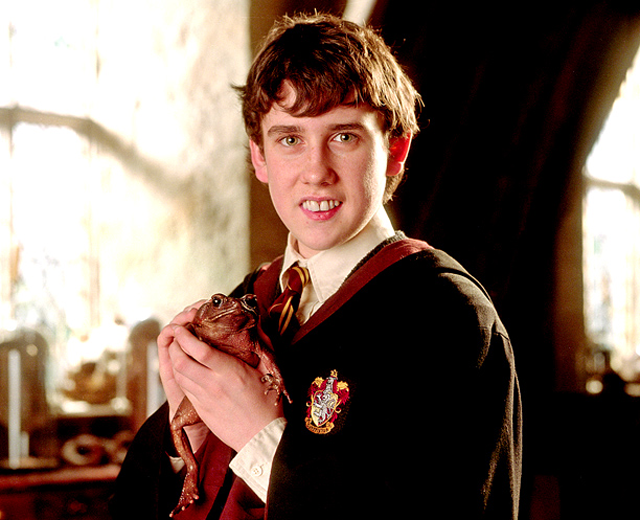 Matthew Lewis when he played Neville Longbottom in “Harry Potter.”

Just to refresh your memory, here’s the originally-released cover shot of Lewis taking off his shirt that sent you into a tizzy back in May. Even “Harry Potter” author, J.K. Rowling, couldn’t hide her surprise when she saw the ultra sexy photoshoot, tweeting, “.@Mattdavelewis Not as bad as watching Dan in Equus, but close. Warn me next time, for God’s sake.”

.@Mattdavelewis Not as bad as watching Dan in Equus, but close. Warn me next time, for God's sake. https://t.co/r8EUd1GKqT 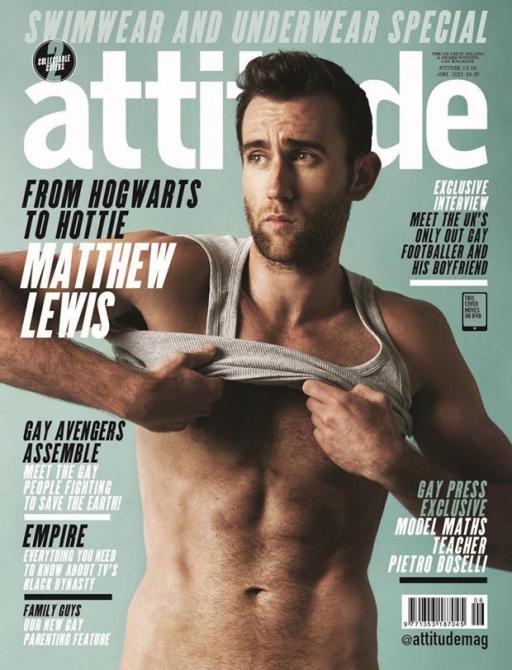 And, because this celebrity transformation is the gift that just keeps on giving, scroll on for more snaps from Lewis’s Instagram. Since his Longbottom days, he became buddies with Ariana Grande, an activist for food education in schools, and very, very good looking.

I'm having way more fun than the dog underneath me. #storyofmylife #charliethedog

Chilling backstage at the O2 and look who rocked up… @arianagrande totally killed it last night! 😍

I'm supporting @Jamieoliver in fighting for food education for EVERY child. Sign it. Share it. change.org/jamieoliver #FoodRevolutionDay