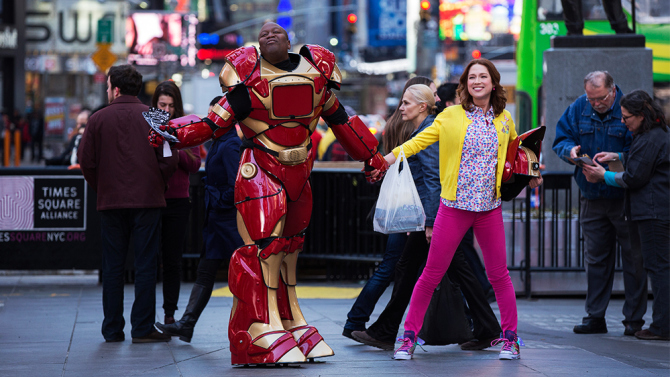 Even if you passed Econ 101 by the skin of your teeth, you probably picked up one crucial tenet: When demand increases, so can prices. We’ve seen it with fashion (Mansur Gavriel’s $495 bucket bag sold out in record time, and the label supplied more at almost a $200 increase), we’ve seen it with agriculture (global demand for avocados is growing at such a rapid pace—thanks, Instagram—that farmers in California, Mexico and Chile can’t keep up, which is why they’re so damn expensive) and now we’re seeing it with our beloved Netflix.

Loyal Netflix users have enjoyed high-definition streaming for $7.99 a month, grandfathered in on a plan that’s cheaper than what’s currently available to new subscribers, but—according to Time—the company issued a note to shareholders this week reiterating that the lower-paying viewers will either keep paying $7.99 a month but get downgraded to standard-definition streaming, or shell out $9.99, the going rate for new customers, and get HD programming.

Why in the sam hell would they inflict such a scourge on subscribers? Well, for starters, Netflix is pretty much as ubiquitous as iPhones these days, so they can.

A February 2015 report acknowledged that the company could spend as much as $5 billion on programming 2016—making it the second biggest spender on content after ESPN—which means they’ll need more money to keep churning out the things we’ve come to expect from them (ahem “House of Cards” season 204.)

Now for some good news: The 2016 lineup of shows—both new and returning—are pretty spectacular (ahem, Winona Ryder), although let’s be real: Unlimited HD access to Titus Andromedon is the real selling point.