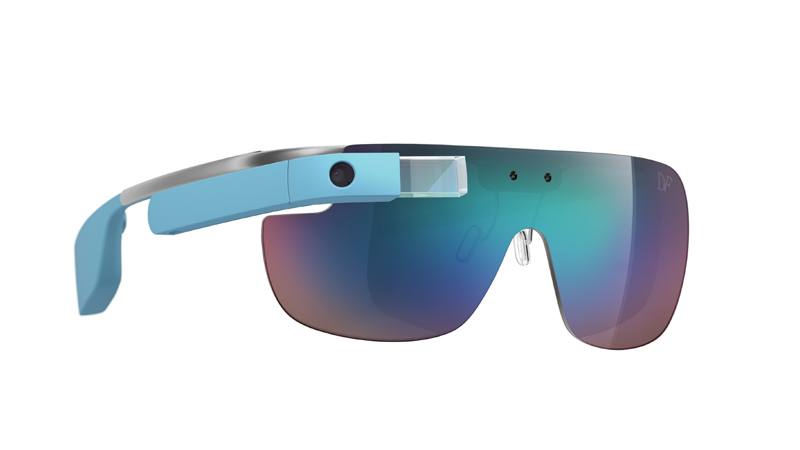 One style of the DVF | Made for Glass. Photo Courtesy of Net-a-Porter.

Starting June 23, a lot more people are going to be able to get their hands on Google Glass. Luxury e-commerce giant Net-a-Porter, and its men’s offshoot Mr. Porter, have announced that they’ll be the first third-party retailer to offer the coveted piece of fashion meets technology in just a few weeks.

MORE: Here’s What the New Google Glass Will Look Like

Since it is Net-aPorter, it’s not surprising that Google Glass has gotten a stylish makeover with help from Diane von Furstenberg, along with an in-house design team at Google who built versions in Titanium.

The “DVF | Made for Glass” will sell for for $1,700 on Net-a-Porter and include Glass (the actual technology that lets you do everything from read emails to take photos), a DVF optical frame, a sunglass style, earbuds, and a case. Meanwhile, Mr. Porter will begin selling a selection of Titanium options for $1,650 that includes Glass, a pair of optical frames, and a pair of sunglasses.

The fashion versions of the technology will also be made available on Google the same day, though pricing could differ because Net-a-Porter is only selling Google Glass in prepackaged bundles.

MORE: History of Sunglasses on the Red Carpet

In a press release Natalie Massenet, the Founder and Chairman of The Net-a-Porter Group said: “We are thrilled to offer Glass to our tech-savvy customers who are true leaders and innovators in style and lifestyle…We pride ourselves on leading the way in delivering the best in service, product, and technology and we are excited to bring Google Glass to our US customers, many months ahead of the Glass global consumer release.”

One style from the Google Glass Titanium Collection. Photo Courtesy of Net-a-Porter.

Originally available only through a very limited beta program, Google Glass became available to everyone beginning in May, though at $1,500, it’s not exactly an item that everyone can afford. Glass with prescriptive lenses, meanwhile, will set you back $1,725, when purchased on Google.

More than just price, Google has been criticized by some who have called the glasses simply unwearable. Designer Marc Newsom, for instance, told Dezeen he “wouldn’t be seen dead wearing” Google’s “pretty stupid” designs, and that Glass was like the Segway. “It’s such a fantastic piece of technology but you just look like a complete dick when you drive around on it.”

The new fashion-minded offerings, coupled with the availability on Net-a-Porter, is a clear move by Google to try to rectify that problem. The real question is will shoppers in the market for Dolce & Gabbana cocktail dresses and Jimmy Choo heels bite? Time will tell.