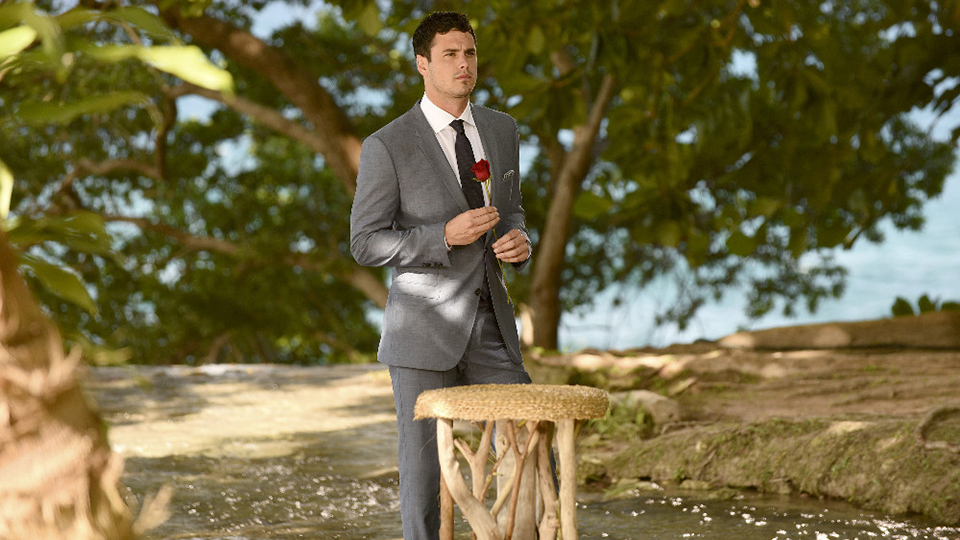 After 14 seasons, the Neil Lane engagement ring has become as much a part of The Bachelor franchise as rose ceremonies or two-on-one-date drama. The jeweler himself has a long history in Hollywood, having built a reputation in the ’90s and early ’00s as the go-to guy for starlets in need of some sparkle for the red carpet or their nuptials, along with designing a line for diamond juggernaut DeBeers. He signed on with the reality show in 2008, and has since solidified his status as a household name with partnerships with mid-priced retailers Kay Jewelers and Jared (both of which are owned by mall giant Signet Jewelers).

Today, we spoke to the jeweler just as he got ready to head to Hollywood Studios for the live taping of The Bachelor finale, where Ben Higgins had to finally choose between Lauren Bushnell and JoJo Fletcher. Echoing the language used by contestants, Lane describes his relationship with the show as a “journey” (as in: “It’s been an incredible journey, like I was meant to do this and I didn’t know it.”) Every season, he creates six rings—he’s just finishing up the last two for the upcoming season of The Bachelorette—and one goes to the show’s winning couple. As many fans know, however, the pair have to give it back to the network if they don’t last more than two years (which puts the total circulation of Lane’s Bachelor engagement rings at five so far, not counting the two anniversary diamonds couples from earlier seasons have since picked out).

StyleCaster: First things first: How did your partnership with The Bachelor come about?

Neil Lane: It was really interesting. ABC, or the production company, called me a number of times over a few years and they talked about being involved in a show called The Bachelor. And truthfully—I know this is kind of weird to say since I’m so involved in Hollywood—but I don’t watch that much TV. I had definitely heard of it, but I didn’t really know the significance of it. And so I turned it down. I guess it went on like that for a couple of seasons, and then one time I got a call and they asked me again would I participate, and I still hadn’t really watched it, but one of my assistants said, ‘You know, that’s really a popular show—you might really have fun doing it.’ And so I said yes.

How has your relationship with Hollywood benefited your brand?
It’s kind of an interesting question, because I’ve been doing this 25 some-odd years, and everything I’ve done has been very organic. When I first came [to Hollywood] I was doing red carpets. And red carpets really weren’t a big thing. There weren’t that many back then, and I was working with Hollywood and designing their jewels—I wasn’t even designing their engagement rings, but there were so many young starlets getting engaged that I started.

Hollywood, of all things, has promoted me, has benefited the brand, has given me exposure from the little counter that I had when I first came here in a little antique center. I lent Renée Zellweger jewels for her first Golden Globes nomination. She came to the stand one day with a dress and she said, ‘Neil, can I borrow some jewels? I’m nominated for a Golden Globe.’ And she tried on the dress right there in front of my counter with the jewels, and the next day she won [for Nurse Betty], and she thanked me on camera. She said, ‘I want to thank my friend Neil Lane.’ And my mom called me and was like, ‘Wow!’ So I think this whole thing has been a journey—from designing for DeBeers, the biggest diamond company in the world, and then doing this popular show, The Bachelor, the longest-running reality show about love, and then Kay and Jared—everything has been helpful. It’s all been part of an amazing growth—I can’t say one without the other. 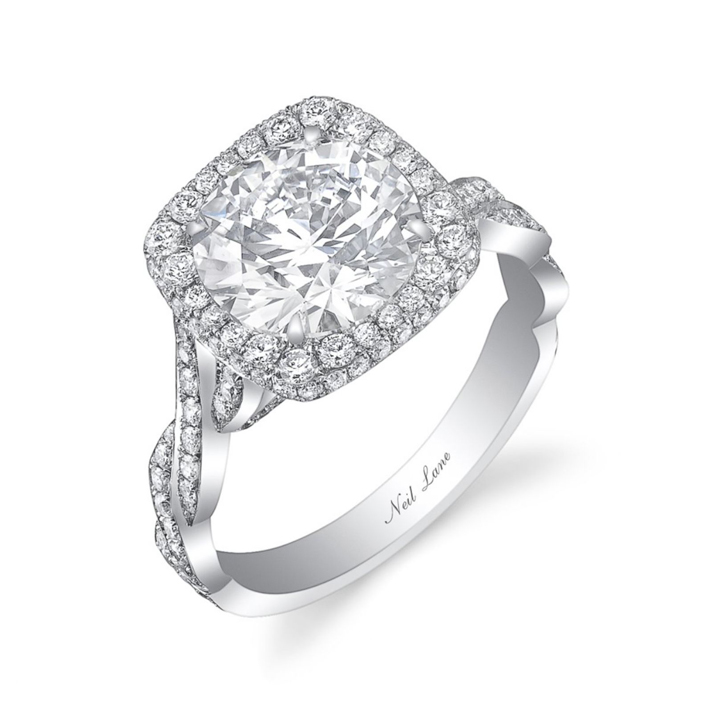 Do you have customers that come to you because of The Bachelor?
Absolutely. I don’t know how to separate which came first, the horse or the cart: When I started designing rings, it never stopped, because I was designing for all these starlets and movie stars, like Zellweger, Madonna when she first got engaged, Courteney Cox, Demi Moore—when I was here, whoever was popular at the time was coming to me for their engagement rings. It was amazing. And now we have a whole different mass level. It’s been like a journey, like an incredible journey.

It’s totally been a tremendous boon for me, but I think it’s helped to whole American bridal industry. I don’t hold copyrights on everything I do—when you affect change, people use it. It becomes part of the lexicon, and that’s kind of cool. If you look now in the assortment of American bridal, you can see the aesthetics that I brought to it. The whole industry has benefited—it’s been boosted, and now girls can get things like they see on The Bachelor, or they can get a piece of that Hollywood glamour with that vintage vibe, which I don’t think was available before. I’m not saying I did all of that—I think the energy of the universe, I was in sync with that.

What are your thoughts on the show’s format?
I guess people can be skeptical about the show, but with online dating today—a lot of people that come into our store that we sell rings to, they actually met online. So if online dating works, why shouldn’t this? I was skeptical of it in the beginning—I didn’t understand it. But now that I’m a part of the show, I really feel like these people, they are sequestered, but they really learn to love each other—or not love each other—on a fast track.

I saw that some of the couples from past seasons who didn’t end up with Neil Lane engagement rings—Trista Rehn and Ryan Sutter, Jason Mesnick and Molly Maloney—have come back to you for anniversary rings. Why do you think that is?
Because they want to be part of a club when they go to these reunions. All the girls stick their hands out and go, ‘Oh Neil, look at my ring!’ 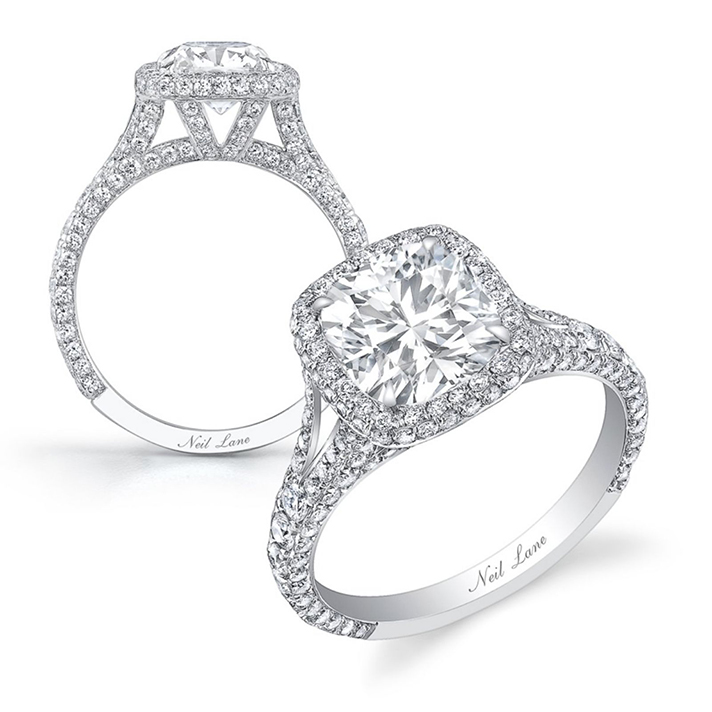 Everyone always wants to know what happens to the rings that contestants have to give back.
I’m constantly asked that, because it’s such a curious thing—I have to just explain to you that when I make these rings, I make them with a lot of love and compassion, just like I do at my store. And I make rings hoping that people stay together forever, but after they get the ring, I don’t have a say in it, and what happens after that, I don’t know. Where the ring goes, I have to say, I don’t really know. I just say it goes to ring heaven. That’s my response. I do make these rings with a great deal of passion—I have my whole staff working on them, with a lot of romance involved. And we hope it lasts forever. And surprisingly, there are some that are doing amazingly well.

Do you have a favorite ring? Or do you not play favorites?
I’m partial to the cushion-cut diamond—maybe Sean and Catherine’s—I think that was really pretty. The thing with diamond rings, is there’s only a certain way you can make them. I’m a very classical designer—I believe in a central diamond with diamonds around it, and a band. I’m not going to make a ring that can fit on your head or double up as a pendant.

What really makes a Neil Lane ring?
We have concepts and we start to draw them, and I think because of the aesthetic, they come out to be a Neil Lane ring. They come from my energy, my sources, and the workshops I work with. And I think people want that—they want it to look like a Neil Lane ring. Whatever it is, they want that aesthetic, they want that vintage vibe—I don’t think I can really describe it. When I look at it, I know if it’s my baby or not. You know, like in the hospital, when people say, ‘Can you pick out your baby,’ and they’re all newborns? You probably could!