Nathan Soan Mngomezulu and Holly Scarfone are two of 12 contestants on Too Hot to Handle season 3, which premiered on Netflix on January 19, 2022. Too Hot to Handle, which first premiered in 2020, is reality TV dating competition where 10 to 15 men and women spend four weeks at a retreat in a tropical location with the hopes of breaking their cycles of meaningless flings to form long-lasting relationships. At stake is also a $100,000 grand prize ($200,000 in season 3) awarded to the contestant who has changed the most while in the retreat. The prize s determined by Lana, a cone-shaped, virtual assistant who watches the contestants and forbids any form of sexual contact—including kissing and self-gratification. If a contestant is caught breaking Lana’s rules, the prize fund is reduced by thousands—and sometimes tens of thousands—of dollars.

In an interview with Oprah magazine in 2020, creator Laura Gibson revealed that the show is inspired by an episode of Seinfeld titled “The Contest,” in which the characters try to resist masturbating for a cash prize. “None of them can actually do it, and so they actually all lose the money. And I thought, ‘There’s a TV format in that,'” she said. “Why don’t we get some of the hottest people on planet to try and see if they can hold themselves back for cash?” She continued, . “As an older person, I knew that I would always go for the cash, but I know that my 19-year-old self would have gone for the sex.” 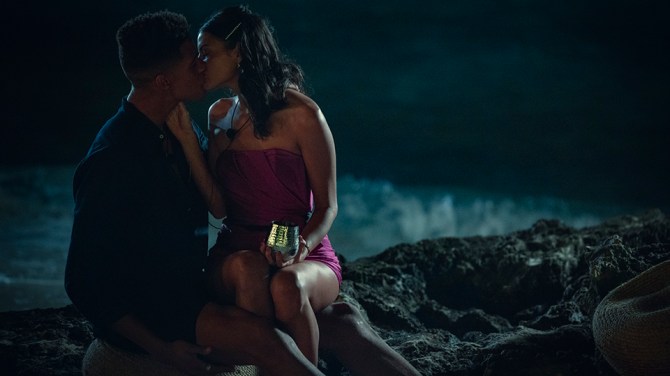 Are Nathan and Holly still together after Too Hot to Handle season 3?

Are Nathan and Holly still together after Too Hot to Handle season 3? The answer is no. During the reunion, Nathan and Holly confirmed they had split due to distance and Holly’s busy schedule as a college student. Despite the breakup, Holly told Us Weekly that she has “no regrets” about her relationship with Nathan and how much money they spent. “Of course I cared about the money,” she said. “I didn’t come to do the experience for money, but I did wanna respect everyone around me. But, at the same time, I knew I had met someone just incredible and [who] held a special place in my heart, you know what I mean? And I felt like it would’ve been a disservice to myself to not really explore that. … I feel like I would’ve had regrets if I just let time pass and [did] not harness every moment.”

As fo what attracted her to Nathan, Holly told Us Weekly, “I feel like sometimes you just know — like, it’s really hard for me to pinpoint one thing. Besides the fact that he’s just stunning, he’s beautiful, he’s an alpha. His personality is incredible, and he’s so intelligent too, but it was just a feeling of, like, I don’t know — I just saw him. The best I can describe it is like magnets — almost, like, I was just instantly attracted to him.”

In an interview with Capital FM, Nathan confirmed that he and Lolly have seen each other at least once in London after they finished filming Too Hot to Handle. “We had a great time on the show, we had a great time off the show, she came to London, we did our thing. We put a pin on things just because of COVID so I can fly to the States to go see her, but we’ll see where we are this year,” he said. “I’m flying back to London tomorrow, I’m pretty sure she’s coming so we’ll just wait and see.” Holly added, “Me and Nathan, we have an incredible story, I mean, he’s an incredible man and I’m just so blessed that out of all the experiences, we have an incredible season.”

Nathan and Holly were two of the 10 original contestants on Too Hot to Handle season 3. They broke several of Lana’s rules throughout the show, but their most expensive rule break was in episode eight when they had sex and caused the prize fund to go from $36,000 to $0. The rule break also led Lana to eliminate Nathan. Before left the retreat, however, Lana gave him a chance to come back to the show if he completed a one-on-one workshop to better himself. Nathan completed the workshop and reunited with Holly the next day. In the finale, Nathan and Holly told each other “I love you.”

Who is Nathan from Too Hot to Handle season 3? 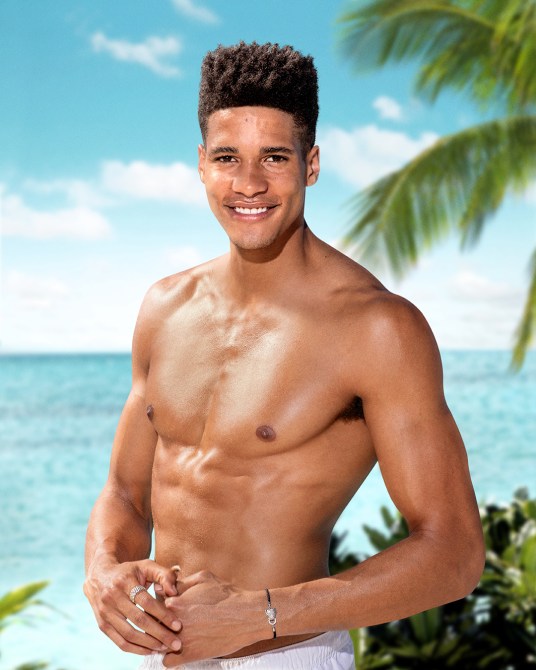 Who is Nathan from Too Hot to Handle season 3? Nathan Soan Mngomezulu is a 24-year-old model from Cape Town, South Africa. He’s represented by Next Models. “Cape Town’s most notorious party animal Nathan sweeps up the girls at every event he attends. This fun-loving, free spirit has the gift of the gab and can talk any girl into his bed,” his cast bio reads. “A model and a business management student Nathan has high energy levels and short attention span Nathan gets bored very easily. Nathan describes himself as an ‘international playboy’ who loves the game so he won’t be giving up his single life anytime soon – at least not without help from Lana.”

His Instagram handle is @Nathsoan. “Lana’s most wanted,” reads his Instagram bio. In his intro package, Nathan described himself as an “international playboy” and the show—which he was told was called Pleasure Island—as the sexy Olympics. “I’m in an international playboy. Come on. I’ve literally flown across different countries on a plane just to go have sex with different girls. South Africa, England, Germany, America, Russia, Ukraine, Spanish, Swedish. Trying to think of the places. I’m definitely more of a serial dater. Pleasure Island sounds like the sexy Olympics. That’s why I’m here to win gold.

Who is Holly from Too Hot to Handle season 3? 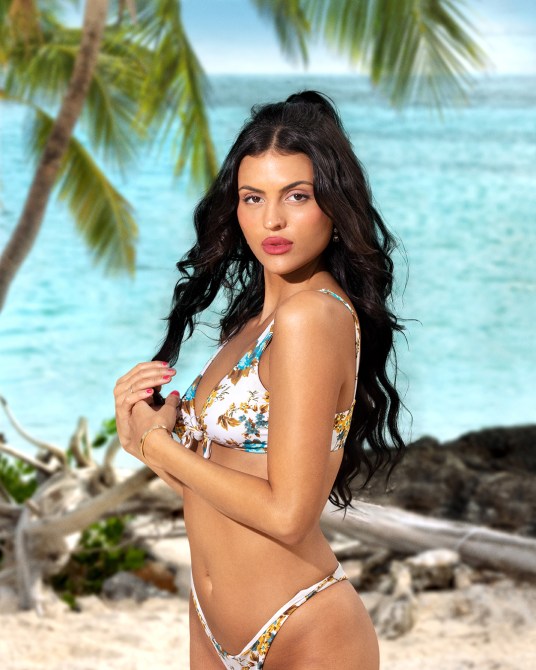 Who is Holly from Too Hot to Handle season 3? Holly Scarfone is a 23-year-old student and model from Colorado, United States. “Canadian psychology student Holly is a work hard, play hard kind of gal. Although she is studying and partying at the University of Colorado her dream is to have boyfriends all over the globe,” her cast bio reads “Holly is super confident and super sexual, she finds relationships boring and isn’t looking to settle down any time.”

Her Instagram handle is @hollyscarfone. “Cooler irl,” reads her Instagram bio. During her intro package, Holly revealed that her nickname in her family is Hurricane Holly. “I’m definitely a black sheep in my family. They call me Hurricane Holly for a reason,” she said. “I’m quite the heartbreaker. I love a casual relationship, and I usually get what I want. I definitely ooze sexuality when I talk. Even the most boring things. A frying pan. Basil. Coffee. So hot. God, I’m blushing.”

Who is the winner of Too Hot to Handle season 3? 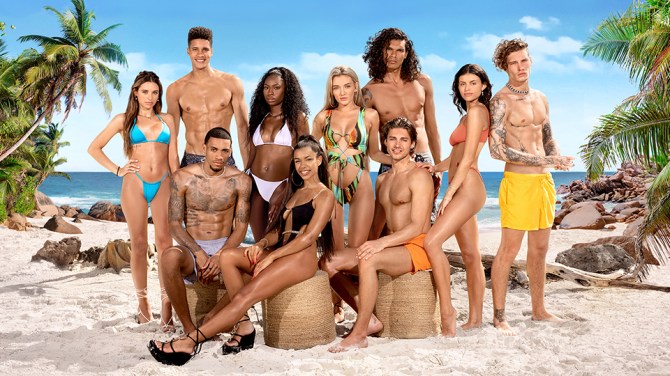 Who is the winner of Too Hot to Handle season 3? Harry Johnson is a 29-year-old tree surgeon from Middlesbrough, United Kingdom, and Beaux Raymond is a 24-year-old legal secretary from Kent, United Kingdom, were the winners of Too Hot to Handle season 3 and won the $90,000 prize. Nathan Soan Mngomezulu, a 24-year-old model from  Cape Town, South Africa, was the runner-up, while Georgia Hassarati, 26-year-old student midwife from Brisbane, Australia, came in third place.

Harry and Beaux were the first couple to be in the Too Hot to Handle finals and the first couple to win. Lana nominated Harry and Beaux to win Too Hot to Handle season 3 because of how their relationship helped them grow in the retreat. “This is the first time ever that I’ve nominated a couple. I have done this because your relationship has helped you grow equally as individuals,” she said. Harry and Beaux won the $90,000 prize—which started at $200,000 but was reduced after the cast broke the retreat’s no-sexual-contact rule—after they received a majority of the votes from their cast members.

Too Hot to Handle is available to stream on Netflix.