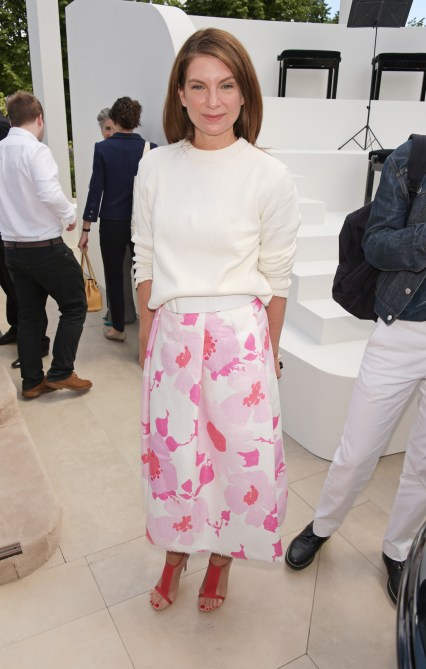 In the year 2000, Natalie Massenet was a woman with a startup fashion e-commerce site that nobody really understood. Sell expensive designer clothes through the internet? Huh? Fast forward 15 years, and the project she built out of her London apartment isn’t only every woman’s go-to shopping site, but Net-a-Porter can be credited for creating the blueprint for how we shop online, and for selling online luxury goods through an editorial lens—a model almost every brand employs today.

Yesterday, the ultimate girl boss set the internet ablaze in a different way: By abruptly resigning from Net-a-Porter much to the shock of the business and fashion worlds. This decision comes on the heels of a merger with Italian e-commerce group Yoox, and—after her resignation—it’s being reported that the 50-year-old stands to walk away with about $153 million after selling shares in the company.

“It’s unfortunate when someone like Natalie, who has built an incredible business from nothing and has become the standard bearer of great taste and style defying everyone’s expectations about e-commerce, leaves her business,” says former IMG president Fern Mallis. “But I guess it’s expected when you sell—it’s no longer yours. I’m sure she will do something else even more fabulous.”

A former WWD and Tatler fashion journalist who started her career at GHQ, a menswear store in Los Angeles’ Beverly Center, Massenet grew Net-a-Porter into a 2,500-employee company with offices in New York, London, Hong Kong and Shanghai.

Her contributions to retail as we know it were game changing. She created a brand experience within the confines of the Web that included incredible packaging and second-to-none customer service, including a convenient and generous return policy. The application of Massenet’s editorial background to selling luxury goods online is now the industry standard, using visual images, editorials and storytelling in the same way magazines do to inspire her consumer to purchase. She also created a working environment that constantly put Net-a-Porter on lists of the best companies to work for, not to mention she’s inspired women everywhere to do more and go further.

That’s not all: In 2013, Natalie was named Chairman of the British Fashion Council and was made a Member of the Order of the British Empire in 2009, an honor bestowed by the Queen of England herself.

So why walk away from the world’s premiere shopping site? That’s not entirely clear, but in Thursday’s Wall Street Journal, luxury analyst Luca Solca commented: “She wasn’t particularly keen on the merger with Yoox, which is why it didn’t happen earlier.” He also indicated the she was unhappy with the valuation given to her company and added that she “may have had qualms about Yoox being a very different business, much more of a company run by engineers.”

In a statement Massanet made about where she is going after this, she said, “As for my own future, my entrepreneurial drive is as strong today as it always has been, and my passion for innovation will continue to be my greatest guide in business.” We can’t wait to see what she ends up doing next.