It’s been more than a decade since the end of The Naked Brothers Band, but Nat and Alex Wolff, who filmed a Zoom reunion for the Nickelodeon series in April, look back on the show as if it was just yesterday. “The Naked Brothers Band was one of the most exciting parts of our lives,” Nat tells StyleCaster.

The fervor around the series is still alive for fans as well. After the Zoom reunion, Nat and Alex were approached by Netflix for a Naked Brothers Band special, though, at the moment, the project is only a “conversation.” “There’s nothing real going on yet, but we’re always open to that,” Nat says. “It would have to be perfect.”

Whether a Naked Brothers Band reboot becomes real or not, Nat and Alex have their hands full at the moment with their music career. The brothers released their latest single, “Glue,” on Friday, August 7, and have another single, “Winter Baby,” and an EP on the way.

“I wrote ‘Glue’ as an expression of my anxiety and angst in my last relationship mixed in with the fun chaotic nature of summer running around New York, going to different parties, meeting different people and how these things intersected,” Alex tells StyleCaster from his and Nat’s home in Los Angeles, which they share with their two girlfriends and a friend. “That’s why the song has this fun, angry, energetic quality to it, but the lyrics are introspective and anxious. I like those combinations mixed together.” 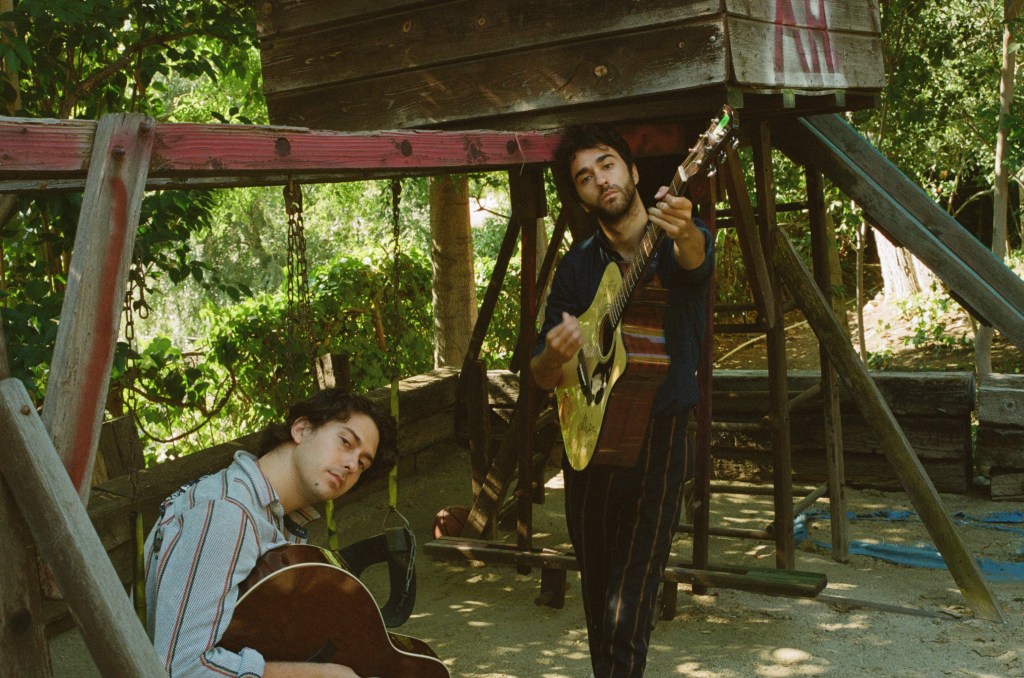 Alex wrote the song a year and a half ago, and the brothers recorded it just before quarantine. “Before quarantine, there was so much music coming out. It almost felt like a rat race,” Alex says. “But when quarantine happened, and it felt like everyone took a step back and more personal music started to come out. It became less about churning out material and it became more about releasing heartfelt art, movies and music.”

Thematically, the brothers also thought the song fit the current situation many people are in. “It’s a song that deals with anxiety in a way that’s fun and uplifting,” Nat says. “The song is about isolation, alienation and anxiety, and it felt like the perfect moment for it to come out.”

Another reason “Glue” is so special to the brothers is that they recorded the song, along with “Winter Baby,” with Matt Wallace, a music producer they first worked with when they were 12 and 15 years old. “We hadn’t worked with him for, like, 10 years. It was like going home when we went back to his studio in L.A. Something about that studio was magic and it holds a lot of memories for us,” says Nat, adding that he and Alex were inspired by Fleetwood Mac and The National for the sound of their current record.

Ahead, Nat and Alex talked to StyleCaster about how they filmed the music video for “Glue” in quarantine, what listeners can expect from “Winter Baby” and how their fans have grown up with them in the past decade. 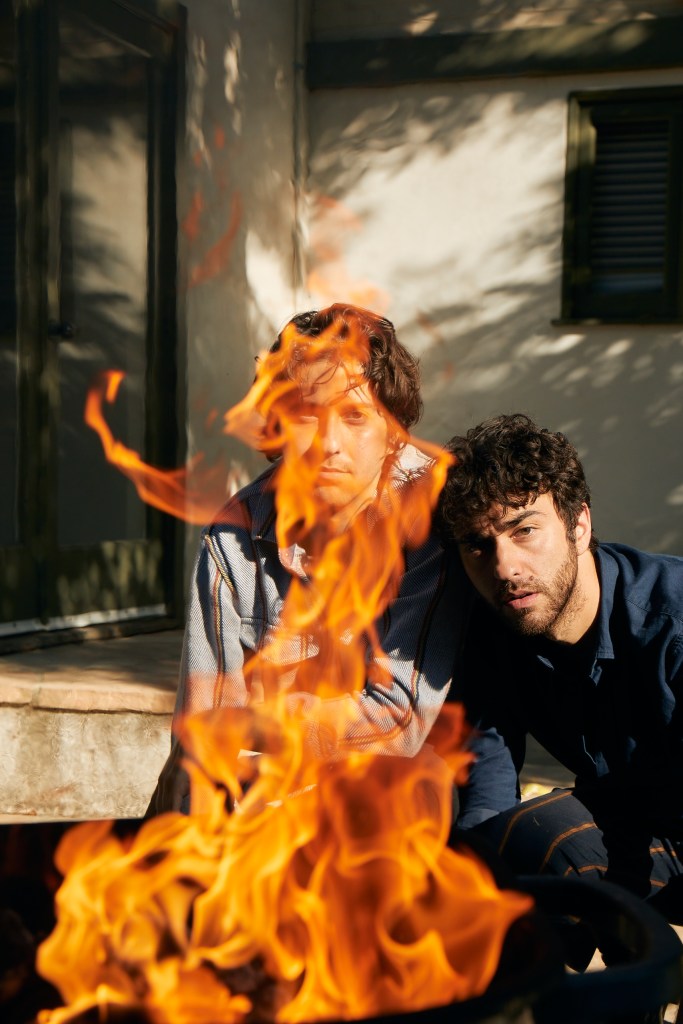 On filming the “Glue” music video in quarantine

NW: “We have a music video filmed with Jack Bergert, who’s worked with Kendrick Lamar and other artists. He filmed a quarantine-friendly video, where it was just him, two of his friends and the two of us. When Alex was doing his closeup, I was the lighting guy, and when I was doing my closeup, Alex was my lighting guy. We filmed it outside here in our yard.”

On how “Glue” is different than music they’ve released before

AW: “It’s similar in that we’re making it together, and we’re playing all the instruments, so it has our sound. We don’t hire any studio musicians or anything because whatever foibles or technical aspects we lack, it’s part of the personality of our record.But every song and every phase of our music has completely changed and reinvented itself. This one, more than others, is not as experimental. It’s pretty muscular and singular in its direction. It’s  all the stuff we know how to do best, making a powerful passionate song with a lot of love and a lot of colors. That’s us.”

On the story behind the single art for “Glue”

NW: “That was a picture taken when we were on a trip with a bunch of our friends. We thought it worked well during this time because it was also the last time we were in a group like that, so it’s a picture that makes us nostalgic.”

AW: “We were in Italy, and my friend had stepped on a sea urchin and got all these sea urchin spikes caught in his foot. Our other friend got very drunk, and he started to remove the little urchin things from his foot. That picture is the perfect little moment that, to me, encapsulates the spirit of the song.” 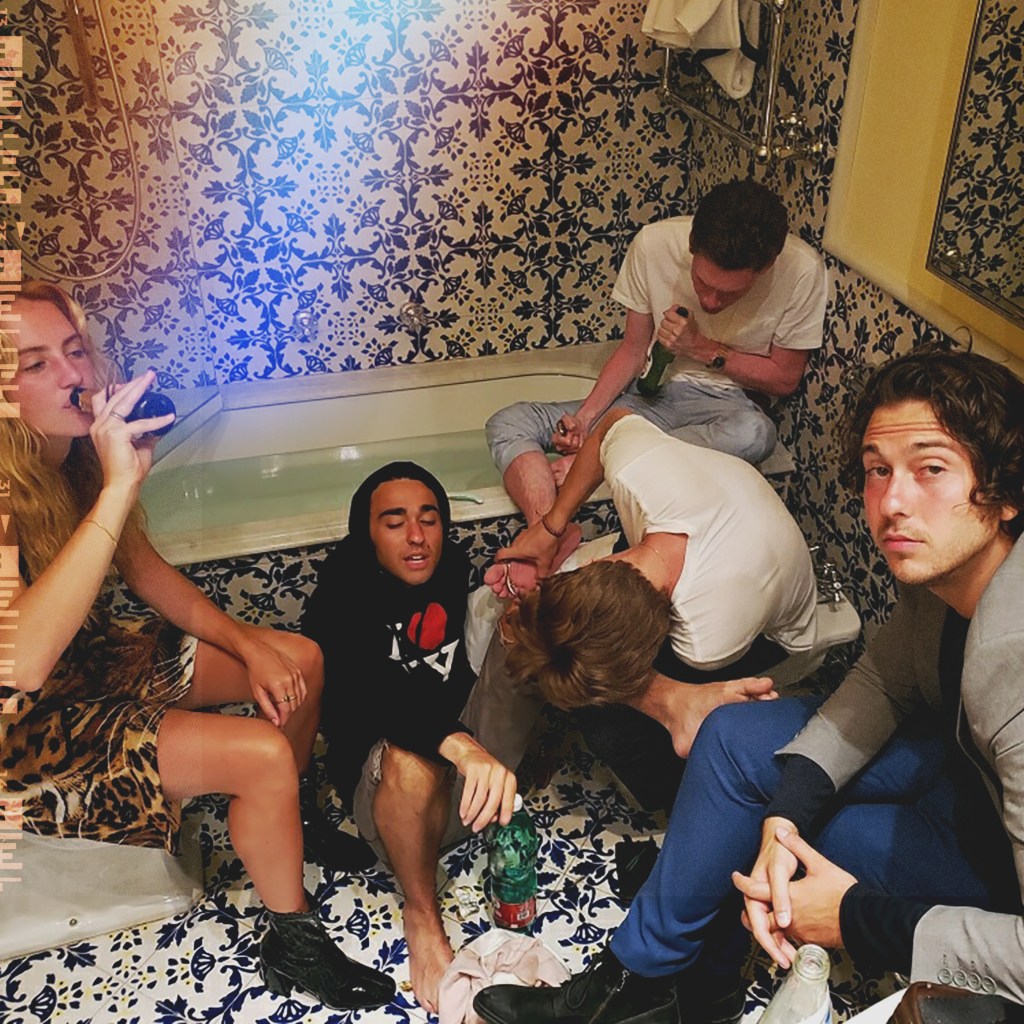 NW: “‘Winter Baby’ is a song that we’ve been playing live for a long time, and it took a lot to get into a studio version. It has a slightly more atmospheric vibe than ‘Glue,’ but with a falsetto chorus.We like to go back and forth, having Alex’s song and then Nat’s song. Even though we both work on each other’s songs, usually the base is written by one of us. We were resistant to recording a studio version of ‘Winter Baby’ because it had this magical live quality, where it’s the song our real core fans requested any time we play it live, even though it’s never been recorded.

AW: “That song was so ephemeral. We would play it live, and it would change. It felt like it was alive. We were resistant to record it because, in some ways, it puts it in solid ground and makes it so it can’t change as much anymore. The recorded version captures that spirit of change, and it’s experimental and moves. It may be one of the better tracks we’ve ever done.”

On how their fans have grown up with them

NW: “Our music has evolved in the way we’ve evolved. Luckily, our core fans have stuck with us as we grew and the music grew. As we took different turns left and right, the music went with us and the audience has stayed with us. We’ve been lucky that we’ve never tried to appeal or make any kind of music to appeal to anyone. We just make music that we want to hear, that came out of our hearts.

AW: “Everytime we put out music, we get a group of new fans. But we have the same core fans since we were kids. There’s a community of fans of ours, and they even become friends with each other. It’s a beautiful thing. They come to our show. They’ll fly in from places. It’s amazing to be a part of people’s lives like that.”