In what must have been a mortifying realization for Nasty Gal’s social media team, the fast-fashion site wrongly took credit for Taylor Swift‘s killer jumpsuit at the Billboard Music Awards on Instagram. Pretty mortifying, considering Taylor was actually Balmain–not Nasty Gal’s $78 “version.” 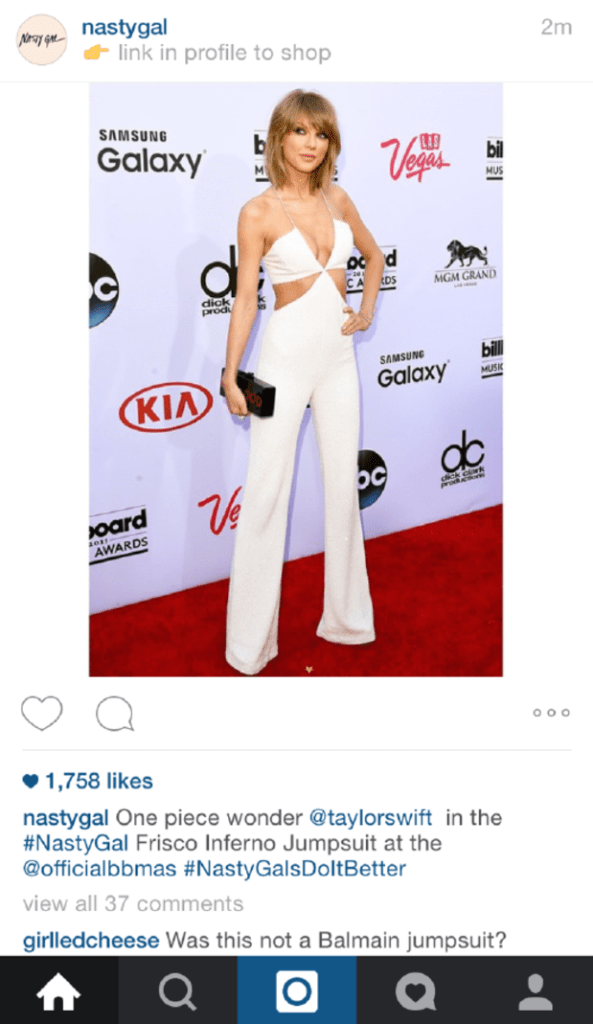 Sure, Nasty Gal knockoffs are good, but they aren’t that good.

Swift was actually one of the many It-girl members of Olivier Rousteing‘s “Balmain Army” at the Billboard Music Awards, and supported the brand alongside Kendall Jenner, Jourdan Dunn, Chrissy Teigen and Lily Aldridge to promote its upcoming H&M collaboration.

After the Instagram claiming Swift was wearing Nasty Gal’s $78 Balmain copy spurred a stream of commenters to point out their gaffe, the retailer soon deleted the post. But not before everyone grabbed a screenshot, of course.

If you do want to shop the Balmain lookalike from Nasty Gal, we won’t judge–you can pick it up online in black right now. Odds are, Rousteing won’t care either–the designer famously admitted to getting a big kick out of fast-fashion ripping off his designs, telling Vogue: “I love seeing a Zara window with my clothes mixed with Céline and Proenza! I think that’s genius. It’s even better than what I do!”