When Nastia Liukin retired from gymnastics in 2012, she gained 25 pounds. Once known as a “petite blond gymnast” who backflipped and handsprung her way to five Olympic medals in 2008, Liukin was suddenly bombarded with comments calling her “fat” and scrutinizing her body.

“People remembered me as this petite blond gymnast in a leotard, and then I go through the normal body changes and people are like, ‘Oh my God. You’re so fat,’” Liukin told StyleCaster at SheKnows Media’s BlogHer18 Health conference on January 31. “It’s like, ‘Actually, I’m not fat.’ Yes. I gained some weight. But my body is going through this change. Everyone goes through that. I guess not everyone goes through it in the public eye.” 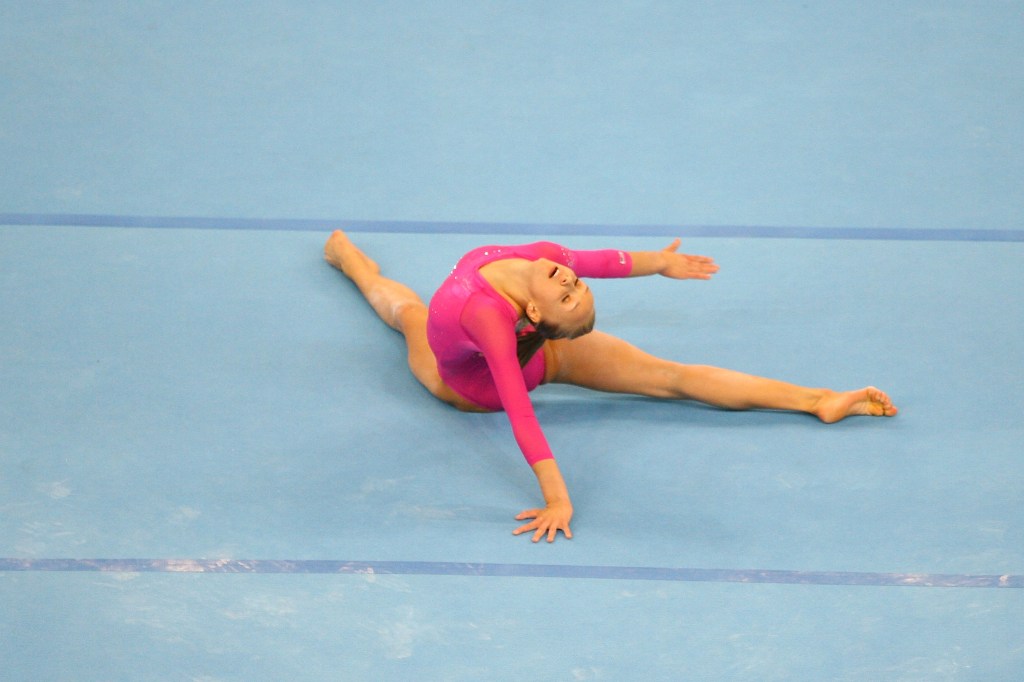 To cope, Liukin stocked her closet with baggy clothes, holed up in her apartment in New York City, and declined invitations to events, in fear of being seen. “I had almost this identity crisis,” Liukin says. “I didn’t know who I was. I didn’t know what to wear. Nothing fit me. I tried to wear really baggy clothes to hide that. I lost all my self-confidence. I didn’t want to go anywhere. I didn’t want to go to events or to dinner or do anything because I was so insecure with myself and my body because of what other people were saying.”

No matter what, you’re never going to be what people want.

Though Liukin worked out “all the time,” she didn’t see much progress. It wasn’t until she accepted that her body would never be what it was when she was training for the Olympics and learned to exercise for her health rather than to lose weight that she noticed a change.

“I knew I needed to take time for my body to go through that. I was working out all the time, but nothing was happening, and at a certain point, it’s OK,” Liukin says. “More recently, I’ve realized that if I want dessert, if I want a cookie, I’m going to have it and not deprive myself because I don’t want my jeans to be too tight.”

MORE: Julianne Hough Opens Up About Life with Endometriosis

However, the body-shaming didn’t stop when Liukin lost weight. Now, she faces a new set of critics who accuse her of looking “too thin,” a comment that she admits hurts but doesn’t surprise her. “No matter what, you’re still being body-shamed,” Liukin says. “On my Instagram yesterday, someone was like, ‘Jeez. When are you going to start eating again?’ It’s like, ‘Trust me. I eat just fine.’ I am healthy. That’s frustrating. It can put you down. It hurts the same, whether it’s one way or another. No matter what, you’re never going to be what people want.”

I can’t remember the last time a male athlete was criticized for his hair.

As a woman in sports, Liukin is used to being criticized for her appearance, especially after spending years in the spotlight, where she was picked apart for everything from her hair to her makeup to her body—essentially, everything but her actual gymnastics.

“I can’t remember the last time, to my knowledge, that a male athlete was criticized for his hair,” Liukin says. “It’s like, ‘You’re watching it because you love the sport. So focus on the incredible routine that they’re doing instead of on their hair or their makeup.’ At the end of the day, we’re competing in the Olympics because of our gymnastic abilities. We’re not competing for our looks. We’re not in a beauty pageant. We’re representing our country at the Olympics.” 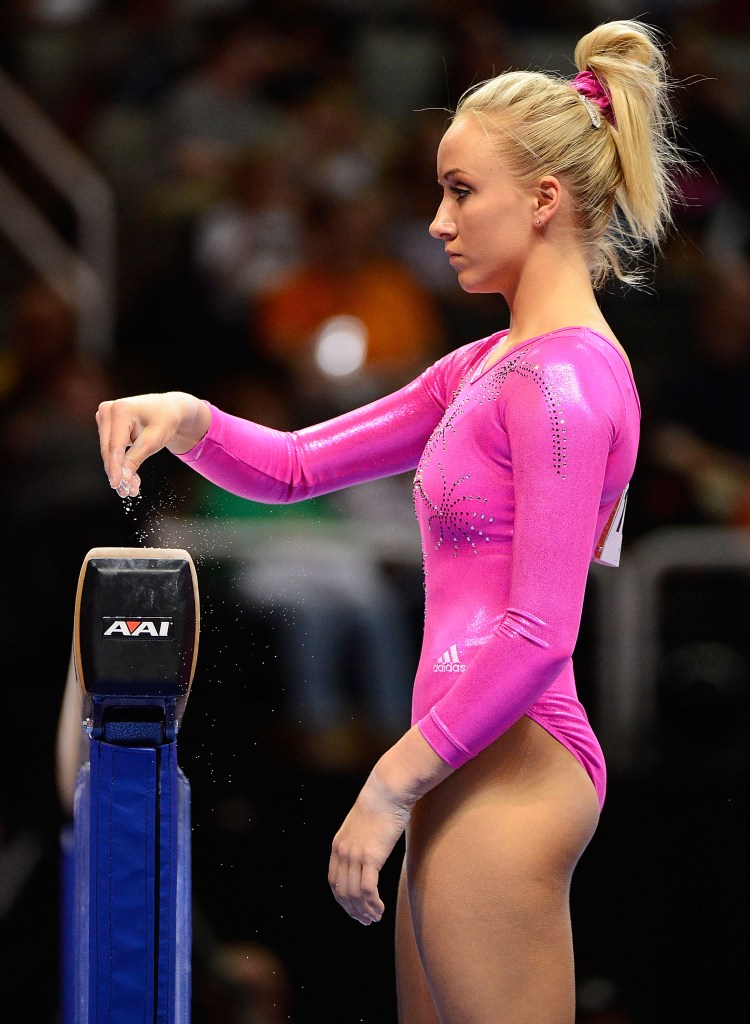 The double standard continues for women who are seen as “bitchy” because of their competitiveness. For years, Liukin saw her name associated with words like icy and bitchy for the stoic, intense expression she had every time she did gymnastics—something she didn’t see happening to men who were equally as competitive in their sport.

“When a lot of men compete, they can be serious, but that’s not perceived as being bitchy or having a bitch face. For a female, it is,” Liukin says. “It was hard for me when I was younger because people were like, ‘Oh my God. She seems like a bitch.’ I was like, ‘No. I’m really not. I’m just focused.’”

Though Liukin is a huge fan of social media, as one of BlogHer18 Health’s panelists on the power of visual storytelling on social media, she admits that the platform amplifies negativity.

“I tell myself, ‘OK. I’m not going to think about what people are saying. I’m going to delete comments,’” Liukin says. “Then you see one and you get deflated. You can be so positive, and one comment can make you feel defeated. That’s why it’s important to stay true to yourself, because you also don’t know these people. I’ve never met 95 percent of my followers. That’s awesome that they’re following me, but at the same time, why am I letting them affect how I feel?” 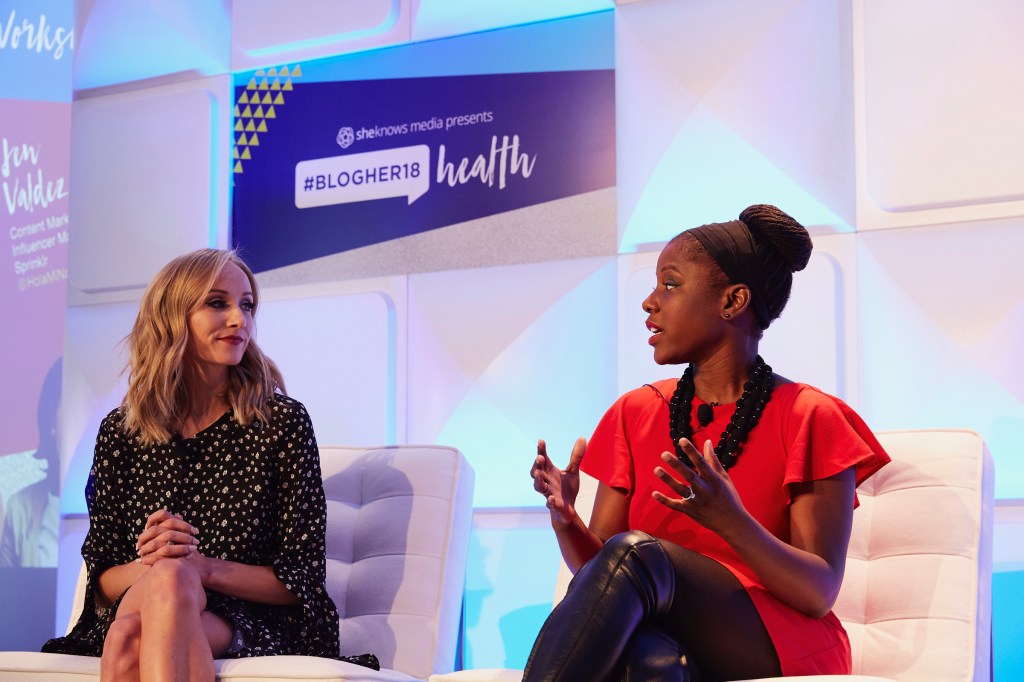 After growing up in the public eye, starting with her first Gymnastics World Championship when she was 15, Liukin has learned some lessons on dealing with insecurities and self-doubt.

“It’s important to be happy from within,” Liukin says. “Don’t focus on what other people want you to look like or to be or to work on or to say. If I’m happy with my body, and I know that I’m healthy, I need to stop worrying about everybody else. Happiness is strength.”