She may be the highest-paid female athlete of all time, but to Naomi Osaka‘s parents, she’s just their daughter. Naomi’s mother, Tamaki Osaka, and father, Leonard Francois, have been her supporters since day 1.

Naomi was born on October 16, 1997, in Chūō-ku, Osaka in Japan. She has an older sister named Mari, who is a former professional tennis player. Naomi’s parents met in Hokkaido when Francois, a college student from New York, was visiting, according to The New York Times. The two started dating and kept their relationship a secret for years. When she was in her early 20s, Tamaki’s father talked to her about omiai, the Japanese matchmaking process that would lead to an arranged marriage. The truth came out, and when Tamaki’s father learned that she was dating a foreigner, who is also Black, he exploded and accused her of bringing disgrace to their family.

After the incident, Tamaki and Osaka moved to the south of Osaka, and Tamaki would have virtually no contact with her family for more than a decade, according to The New York Times. It was in Osaka that their daughters, Naomi and Mari, were born. The family moved to the United States when Naomi was 3 and lived with Francois’ grandparents in Long Island. In 2006, the family moved to Florida to focus on Naomi’s tennis career.

So that’s a snapshot of Naomi Osaka‘s parents’ early relationship. But who are her mother and father? Read on for what we know about Naomi Osaka’s parents, and how they raised her to become the tennis legend we know today. 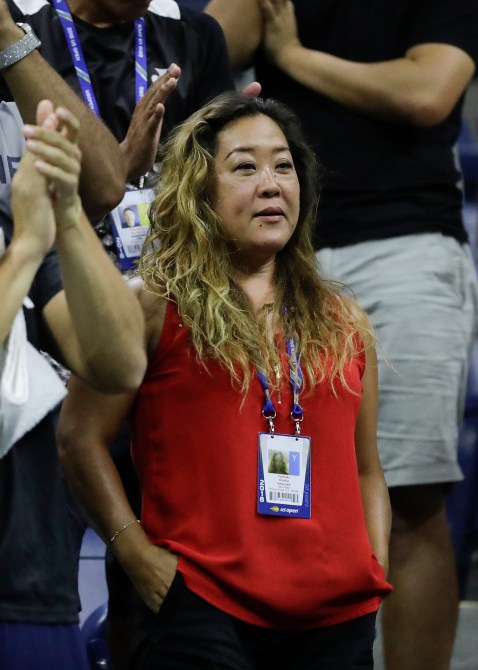 Naomi’s mother Tamaki was raised in Nemuro, a coastal town on the eastern tip of Hokkaido, Japan’s northern Island. For high school, Tamaki was sent to Sapporo, Hokkaido’s capital. While she was in high school, Tamaki met Francois. However, due to the sense of separatism in Japan—which dates back to the 1630s when the Tokugawa shogunate cut off the archipelago from the rest the world, according to The New York Times—Tamaki’s parents disapproved of her relationship with Francois, which led to their estrangement.

Tamaki had been estranged from her family for almost 15 years by the time that Naomi and Mari met their grandparents. Naomi was 11 when she and her sister traveled to Japan to meet their grandparents for the first time. Though Tamaki’s family took an interest in the sisters, according to The New York Times, they criticized Tamaki for homeschooling them and training them in tennis, which they viewed as a hobby and not a profession.

As for why Naomi and Osaka took Tamaki’s last name as their own, it was for practical reasons when the sisters would enroll in school and rent apartments. However, that became less relevant when the sisters moved to America with their parents at a young age. According to The New York Times, Tamaki would speak to Naomi and Mari in Japanese while they were at home, prepare them seaweed-and-rice-ball snacks for school and dress them in kimonos for international days.

In an interview on Good Morning America in 2019, Naomi revealed her mother’s advice to her before the Australian Open. “She was upset at me and she kind of yelled at me to go to sleep,” she said. “Yeah I think that was the most important thing for her.” 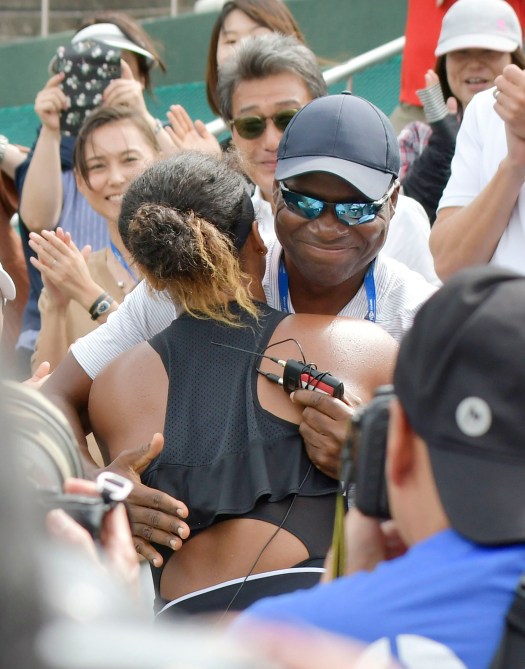 Naomi’s father Francois is from Jacmel, Haiti. He was a college student in New York when he met Tamaki on a trip to Hokkaido. In 1999, when Naomi and Mari were just toddlers, Francois watched a broadcast of the French Open featuring Venus and Serena Williams, who were 18 and 17 at the time and teamed up to win the doubles title that year. Though Francois played little tennis, he saw the Williams’ sisters father, Richard, who played no tennis, as an inspiration to also make his daughters champions. “The blueprint was already there,” Francois told The New York Yimes. “I just had to follow it.”

Naomi started training when she was 3 years old after the family moved to Long Island and had more access to gyms and free public tennis courts. While in New York, Francois also read instructional books and watched DVD, as he made his daughters hit thousands of balls. “I don’t remember liking to hit the ball,” Naomi told The New York Times. “The main thing was that I wanted to beat my sister.” (Naomi told The New York Times that it took her 12 years before she beat her sister. Mari, whose career was slowed down by an injury, ranks number 350 in the world for tennis.)

Francois’ parents spoke no English, but Naomi’s childhood was still filled with the smell of Haitian creole and spicy Haitian stews. “I grew up surrounded by both Haitian and Japanese culture,” she told The New York Times. When the United States Tennis Association showed little interest in Naomi and Mari, Francois made the decision for his daughters to play for Japan. “My dad thought that since I grew up around my mom and I have a lot of Japanese relatives,” Naomi told The New York Times. She continued, “I don’t necessarily feel like I’m American. I wouldn’t know what that feels like.”