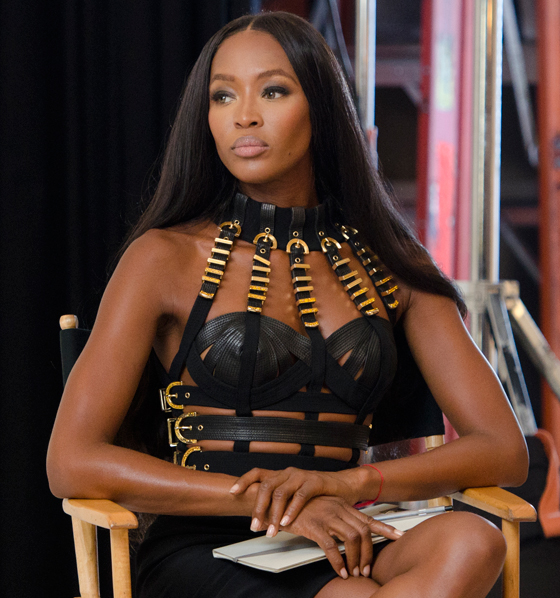 While “America’s Next Top Model” is still one of our favorite reality TV guilty pleasures, this year Oxygen gave the Tyra Banks-helmed show a run for it’s money with “The Face.” Similar to NBC’s singing competition “The Voice,” “The Face” features three all-star supermodel coaches (Naomi Campbell, Karolina Kurkova, and Coco Rocha) who mentor their teams through various challenges.

Now, it seems the Brits are getting in on the fun, as it’s just been announced that Campbell will also be starring in the UK version set to debut later this year. According to a release from Sky Living (the British network on which the show will air), Campbell’s two costars won’t be joining her, so we started to speculate as to who we think would be good fits to take their spots. Read on and let us know who you’d like to see join “The Face.”

Kate Moss: Moss and Campbell have a longtime relationship, and they’re close friends. With Moss being a British top model as well, we can’t think of a better choice. Odds are probably against Moss doing reality TV, but we’d wager that these two together would mean ratings gold.

Alexa Chung: The It Brit has some of the most sought-after connections in the fashion industry, so she’d provide some great insight for the contestants. Chung also has expansive TV and modeling experience. Of course, people would probably tune in for the sole purpose of checking out her outfits.

Jourdan Dunn: Dunn has long been hailed “the next Naomi Campbell,” so there’s really no one better to join her. As the coaches tend to face off (Campbell and Kurkova had conflicts throughout the season), we’d love to see them go head to head.

Cara Delevingne: Considering Delevingne is the model of the moment, she’s definitely part of the fashion lexicon right now.  Alas, she may be too inexperienced (even though she walked in almost every fashion show this season) for the mentoring gig.

Alice Dellal: Much like the way Coco Rocha brought her trademark quirkiness to the American version of “The Face,” Dellal would do the same for the UK version. Known for her half-shaved head and emotive posing, the punk-chic model would bring a youthful energy and a vast body of experience to the group.