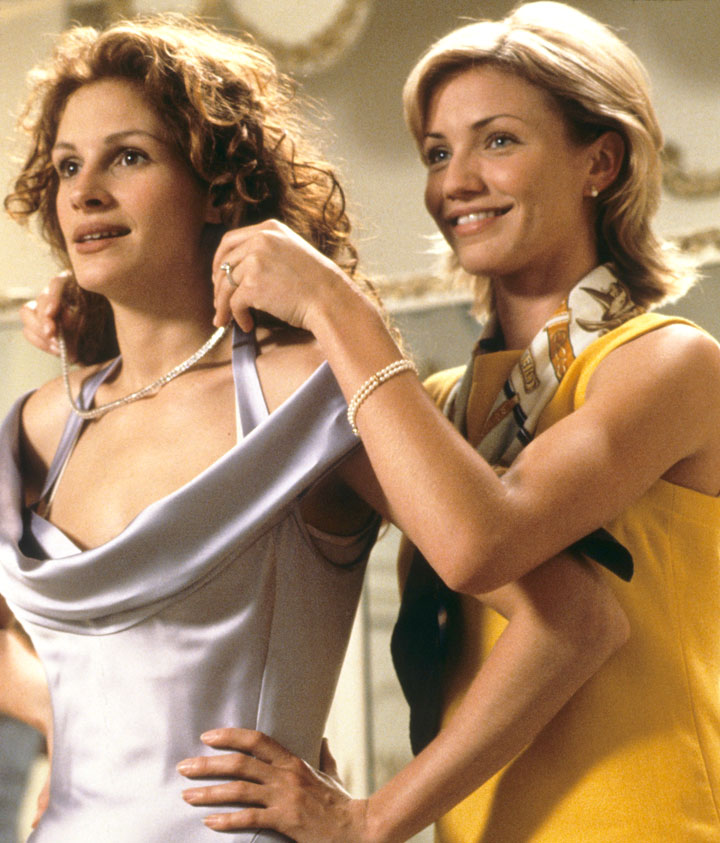 According to the Hollywood Reporter, ABC is developing a half-hour comedy spinoff that will draw on the 1997 hit and pick up exactly where Julianne—the food critic character originally played by Roberts—and her gay bestie George (played by Rupert Everett) left off, although the setting will shift from Chicago to New York.

While we can’t reasonably expect to see Roberts or Diaz in the remake (sigh), some of the movie’s original talent will be on board, which gives us hope that the series will meet our extraordinarily high expectations. Ron Bass, the Oscar-winning screenwriter who penned the original film, is working on the script with Jessica Amento, and the movie’s original producers, Jerry and Janet Zucker, are on board as executive producers.

It’ll be interesting to see how the classic is adapted for modern TV (maybe Julianne ditched the critic gig, and she’s now a food blogger?). Whatever happens, we’re just hoping for another killer rendition of “I Say a Little Prayer for You” in the TV series—it would be rude not to include it, really.

In the meantime, relive that moment with this clip from the original:

MORE: Every Major Movie You Need to See This Fall