The return of music festivals came after Coachella‘s cancellation in 2020 and 2021. The two-weekend music festival, which is held at the Empire Polo Club in Indio, California, in the Coachella Valley in the Colorado Desert, was scheduled for the second and third weekends of April 2020 with headliners Rage Against the Machine, Travis Scott and Frank Ocean. However, the festival was unexpectedly cancelled and postponed to the second and third weekend of October 2020 due to the current health crisis. The event, which has been around for more than 20 years, was scheduled again for April 2021 before it was cancelled. After a two-year break, Coachella made its grand return in April 2022.

As we wait for next year’s round of music festivals, there are still tons of music-filled events to attend in 2022. Read on for the best music festivals of 2022 to put on your calendars. 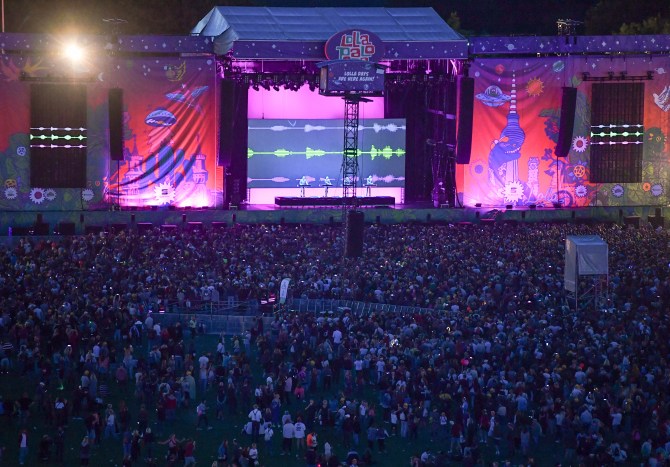 Set in the woodlands of Dover, Delaware, Firefly Music Festival is an annual music festival that has been around since 2012. Along with live performances, the festival also includes camping options, and experiences like a treehouse stage, a silent disco and a boutique market. Headliners include Halsey, My Chemical Romance Green Day and Dua Lipa. Other performers include Zedd, Avril Lavigne, HAIM, The Kid Laroi, Charli XCX and Conan Gray. Get tickets here.

LA3C—which stands for Los Angeles, the Capital of Creativity & Culture—will host its inaugural festival in early December. The event will be hosted at LA State Historic Park. Along with live music, the event will also include comedy shows, immersive culinary experiences, fashion activations, live actor round tables and class experiences. The event is hosted by media company, Penske Media Corporation, which is led by Chairman and CEO Jay Penske and includes brands like Rolling Stone, Billboard, Variety, The Hollywood Reporter and STYLECASTER. “This will be the first festival of its kind to fortify a city that combines talent, diversity and culture like no other while engaging with organizations solving some of the city’s pressing challenges,” said LA3C Chief Executive Juan Mora said in 2021. “Jay’s vision and the commitment to positively impact the city of Los Angeles is inspiring. I plan to leverage the expertise of Penske Media’s iconic brands to create an experience for all visitors, and we invite creatives, musicians, and artists to join in our mission.”

Penske added, “Los Angeles’s influence and inspiration permeates globally. After 18 months of isolation, it feels now is the time for gathering around the elements of culture that connect us. We welcome the opportunity to engage Los Angeles’s diverse communities and we have allocated resources to invest back into the city through support of local nonprofit organizations. With Juan’s leadership and experience across mission driven businesses, this event and its potential impact are limitless.” Get tickets here.