Kanye West got four minutes of uninterrupted stage time at the VMAs this year, which is seven minutes less than the amount of time he spent onstage ranting last year, but definitely long enough to really go off. And go off he did. He kicked things off by welcoming himself to the stage to the part of his song “Famous” that goes, “I feel like me and Taylor might still have sex / Why? I made that bitch famous.”

Wearing a grill on his bottom teeth, West told the world, “I came here to present my new video. But before I do that, imma talk.”

First off, he let everyone know that he’ll be totally OK if the music video—sorry, visual—for “Famous” loses to Beyoncé’s “Formation,” though let’s be real: West wants his video to win. “Later tonight, ‘Famous’ might lose to Beyoncé, but I can’t be mad, I’m always wishing for Beyoncé to win, so …” he said. 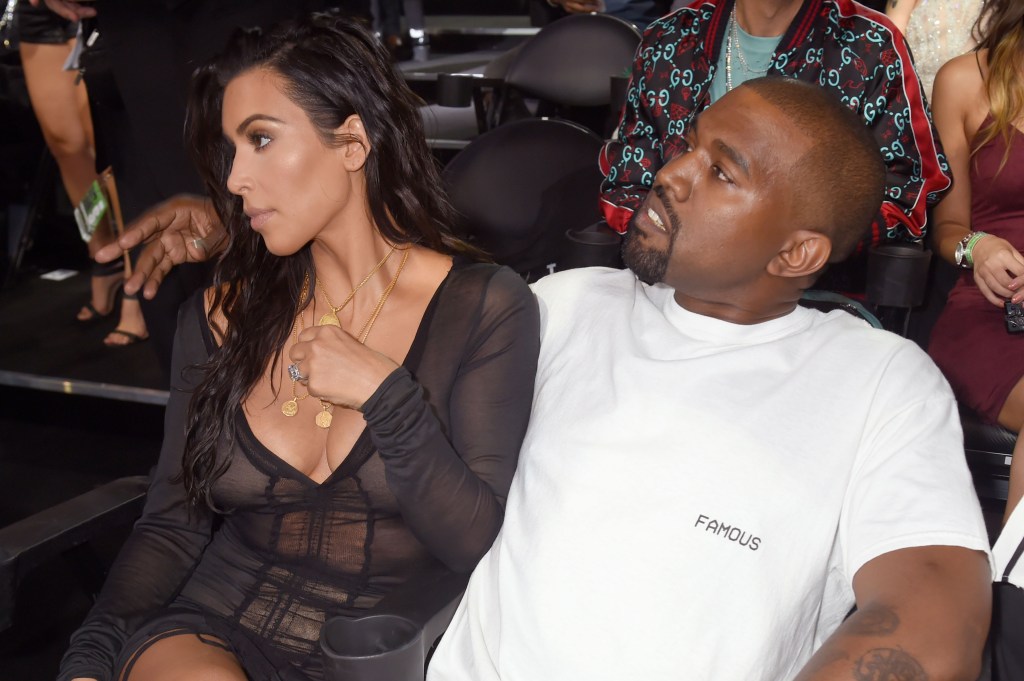 OK, so—shout-out to his current feud with Taylor Swift, check; shout-out to the way his whole feud with Swift started, check. But why is he still harping on this? Even his wife, Kim Kardashian, looked awkward sitting in the front row—one of those moments when you just laugh because you don’t really know what else to do with your face.

Then West felt the urge to explain his thoughts behind the “Famous” music video. “It was an an expression of right now … our fame right now,” he said, seemingly winging it. He mentioned that everyone was shocked that he put Anna Wintour next to Donald Trump—”the audacity,” he said—but “I put Ray J in there, bro,” he said. “This is fame, bro.”

“I see you, Amber,” he added, calling his ex-girlfriend Amber Rose out in the audience. Cut to Rose, looking half uncomfortable and half proud of herself. 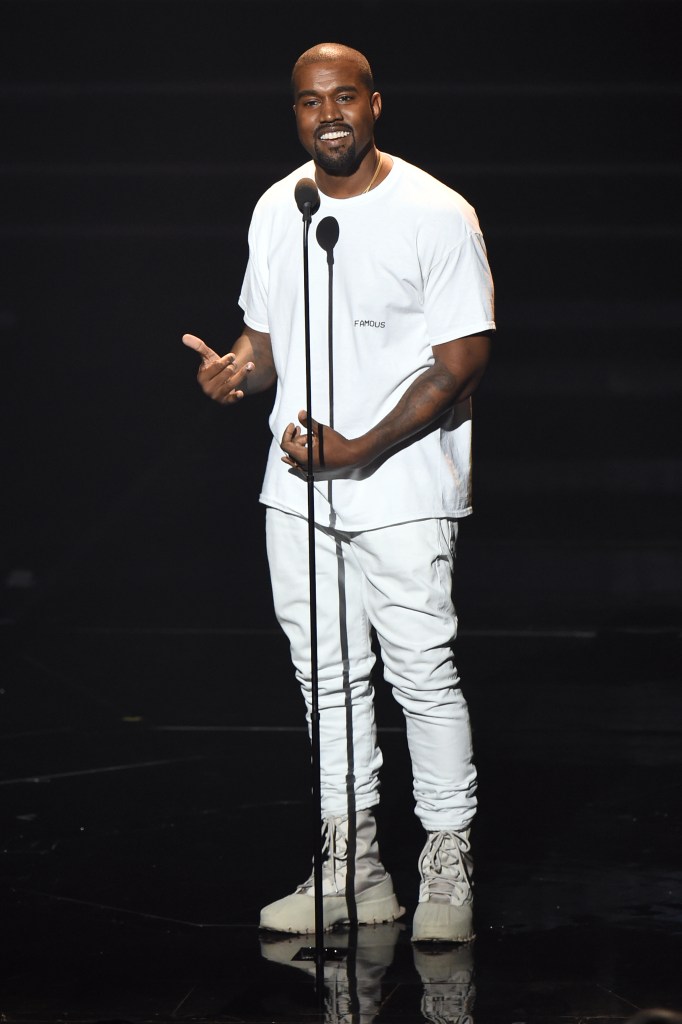 “Kim is a G, not a lot of wives would let me say that,” West added.

“I love all y’all,” he continued. “That’s why I called her,” speaking again of the tired Taylor-Kimye feud.

Then, for good measure, he let us all know who his role models are. “My role models are artists, merchants,” he said. “Truman, Ford, Hughes, Disney, Jobs, West.”

And then he premiered his new music video, “Fade,” starring Teyana Taylor, which featured her starring in her own personal rendition of “Flashdance,” and then she turned into a cat at the end and freaked everybody out.

Kanye West, mic down. As usual.