When I found out FX created a TV series for Hulu about America’s 1970s movement to ratify the Equal Rights Amendment, I squealed with excitement in a way that’s both endearingly genuine and painfully nerdy at the same time. As a feminist writer and activist, I’ve idolized second-wave feminists like Gloria Steinem, and now Hollywood was serving them up to me on a primetime platter. From my comfy couch in quarantine, all signs pointed to Mrs. America as a made-for-TV siren song for fourth-wave feminists like myself.

But after only a few weeks of tuning in, all I wanted to do is tune out. My feelings on the show couldn’t be farther from the “we’ve come a long way, baby” euphoria I envisioned. Maybe this show is all too real to me, maybe the ghosts of feminist past look too much like the present, maybe it’s forcing me to recognize that the good fight we’re fighting for now is the same one feminists have been waging for far too long. Things have certainly changed since the second wave of feminism, but Mrs. America makes clear that things have also stayed the same—so much it’s making my feminist stomach turn. 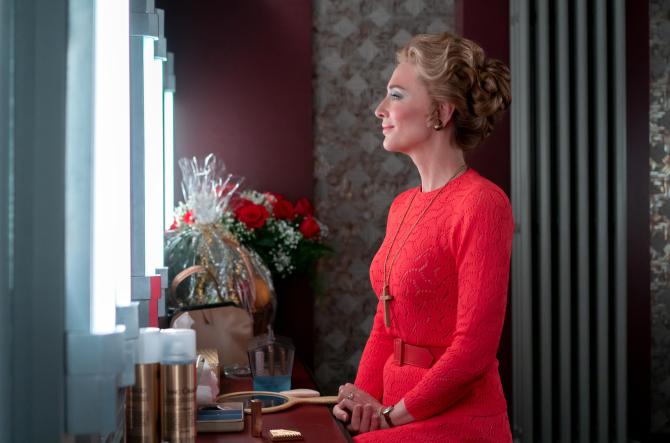 In the first episode of the series, we’re introduced to anti-feminist supervillain Phyllis Schlafly (played by Cate Blanchett). Schlafly was the fanatical founder of the counter movement to block the Equal Rights Amendment’s ratification, which was ultimately won. I’ve always thought of Schlafly as one of American history’s most prominent examples of the powerful role that white, heterosexual, cisgender women play in preserving patriarchy. Outside of her status as the lady Americans can thank for our continued lack of explicit constitutional protection from sex discrimination, she symbolizes a sickening brand of fake feminism. Today, this kind of “feminism” sometimes operates under the guise of “women’s empowerment.”

From ad campaigns to political parties, empowering women is held up as advancing us closer to gender equality, while often simultaneously opposing any real means to achieve it. Women’s empowerment campaigns and ideologies can represent some of the most insidious anti-feminist propaganda. The brand of power these campaigns promote is largely limited to rights and privileges benevolently granted by existing social, political and economic structures. Never mind that gender equality is impossible when sought strictly within the confines of an inequitable system.

As feminists like the author bell hooks have rightly noted, equality necessitates not just new rights and rules, but a whole new system. In a conversation with Schlafly in episode 6, Republican feminist Jill Ruckelshaus (played by Elizabeth Banks) says it best: “You want to get ahead climbing on the shoulders of men, Phyllis? Fine. Just know they’re looking right up your skirt.” It’s no coincidence that conservative politicians who dismissed Schlafly as a foreign policy expert were suddenly happy to take her seriously as an anti-Equal Rights Amendment activist. When women are busy fighting each other, they can’t effectively fight for equality. 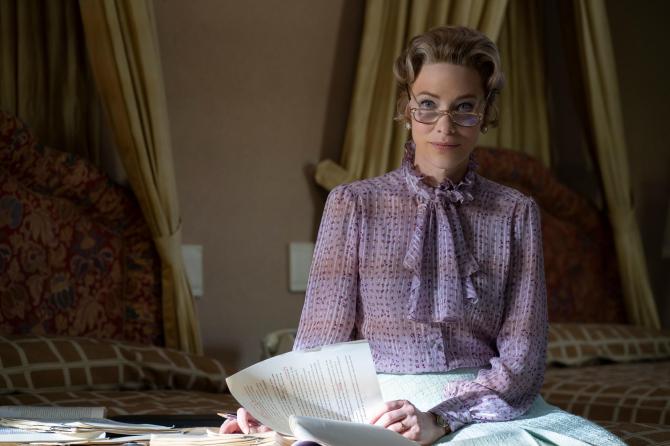 Manipulating women to support sexism seems to be straight out of Schlafly’s “pro-woman” playbook, at least according to Mrs. America creator Dahvi Waller’s portrayal of her. Schlafly presents herself as an advocate for women when all she really seems to do is campaign on fear, bigotry and conservative extremism to convince women to fight against themselves in service of a sexist system. Speaking to Schlafly’s supporters in episode 7, Bella Abzug (played by Margo Martindale) puts it this way: “Let me tell you the truth about Phyllis Schlafly. She’s a liar, a fear monger and a con artist. But worst of all, she’s a…feminist.”

She turns the public tide against Equal Rights Amendment ratification by scaring her base of mostly upper-class and middle-class housewives with predictions that conservative values will be the price paid for constitutional protection. Most devastatingly to Equal Rights Amendment ratification, and generations of women to come, Schlafly transforms constitutional gender equality from a bipartisan issue of basic fairness into polarizing partisan politics. Through her own “nasty-nice” counter-crusade of sketchy legal arguments and doomsday conjecture, Mrs. America shows Schlafly smugly sacrificing women’s rights for her own shot at political stardom.

Mrs. America reminds us that even if we didn’t know better back then, we know better now.

This is hard to watch (and stomach), not only because it reminds us of how close we came to constitutional equality before getting “Schlafly-ed” in state legislatures across the country, but also because of the obvious parallels between Schlafly’s gilded cage army and the white women who helped elect Donald Trump, a president accused of sexual misconduct by dozens of women. Much like Schlafly and her supporters, their political choices were made on the backs of every American who is not white, male, cisgendered, heterosexual, economically-advantaged and able-bodied. They cast their ballots, clinging to the “second-hand” power and privilege patriarchy provides. 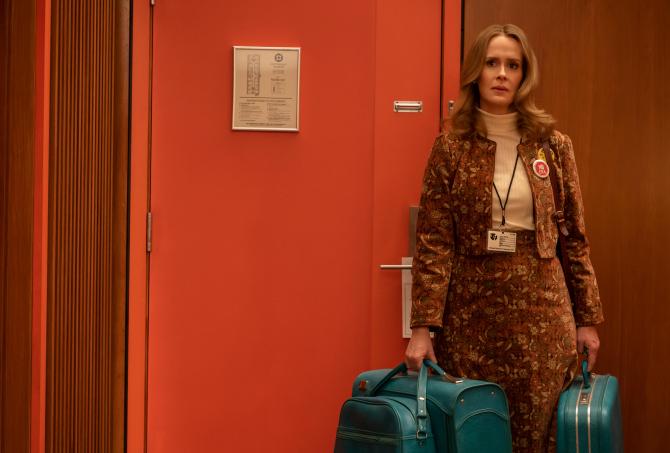 Equality eludes us not just within our constitution, but within our own movement. Mrs. America highlights second-wave feminism’s intersectional failures—long-standing and persistent wrongs modern feminists are still struggling to right and reverse. In a behind-the-scenes look at the early days of Gloria Steinem’s Ms. Magazine, we see Steinem (played by Rose Byrne) trying to convince a white, male Ms. executive to put Shirley Chisholm (played by Uzo Aduba) on the cover. In the end, the cover features Wonder Woman, a sexualized, fictional comic book heroine—instead of Chisholm, the first Black woman in Congress, and to run for president.

Racial inequality at Ms. Magazine manifests once again when Margaret Sloan-Hunter (played by Bria Samoné Henderson), the only Black editor at Ms., raises the issue of tokenism in the workplace: “Like the white population, we are diverse within ourselves…There is not a monolithic black experience.” All eyes turn to Sloan-Hunter as she sits in a circle of all-white Ms. editors. The optics alone tell the story, despite Steinem’s seemingly startled and concerned response. Sloan-Hunter eventually resigns from Ms. and helps found the National Black Feminist Organization.

“Things have certainly changed since the second wave of feminism, but Mrs. America makes clear that things have also stayed the same.”

Getting race right remains not only a social imperative for feminists but a moral one. “Sisterhood is powerful,” not universal. Women’s experiences cannot be distilled down to “a one size fits all” feminism, and yet organized feminism has a hard time keeping the experiences of upper-class and middle-class white women from being its focus. Experiences among women with intersecting identities are necessarily different, and those different identities and experiences must be equally (and seriously) represented. Tokenism is not an adequate substitute for equal representation in government or political movements. White, heterosexual, cisgender women speaking for the interests of those with less social, economic and political privilege will never create an inclusive movement. Solidarity is not stepping up for them; it’s stepping aside and standing silent, as strong, capable voices speak truth to power themselves. 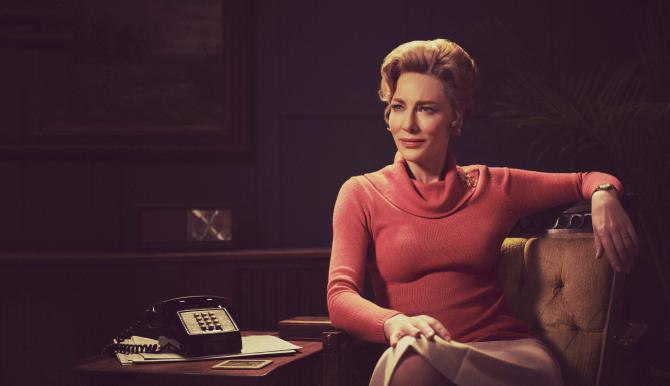 Mrs. America shows us that women of color were not the only ones left behind in the feminist race for constitutional equality, with references to movement leader Betty Friedan calling lesbians the “lavender menace.” Feminist reluctance to align the movement with the gay community might have been complicated, but it was also unequivocally wrong. As we move closer to Equal Rights Amendment ratification with renewed energy and activism, we cannot afford to make the same mistakes. Equal Rights Amendment protection from discrimination on the basis of sex must include constitutional protections for LGBTQ+ people. Constitutional equality cannot come at the exclusion of those who are among the most vulnerable to the kind of discrimination we are fighting to eradicate. Whether “we are all lesbians” or not, their interests must be our interests.

It’s painful and uncomfortable to see the on-screen history of Mrs. America repeat itself in our off-screen lives, but we can’t afford to look away. With a reinvigorated Equal Rights Amendment movement, Mrs. America reminds us that even if we didn’t know better back then, we know better now. It’s time to do better. Let’s stop making the same tired, inexcusable feminist mistakes. Let’s stop allowing modern-day “right-wing trolls” like Phyllis Schlafly to manipulate patriarchal power and privilege to defeat us. Our country and its lawmakers owe us a constitutional safeguard against sex discrimination that’s long overdue. And it’s going to take all of us, together, to get it.