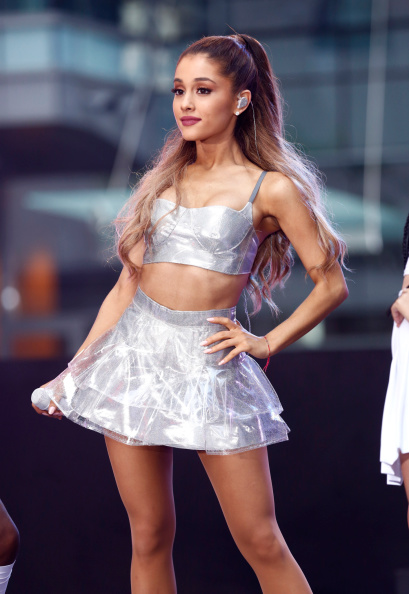 We’re getting more and more proof that pint-sized pop star Ariana Grande might be a serious diva with a nasty streak.

Last week it was revealed that, while doing press in Australia, the 21-year-old was basically a nightmare to work with, issuing a long list of demands and storming off a set, and it’s also been reported that the former Nickelodeon star is less than gracious to her die-hard fans. Now, a new report seems to back that up.

According to the Daily News, Grande was visiting a Manhattan radio station this summer, and was every bit the charmer—until she left the studio.

“She did autographs and pics and was all smiles until she got into the elevator,” an industry insider told the Daily News. “And as soon as the doors shut she said, ‘I hope they all f—king die.’ ”

And while we were semi-skeptical about these reports at first—staggering levels of fame can often bring with it negative press and rumors—even E! host Giuliana Rancic weighed in on Grande’s Down Under debacle by admitting the “Problem” singer lived up her song title at last year’s AMAs, when she nudged the TV presenter out of her way to make sure the camera got her good side.

“I just felt like it’s one thing if it’s Mariah, you know, I’ll get on any side, I’ll bend down, I’ll climb a ladder, whatever it takes to get Mariah to do an interview,” Rancic said in a new E! segment.

“But when you’re new on the block, when you’re trying to earn your stripes, you’re young, you just gotta do what you gotta do, try to get a great reputation, try to go overboard to please people.”

We agree. If Grande wants to keep scoring those number one hits, she should really pipe down—nobody wants their idols to be a brat, even her young fans that are probably pretty bratty themselves.