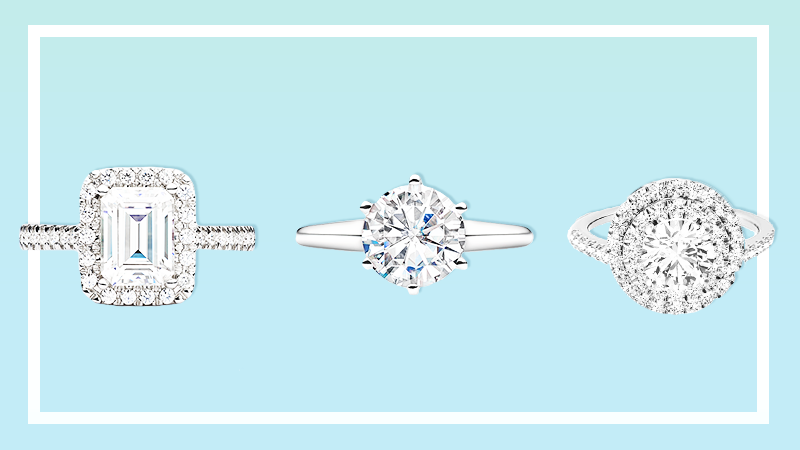 They say diamonds are a girl’s best friend, but unless you’ve got a six-figure salary—or a partner who does—the cost of a diamond engagement ring can be hard to swallow. Enter moissanite, a clear, shiny gemstone that a growing number of Millennials are choosing over diamonds.

Minnesota-based newlywed Tori Okoye—who’s in her mid-20s—explained to us that she and her partner chose moissanite for her engagement ring for a variety of reasons, including the fact that it’s eco-friendly, conflict-free, and (the obvious kicker) about one tenth the price of a standard diamond yet still has the same aesthetic qualities of the shiny stone.

“I love telling my friends about moissanite,” Okoye said. “I’m very pleased with it, [and] I think it’s much more normal to [choose] things that aren’t diamonds now.”

Sarah Williams, the VP of marketing and branding at Charles and Colvard, a company that produces the stone, confirms that the differences between the two stones are pretty difficult to spot if you’re not a pro. “Moissanite can be detected only by a trained eye with a loop; there are also testers available for retail jewelers to distinguish the two,” she told us.

While diamonds are slightly harder in texture than moissanite (which clocks in as the second-hardest gemstone), that’s about the only category they win: “Both are white, clear gems. Both will hold their color and clarity forever … And moissanite has more brilliance and fire than a diamond,” Williams explained.

So what exactly is it? In its pure form, moissanite occurs naturally, developing over millions of years by extreme heat and pressure, but the rocks you’d buy have been created in a lab. The natural version was first discovered by Nobel Prize–winning chemist Dr. Henri Moissan at the site of a meteorite strike in Arizona; he spent the duration of his life trying to re-create the mineral. Eventually, scientists managed to perfect it, creating silicon carbide crystals (known as moissanite) that are more durable than diamonds, sapphires, rubies, and emeralds.

We passed some moissanite engagement rings around the office and were stunned at the similarity between these sparkly rocks and the diamond rings some editorial staffers were wearing. To give you an idea of just how insanely similar the two stones are, check out this snap of our managing editor’s actual diamond engagement ring (closest to the base of the finger) and a $1,500 moissanite rock from Charles and Colvard. We couldn’t tell the difference—can you? 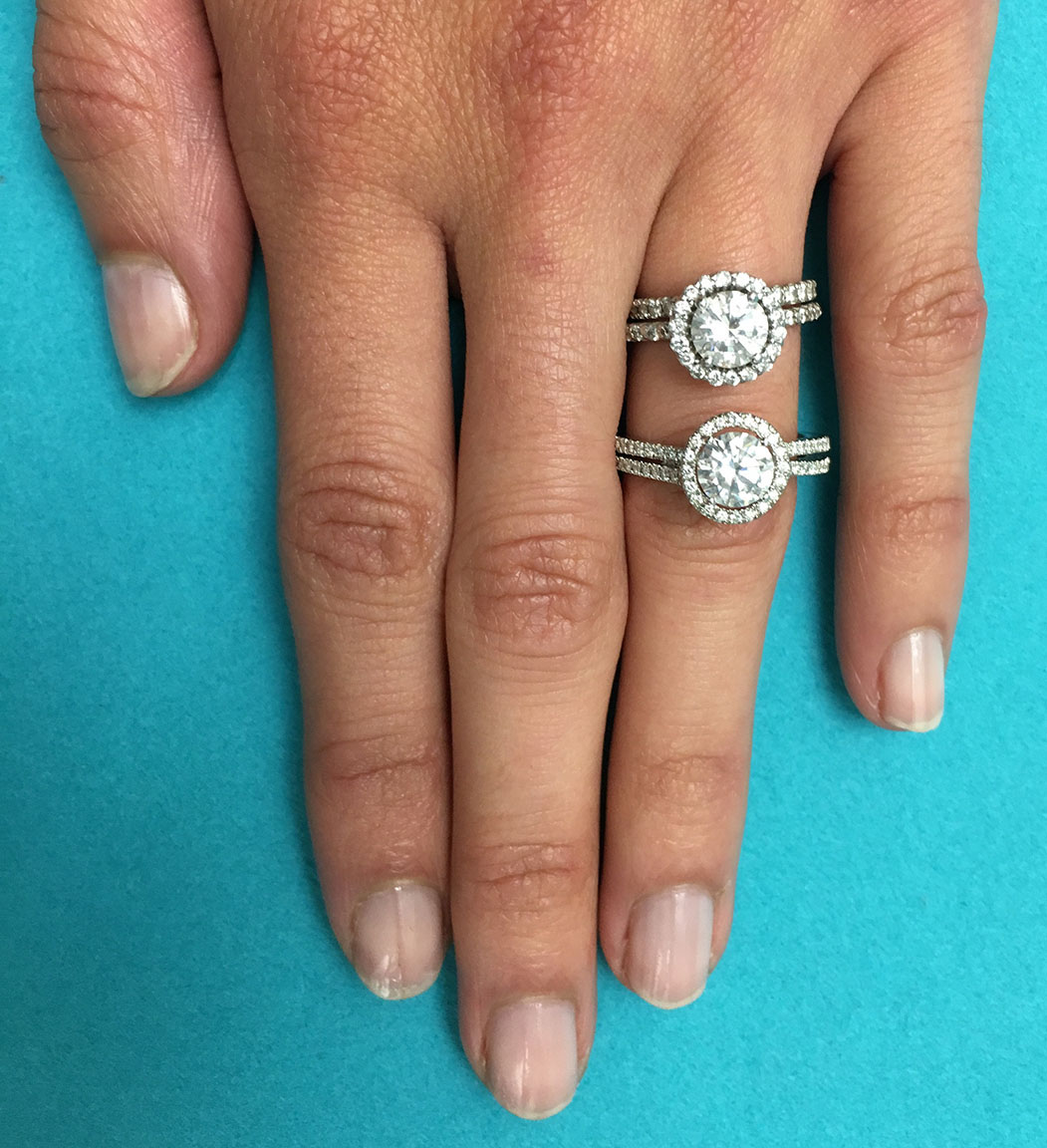 Can you spot the difference between the diamond and the moissanite ring?

The stones are growing in popularity among alt brides shopping around for engagement rings on Etsy. Kristin Coffin sells the stones set in her custom-designed rings on the marketplace and said she’s noticed a major spike in customers seeking out moissanite.

“I started using moissanite about six or seven years ago, just for custom client requests. Back then, barely anyone had heard of it, even within the jewelry industry. Jump to today, and moissanite is all over Etsy, and even widely sold in jewelry stores. As of this year, I now sell more moissanite engagement rings than diamond rings.”

When you think cheap diamond alternatives, your mind probably automatically lands on cubic zirconia, but don’t confuse CZ with moissanite: “There’s no comparison between the two,” Williams explained. “Moissanite is a fine gem that is guaranteed to hold its color and clarity forever. Cubic zirconia gemstones are mass-produced, often cut by machine—and not usually well cut. They are hard to the point of being brittle, do not hold color or clarity, and will cloud within around one year after purchasing.”

If you’re seriously considering snapping up the stone (why wouldn’t you be?), know that the cost and quality of your moissanite is based on color and clarity. Color is graded in ranges from colorless (D-E-F) to near-colorless (G-H-I) and faint color (J-K). Again, just like a diamond.