There’s no comedy that defined the decade more than Modern Family. In the 11 years since the show premiered, it’s become a bonafide success, with 14 Emmys and millions of fans. The Modern Family cast salary for 2020 isn’t too bad either.

Before Modern Family, cast members Julie Bowen, Sofia Vergara, Ty Burrell and others were far from the household names we know them as now. But a lot has changed in 11 seasons. Modern Family, which will air its series finale on April 8, has changed many of its cast members lives. The show has done a lot for TV too, as one of the first primetime sitcoms to feature a gay couple (Cam and Mitch) in its main cast. The sitcom has also explored adoption, relationships with age differences and other non-nuclear families to highlight how there’s no one definition for a family.

Of course, the money hasn’t been bad either. In its heyday, drew in an average of 12 million households each week. That, of course, is reflected in the cast’s paychecks, which are nothing to scoff at. Find out how much the Modern Family cast makes for its final season (and who the highest paid cast member is) ahead.

The Modern Family season 11 and series finale airs on ABC on April 8 at 9 p.m. ET. 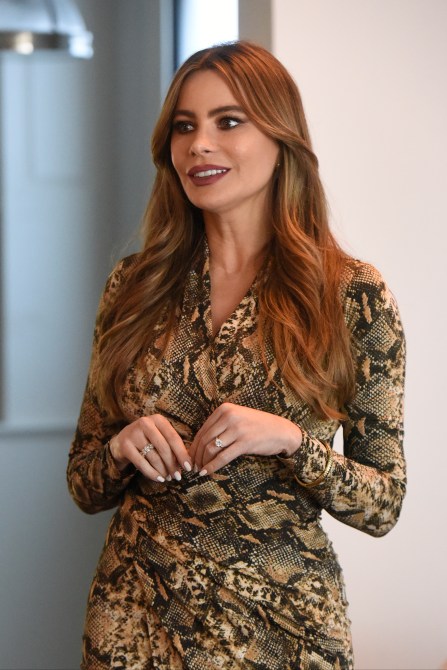 Vergara stars as Gloria Delgado, Jay’s second and much younger wife from Colombia. Since season 1, Vergara has been one of Modern Family’s most notable breakouts. She’s since starred in a movie with Reese Witherspoon and released her own clothing line, Sofia Jeans. Variety reported in 2017 that Vergara was one of five cast members who signed a new deal to be paid $500,000 per episode (which results in $11 million per season, depending on how many episodes there are.) The raise was from the actors’ previous salary which was $350,000 per episode. The deal was for season 9 and 10, so Vergara could make even more money for season 11, the final season, but that’s unknown. In 2018, Forbes named Vergara as the highest paid actress on TV with a $42.5 million net worth. 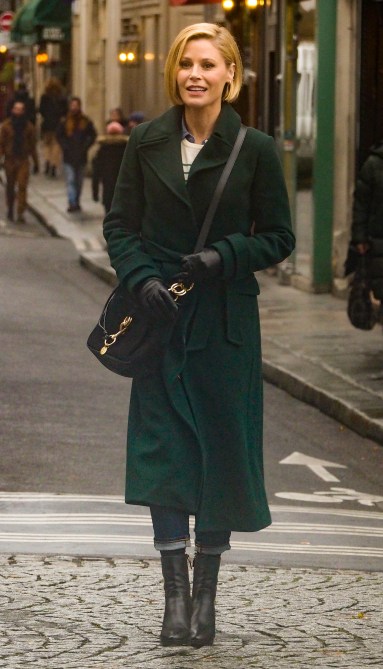 Bowen plays Claire Dunphy, Phil’s type-A wife and Jay’s daughter. Per Variety, Bowen was also included in the same deal as Vergara, which would pay the actresses $500,000 per episode for season 9 and 10. Like Vergara, she could also make even more money for season 11, but that’s unknown. Forbes also named her the fifth highest paid actress on TV at No. 5 with a $12.5 million net worth in 2018. In 2011 and 2012, Bowen won the Best Supporting Actress Comedy Emmy. 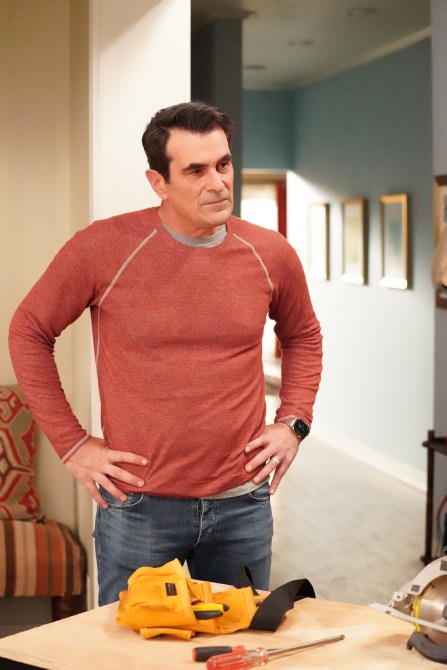 Burrell is a fan-favorite among Modern Family fans for his role as fun-loving dad Phil Dunphy. Variety reports that he was also one of the five cast members included in the new $500,000-per-episode deal for season 9 and 10. Like Bowen and Vergara, his salary for season 11 is unknown, but it’s at least the same (or higher) as what he made the past two seasons. In 2017, Forbes reported that he was the sixth highest paid actor on TV with a net worth of $13.5 million. He won the Best Supporting Actor Comedy Emmy in 2011 and 2014. 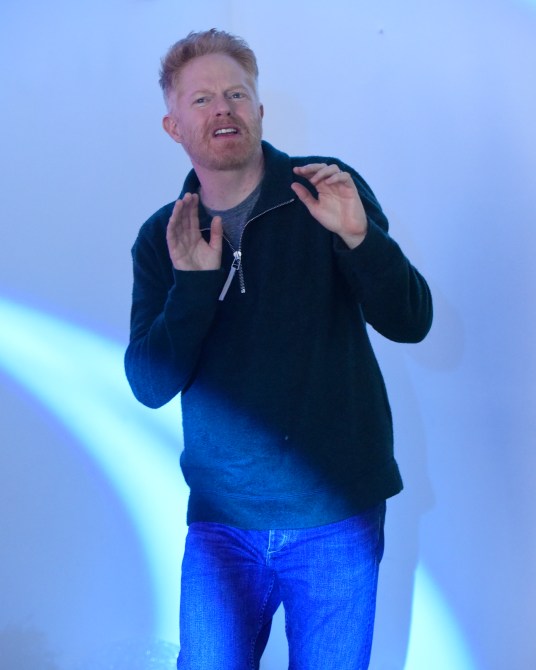 Ferguson stars as Claire’s brother and Cameron’s husband Mitchell. He’s also included in the five cast members who were paid $500,000 per episode for season 9 and 10, according to Variety. His season 11 salary is unknown, but it’s either the same or even more than what he made for the past two seasons. In 2017, Forbes ranked Ferguson was No. 10 in its highest paid TV actors roundup, with a net worth of $10 million. 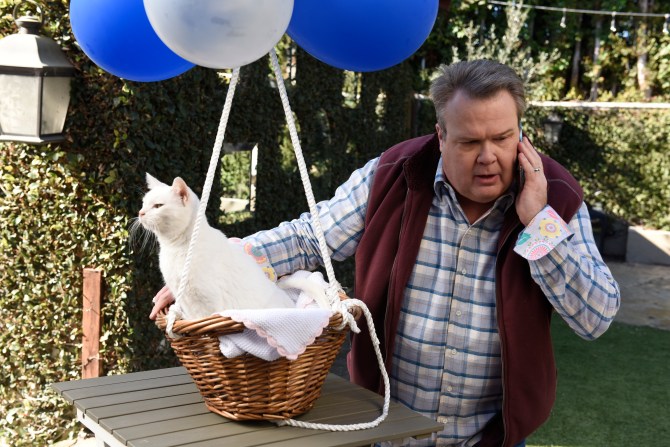 Stonestreet plays Cameron Tucker, Mitchell’s theatrical husband. He was the final actor included in the five cast members who signed deals to receive $500,000 per episode in 2017, according to Variety. The deal was for season 9 and 10, so it’s unclear if Stonestreet makes the same amount for season 11, the show’s final season, or if he and his costars received yet another bump. Stonestreet was also included in Forbes’ list of the highest paid TV actors in 2017w with a net worth of $11 million. In 2012, he won the Best Supporting Actor Comedy Emmy. 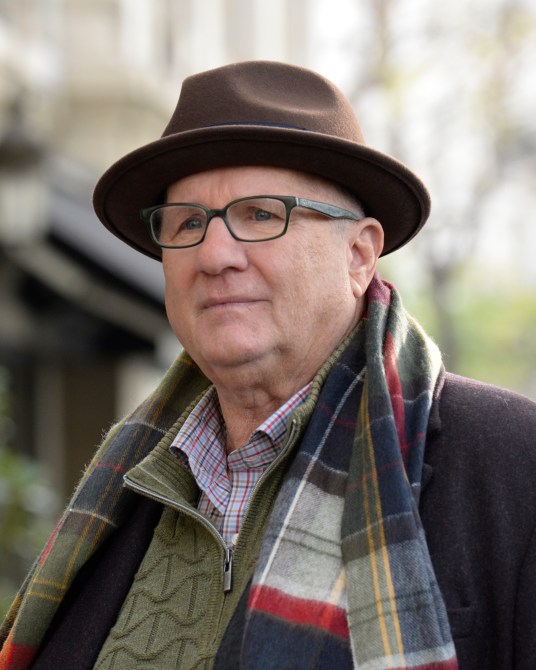 O’Neill is the patriarch of the Modern Family cast as Jay Pritchett, Gloria’s much older husband and Claire and Mitchell’s father. Variety reported that O’Neill has earned a higher salary than the rest of the Modern Family cast since season 1 because of his recognizable career. (He was best known for his role in Married With Children, which ran from 1987 to 1997.) Variety didn’t report how much he makes per episode for the final three seasons (previous reports claim he made $500,000 per episode when the rest of the cast made $350,000), but the magazine did note that O’Neill has a “larger profit stake” because of his career, so it’s likely that his salary for the final season is more than the $500,000 the other cast members are making. 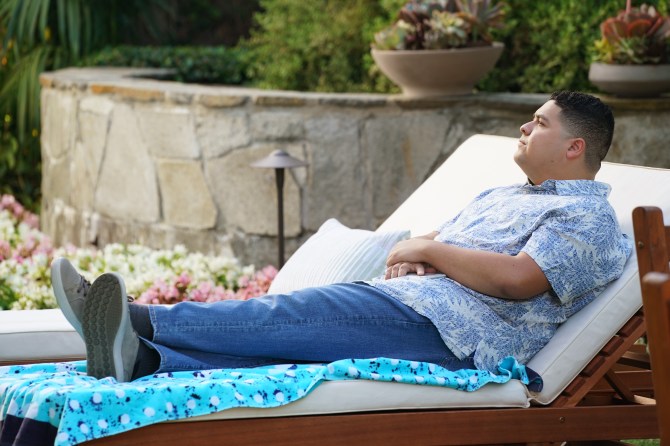 Rodriguez stars as Manny, Gloria’s son and Jay’s stepson. Variety reports that he and the other actors who play the show’s children are included in a second tier, which is less than the adults. Like the five cast members mentioned earlier, Variety reported in 2017 that Rodriguez and the other young actors received pay raises for the show’s final seasons. According to Celebrity Net Worth, Rodriguez signed a deal to receive $125,000 per episode in 2018, which was a lot more than the previous $75,000-per-episode rate he made before. 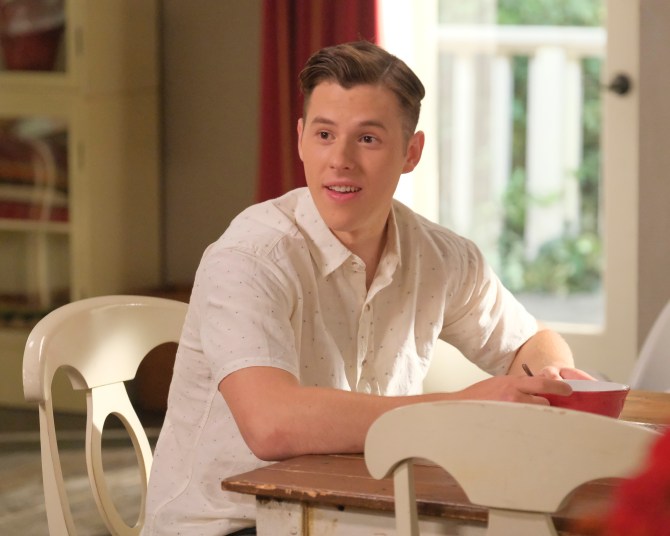 Gould stars as Luke Dunphy, Claire and Phil’s youngest child and their only son. Variety reports that Gould is included with Rodriguez in Modern Family‘s child bracket, which means that the two actors likely make the same salary. Because of this, it’s assumed that Gould also makes $125,000 per episode, starting in 2018, which is almost double the $75,000-per-episode rate he made for previous seasons. 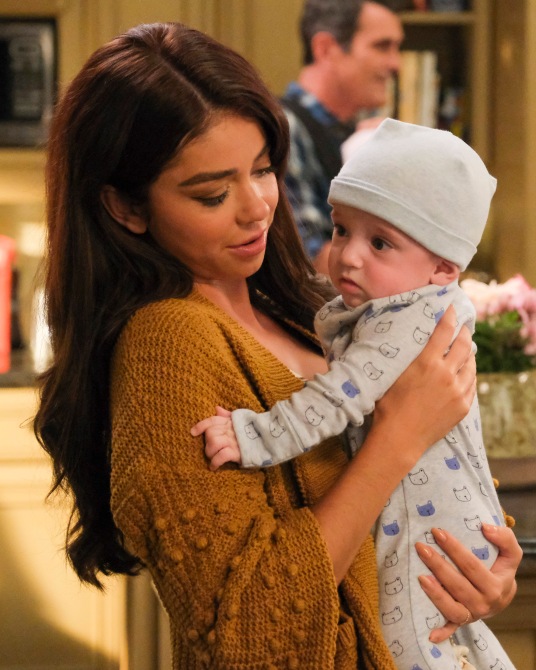 Hyland stars as Phil and Claire’s eldest daughter, Haley Dunphy, who welcomed children of her own in the season 10 finale. Variety reports that Hyland is included with Gould and Rodriguez in the show’s children bracket, which means she likely makes the same $125,000-per-episode rate as her on-screen cousin and brother. The salary is certainly a raise from the $75,000 per episode the Modern Family kids were making for the previous seasons. 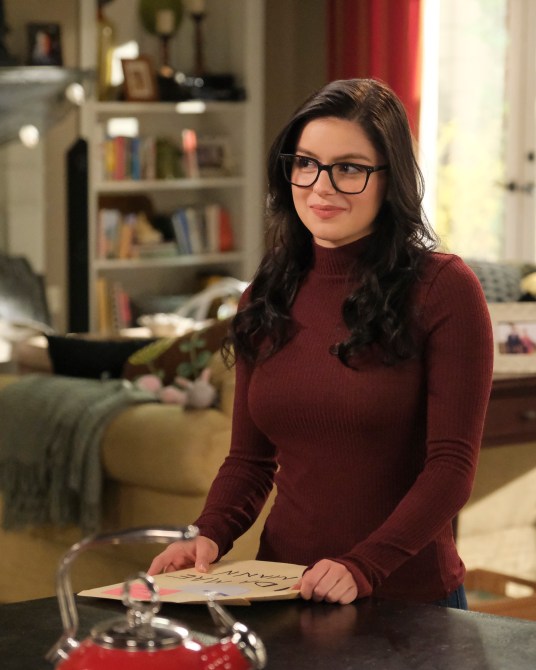 Winter stars as Alex Dunphy, Claire and Phil’s middle child and Haley and Luke’s brainy sister. Variety also included her with the other Modern Family children who received raises in 2018. This means that, like her young costars, she also likely makes $125,000 per episode for the past three seasons. Though the salary is less than what the parents of the show make, it’s still more than the $75,000 per episode the younger costars reportedly made for previous seasons.