She may have been one of Matt James’ OG women, but it wasn’t until the February 1 episode of The Bachelor that fans were on the hunt for The Bachelor 2021 spoilers about MJ Snyder to know when the show’s new villain will be sent home.

MJ is one of 32 contestants who met Matt, a 29-year-old real estate agent from Raleigh, North Carolina, on the Monday, January 4, premiere of The Bachelor season 25. The other women who met Matt on the third episode of his season are Brittany, Catalina, Kim and Ryan. Matt, who is the best friend and roommate of Bachelorette alum Tyler Cameron, was announced as the season 25 Bachelor in June 2020. Unlike the previous Bachelors, Matt is the first Bachelor since Brad Womack in 2011 to not be a former Bachelorette contestant. (Though he was cast for Clare Crawley’s season of The Bachelorette in 2020, he never made it on the show, as he was chosen as the Bachelor soon after.)

So what’s what we know about Matt. But what about MJ? Read on for The Bachelor 2021 spoilers we know about MJ Snyder, a.k.a. the villain who took over Queen Victoria’s throne. 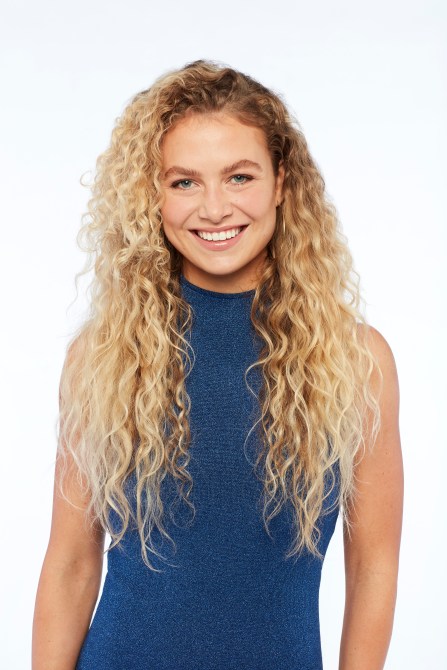 Who is MJ from The Bachelor?

As for what she’s looking for in a husband, MJ said that she wants someone who is “fiercely loyal” and “won’t add unnecessary drama to her life.” From the way she was edited, it looks like MJ may be the one adding the drama to her relationship. Her Bachelor bio reads, “MJ wants a man who will be just as giving as she is and will shower her with the reciprocated love she deserves. She dreams of settling down with someone reliable, decisive and family oriented, and says that she needs a man who will be as fiercely loyal to her as she is to them.”

Her bio continues, “MJ is very social and wants to find a man who will let her maintain her independence and won’t add unnecessary drama to her life. She loves a man with a plan but has no interest in someone with an inflated ego or unrealistic expectations. She also cannot deal with someone who is never on time. MJ is charming and memorable and once she enters “The Bachelor” bubble, we don’t think Matt will have any trouble keeping her on his mind.”

For her fun facts, MJ lists the following:

– MJ loves disco music and says it’s her favorite music to dance to.

– MJ says the best trip of her life was camping in the Sahara desert.

What is MJ’s job?

The Bachelor lists MJ’s job as a hairstylist. That’s also clear from MJ’s professional hairstylist Instagram @hairbymj___, where she lists her hair specialties as hair coloring and hand-tied extensions. MJ also has tutorials and guides to different hair trends and products. MJ graduated from Ohio State University in 2019, not too far from her hometown.

Does MJ win The Bachelor?

After her drama with Jessenia Cruz, fans want to know if MJ wins The Bachelor. We’ll answer that later, but first, let’s recap her drama. On the February 1 episode of The Bachelor, MJ revealed herself as the new Bachelor villain after Victoria Larson and Anna Redman were sent home spreading a rumor that Brittany Galvin is an escort and bullying other contestants. MJ went on to feud with Jessenia, who accused her of lying to Matt and having three faces: one at the house, one in front of Matt and one when the cameras are on. The episode ended on a cliffhanger with Matt having one rose to give to either MJ or Jessenia.