As I was getting dressed for the Women in Film’s Crystal + Lucy awards, a show highlighting women in media, I predicted that the biggest discovery of the evening would be whether I’d make it all night in my super-high Chloe Gosselin heels. I arrived at the Beverly Hilton wearing a dope Marais Wolk dress, proud to be representing the first season of my TV show, Vida, which vocalizes the underrepresented stories of brown queer Latinx-Americans.

The evening marched on with an inspiring and vibrant celebration of women in front of and behind the camera. I was helping myself to a third glass of white wine when Brie Larson was announced to receive her Crystal award. I cheered along with the crowd, doing my best to fight the fatigue that was creeping in, when suddenly Larson’s words grabbed my full attention.

Instead of using her allotted time to thank the people who had helped her get there, Larson pointed out the lack of critics of color in our industry. Say what?! I thought. Larson went on to share a stream of eye-opening stats from the USC Annenberg Inclusion Initiative: In 2017 only 2.5 percent of top film critics were women of color, while 80 percent of those who reviewed the year’s top box-office movies were male. I had no idea, but it made perfect sense. 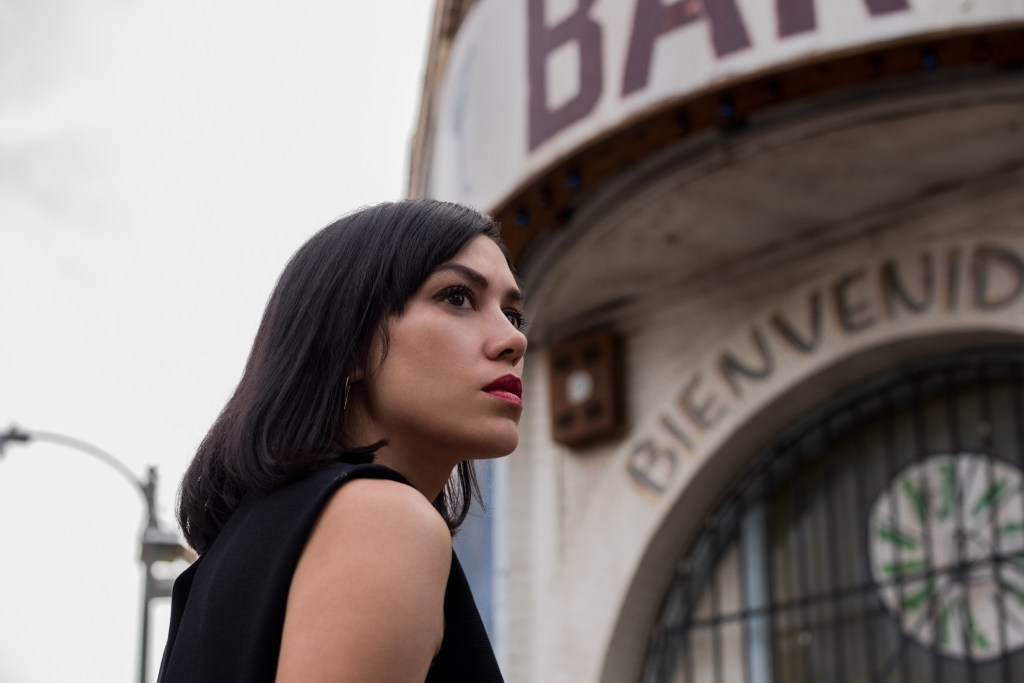 I looked back to our press junket and realized what I had taken for granted. Vida is my first TV show, so this was all new to me. I did about 40-plus interviews in one day and was now realizing that the diversity of people interviewing us was probably arranged on purpose, because that’s the way it should be. My co-star, Melissa Barrera, and I sat in a fancy hotel room as reporters came in and out, one by one. It was a long day, and even though we were repeatedly asked many of the same questions, we were happy to explain to reporters how Vida was a true love letter to our underserved communities. We have a proud queer Latinx showrunner, an all-Latinx writers room, all Latinx or women of color directing, and the most inclusive crew I’ve ever laid eyes on. For us, Vida isn’t just another job—it’s part of a movement of inclusion.

It’s just too easy to apply a fresh coat of stereotype and call it a day.

One interview in particular stood out. When Rosy Cordero, a journalist from Playboy magazine, walked in, her eyes were bright and alive, possessing energy that made me want to greet her like a long-lost friend. “First off, I still can’t believe a show like this exists!” she exclaimed. Melissa and I shared in her excitement. There’s a huge part of me that still can’t believe it, either. We talked about sex and nudity on-screen and what it means for us as Latinas. Cordero interviewed us with a cultural shorthand that allowed us to dig deeper than we had so far that day. This woman wasn’t just doing her job—she summoned her heart, gut and expressive hands during the interview.

Halfway through our conversation, Cordero paused. “I feel like I’ve been waiting my whole life to be able to report on a show like this.” She held back tears, which, in turn, made Melissa and I tear up. She quickly recovered and apologized, but we each grabbed one of her hands to let her know that we got it. Cordero was seeing herself represented as an unapologetically loud, fierce woman with agency over her body and a point of view. She understood the experience of being able to float freely between two cultures in a way that our grandparents and even our parents could not—while still trying to navigate a society that doesn’t always treat you as one of its own. Cordero’s perspective made her uniquely able to speak about the show with nuance and life experience, and thus hold us to a higher standard because she knew exactly what was being conveyed.

I wouldn’t expect the critic to understand. These references aren’t for him.

It’s glaringly apparent that it’s no longer enough to just have entertainment critics who understand how to discuss media, because even though the reviews for Vida have been incredibly positive, it’s difficult not feel tiny spike of yuck when I see our show being likened to a telenovela (the way most Latin shows are). Or when, more than once, tarot cards used by the character Doña Lupe were referred to as Loteria cards. This woman represents a sacred archetype in our culture and reducing her tarot cards to Loteria, a game, is akin to calling them bingo cards. Or when our activist scenes are called “laughably unconvincing” by someone who has likely never been to an activist meeting on the east side of L.A. There are people in our production and writers’ rooms who have been following this specific movement for years. So, it’s not entirely the critic’s fault. I wouldn’t expect him to understand. These references aren’t for him. 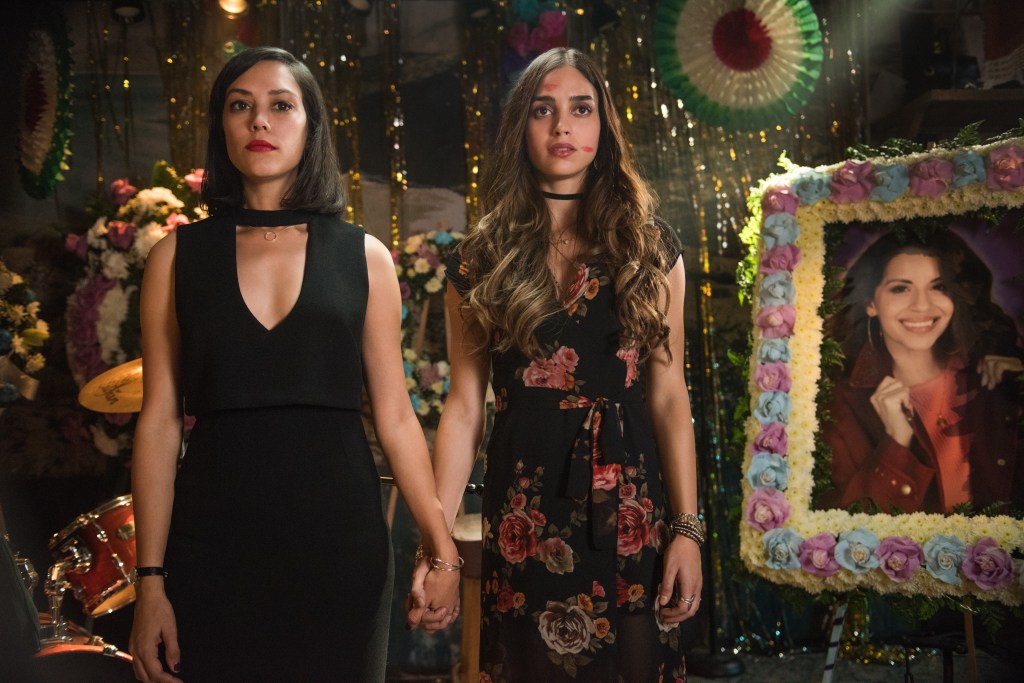 During this difficult time in our culture, representation is more than just a matter of “fairness,” but something of necessity. We’re once again seeing just how easy it is to strip someone of their basic humanity. To scapegoat our country’s disfunction onto “those people” or “others.” It’s happening in our prisons; it’s happening on our borders; and it’s an unfortunately consistent part of this country’s history. It’s too easy to fear what you do not know. If all you’re seeing of immigrants on TV is cheap labor, criminals, gangs and drug dealers, who wouldn’t be scared?

If all you’re seeing of immigrants on TV is cheap labor, criminals, gangs and drug dealers, who wouldn’t be scared?

Telling our stories from our point of view is vital.  We must been seen, felt and understood, so that no one can deny us our humanity. Our stories will get lost if they’re not being amplified by people who understand them. Otherwise, it’s easy to apply a fresh coat of stereotype and call it a day. 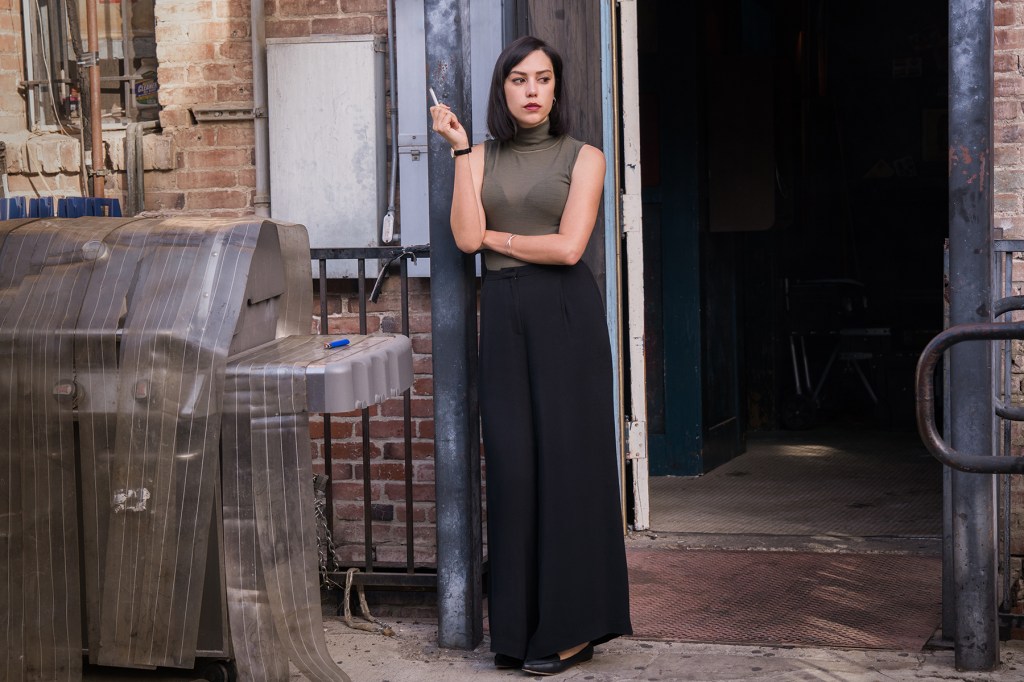 The need for women of color in media stretches past the faces on the screens and the people on our sets. All aspects of the entertainment industry should reflect the people who consume it. Production companies, networks and film festivals must give women of color the access and credentials to make sure they’re included in the conversation about what’s artistically significant. It’s not acceptable to push diverse voices to the periphery or to the end of the red carpet press line. Vida showcases a Latinx perspective that’s still scarce on TV, but I’ve seen firsthand the profound importance of representation in telling a story—the right way.

I want to see our country on-screen reflected as it is in life: a diverse multitude of people, traditions and narratives to be shared and explored in characters, storytelling and colorful points of view.