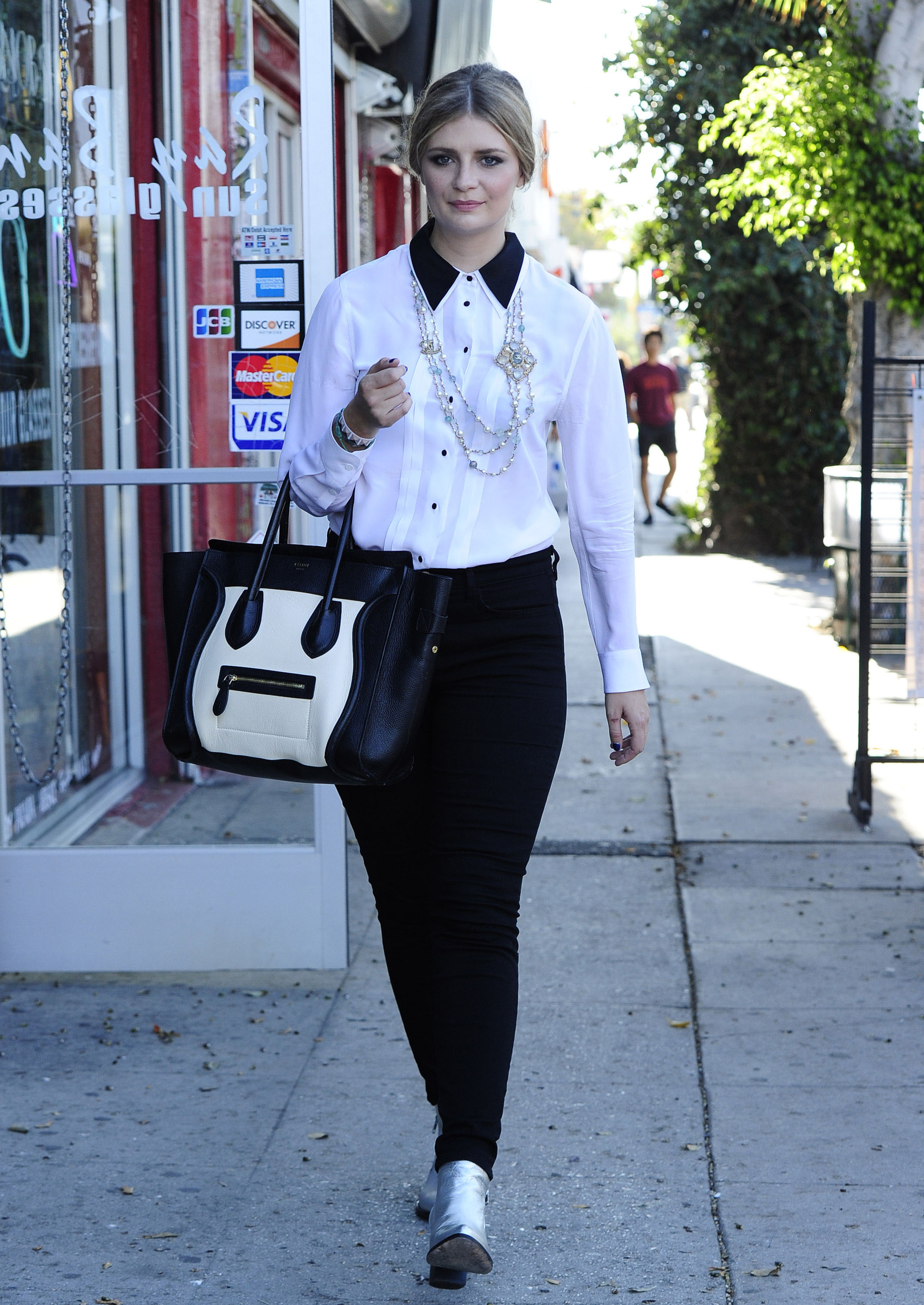 Where oh where has Mischa Barton been?! We feel we ask ourselves this question every couple of months, and we’re never able to discern a clear answer. However, lately we’re getting a premonition that the 27-year-old former star of “The O.C.” may slowly be trying to make a comeback.

In addition to a range of purses she designed that are apparently available on Asos (who knew?), her IMDB page reveals she has a couple of films in the post-production stage. But most significant is perhaps her return to looking chic and being snapped by paparazzi as she traipses around Beverly Hills.

Yesterday, Barton stepped out in the above outfit, which we must admit we kind of love. Yes, perhaps Peter Pan collars and Chanel pearls are slightly played out (you know she definitely snapped those up with her first Marissa Cooper paycheck), but the monochromatic Céline Luggage tote and killer silver booties speak for themselves.

After a myriad of fashion disasters over the years, it’s great to see her stepping out in something that flatters her figure.

What do you think—can Mischa Barton make a comeback, or is it too late?