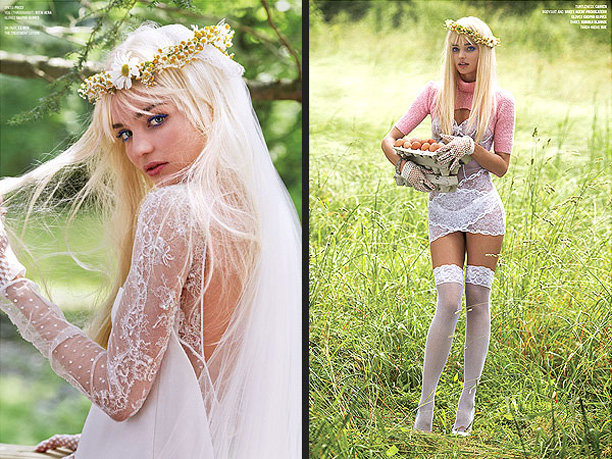 Photo via V Magazine via People

The second highest paid model of the year rocks blonde locks, a revealing lace ensemble, and a flower crown—because who doesn’t love a flower crown? Frankly, she looks like a character in her hubby’s blockbuster franchise “The Lord of the Rings” than someone who’d get busy in an adult film—but regardless, she looks radiant, and her body is in tip-top shape.

More: Miranda Kerr Will No Longer Be a Victoria’s Secret Angel

We wonder if that would ever fly today, and if it did, the political figure would probably have to be Miranda Kerr!

The issue hits newsstands on August 29—what do you think of Miranda Kerr as Cicciolina?