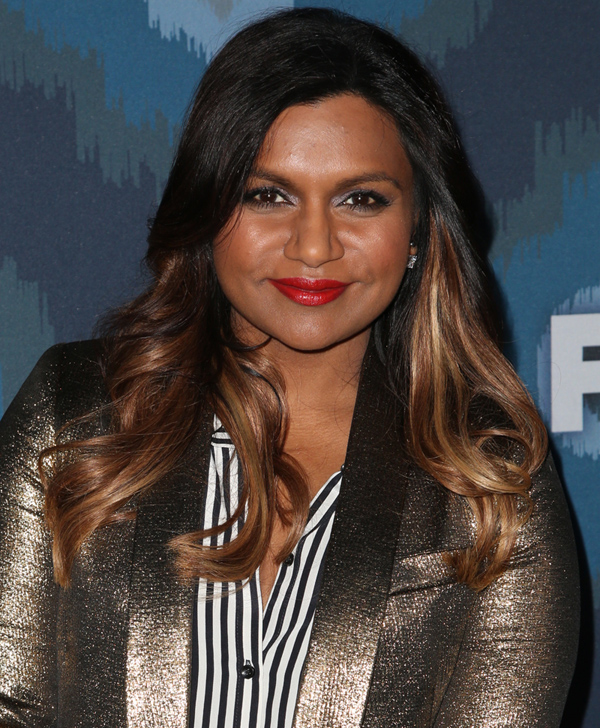 In addition to our irrepressible desire to be besties with her, our love for Mindy Kaling has no end.

Kaling rose to fame as the only woman writer on “The Office”—a show she also starred in—and now is the creator and star of her own show “The Mindy Project.” A feat in itself, but it’s also worth noting that Kaling is the first South Asian woman to headline a network television show.

So, what’s the 35-year-old’s secret to success? Pure, unbridled confidence. Really. And we could all learn a thing or two from that.

“I have a personality defect where I sort of refuse to see myself as an underdog. It’s gotten me into a lot of trouble but is also the reason for my success,” Kaling said at this year’s Sundance Film Festival. “I often am reminded of it when people ask me why I’m confident …Why wouldn’t I be?”

To that point, Kaling also said: “So many girls who look up to me or are interested in me are young girls of color who have been told they’re ugly and who feel that they are not normal. It’s so important for women who look like me—or who look different than me —can find themselves beautiful and be objects of love and attention and affection. I feel sad when people say, ‘You were the first person who made me feel like that was possible.'”

MORE: All 20 Acting Oscar Noms Are White—And People Are Upset

Never fear, Kaling’s work on this topic isn’t done. She’s following up her unofficial girl power tour with a Nationwide Insurance commercial she helped conceptualize for the Super Bowl about being invisible as a colored woman, so watch out for that spot come Sunday.

Let us reiterate the above—Kaling, you are a boss.