Unlike previous seasons, Milo Ventimiglia doesn’t know how This Is Us season 5 will end. “I got to be honest. This is the one season that I don’t know how it goes,” he tells StyleCaster. “Usually in a non-COVID world, [creator Dan] Fogelman is on set  often. He’s sitting by the campfire telling stories about what the next several episodes are going to look like or what’s going to happen in the end. But with COVID protocols, we don’t see Dan on set as often. Episode to episode, it’s a mystery to me.”

Though he doesn’t know what this season’s finale looks like, Ventimiglia, who plays Jack Pearson on the NBC drama, does know that the show’s end is near, given that Fogelman has said that he planned for This Is Us to be a six-season series.

“I’m not a nihilist but I’m also a realist,” Ventimiglia says. “Eventually everything has an ending. If there’s a beginning, there’s always an ending. I know it’s coming but what I try to do—and this relates more to life as well because we don’t know our actual ultimate en—is just live in the present. Not look too far ahead and not dwell too far in the past. If a memory from the past hits me, hold it a little while but let it float away like smoke because that’s what happens in life. The show will end at some point and when I get to that, I’ll see what emotional mess or stoic lion I’ll be.”

Ahead, Ventimiglia talked to StyleCaster about how This Is Us hid Mandy Moore’s baby bump, his reaction to the series finale and the present-day characters he wishes Jack could meet. 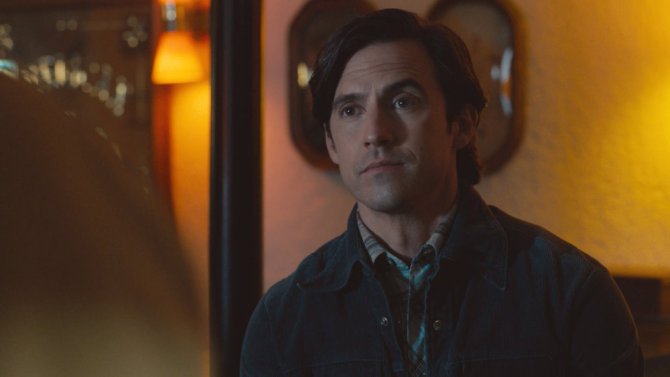 On how Jack’s relationship with Nicky is different than his bond with Rebecca and his kids.

“Nicky is Jack’s history. Nicky is Jack’s upbringing. Nicky is Jack’s foundation of how he approaches life with his kids, life with his wife. Life just as a man. Nicky is the reminder of where he comes from. Getting to play that age of Jack, there’s a lot of weight to it because of how they were brought up. Things have been tough with his father, everything that transpired in Vietnam amongst the brothers and the both of them looking out for their mother. There’s a lot of weight and a lot of history to that age for Jack and Nicky. It’s always so great to share that time with Michael Angarano [who plays Nicky] and Peter [Onorati] and Laura [Niemi], who play our parents. There’s still always going to be something to unpack from their younger years.”

On how Jack’s death affects Nicky

“My heart really breaks for Nicky. He’s always had his brother looking out for him. In the episode that airs tonight, his brother encourages him to take those large leaps and bounds. Those big steps. Be a man for himself, which doesn’t always happen. It’s heartbreaking to know that Nicky never got the opportunity to come together with his brother having been so close. I think back to season 3 post-Vietnam when his brother kept sending him postcards. Jack even says it about this road trip with the girl like, ‘Hey, don’t forget to send your brother postcards.’ What a beautiful nod to what ultimately happened when Nicky was first reaching out to Jack. It’s tough. It’s a difficult thing for me. It’s been one of the moments where I didn’t agree with Jack and how he handled it with his brother. His brother was experiencing something that Jack couldn’t understand, couldn’t quantify the drug use and not being emotionally equipped to be in a place of war. I feel for present-day Nicky in dealing with that loss of his brother.” 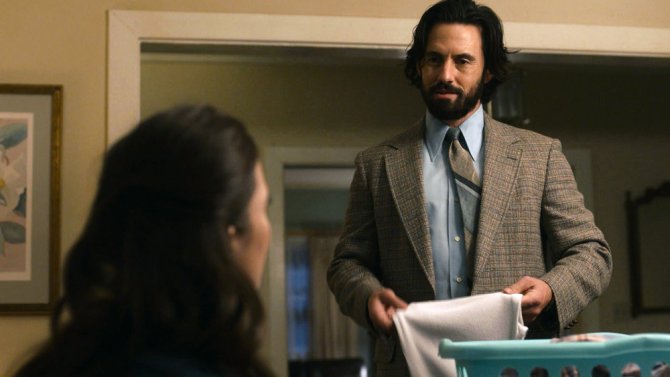 On how This Is Us hid Mandy Moore’s pregnancy

“Thank God for our post-production effects crew. We were able to shoot Mandy fully nine months pregnant walking through a wide shot and they minimized her belly. It was crazy. Crazy! I thought we had to do things where I’m conveniently opening the refrigerator and she’s conveniently passing behind it. They said, ‘No. It doesn’t matter. We’re just going to shrink her belly in post.’ The one thing we were worrying about was Mandy on her feet 12 hours a day. Beyond that, our post-production team really knocked it out of the park in helping us tell Rebecca’s story not at the expense of Mandy Moore the person.”

On the way This Is Us has tackled race

“The reckoning we’re having as a country, where people are having to look within themselves and their contribution to positivity. I know, myself, I don’t understand the experience of being an African American in this country in this time, but what I do know is my support and my love for the struggle and what they’ve had to endure for many, many, many years and accepting that a lot of people can’t even acknowledge that. What you have to do is make people acknowledge that and make them understand the history of America and support it. Jack may not have the vernacular to discuss in the most forward-thinking way of the struggle he had of raising a young Black boy that he loved, that he adopted, that he called his son with his heart the way he did his biological children. Randall is every bit his son as the other two are his children. He may not have had the vernacular, but he had the love. That is the one thing I’ve always anchored with Jack. Randall is going through this experience that we’re understanding. It’s very apparent right now the conversation we’re all having. It’s not just African American stories, but Asian American stories. Jack leads with love in a way that creates the opportunity for understanding and creates the opportunity of coming together. The whole thing is complicated. There is no straightforward answer that anyone can ever give, but what there is is hopefully an openness and a willingness for people to truly see and experience and empathize and understand how they can contribute positively moving forward as human beings.” 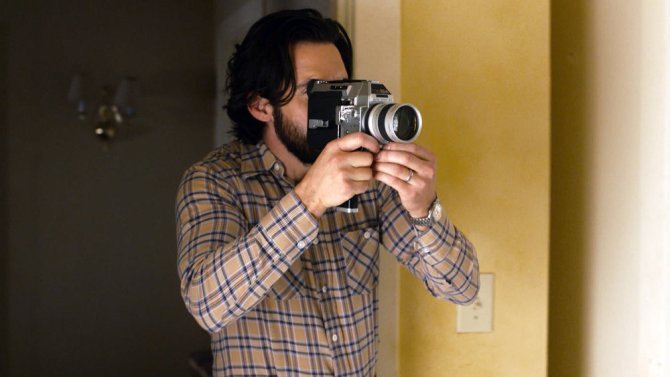 On who influenced his performance as Jack

“I base my performance of Jack on my own father and how my mom and my dad raised us. I have a lot of that experience and influence from my mom and dad. It’s been nice to see the impact that Rebecca and Jack have had on marriages of the audience. The audience talking about, ‘Oh, my husband. Oh, my wife.’ Or being parents. I get a lot of people telling me, ‘Jack is such a good father. It makes me want to be a better father.’ I’m grateful to play the man that inspires a lot of different people in a lot of different ways positively.”

On the cast members he wishes he could have scenes with

“I’m always hoping for time with Sterling [K. Brown] on set. I’m always hoping for time with Chrissy [Metz] on set. I’m always hoping for time with Justin [Hartley]. To play that parent-child relationship. Also I wish I could do more scenes with Ron Cephas Jones as William. I wish I could play some scenes with Susan [Kalachi Watson], with Jack and his daughter-in-law. I wish I could play a scene with Chris Sullivan, a scene with Jack and his son-in-law. We have such wonderful actors on this show. It would be fun to play a scene with Eris [Baker] and Faithe [Herman] and Lyric [Ross].  We don’t get the opportunity to, so when Dan and the crew present us with scenes like that, I soak them up as best I can and try to really slow down time to experience what it is.”

On his reaction to how This Is Us will end

“Dan has been very vocal with us on the inside about the ending. Dan is an ever-evolving human being. He may have told us one thing and eventually settled on something different in the future, but I know also Dan has certain convictions and stories he wants to see through. If the original plan and how he saw the show ending are actually going to be the way it ends, it’s a beautiful moment. But I’m more interested in not just the last scene and the last episode, but the last couple episodes as it’s running up toward the last moment on camera for the show. It’s been a ride. It really has been a ride.”