After six seasons on This Is Us, Milo Ventimiglia‘s net worth has reached an all-time high. Clearly, it pays to be papa Pearson on the beloved NBC series.

Ventimiglia—whose full name is Milo Anthony Ventimiglia—was born on July 8, 1977, in Anaheim, California. As the youngest child of Carol and Peter, a Vietnam War Veteran, Ventimiglia also has two older sisters named Leslie and Laurel. Before dipping his toes into the world of professional acting, Ventimiglia attended El Modena High School in Orange, California, where he participated in a number of extracurricular activities such as student government, wrestling and, of course, acting in school drama productions. When he graduated in 1995, Ventimiglia joined a summer theater program at the American Conservatory Theater before enrolling at UCLA and deciding to study theater.

While still going to school at UCLA, Ventimiglia made his television debut in 1995 on The Fresh Prince of Bel-Air. The next year, he appeared on Sabrina, the Teenage Witch and Saved by the Bell: The New Class, and his first film role followed shortly thereafter with a part in the short film Must Be the Music. The latter half of the 90s saw Ventimiglia appear on shows such as EZ Streets, Brooklyn South, Kelly Kelly, One World and Promised Land. However, his biggest role yet came in 2000, when he was cast on the Fox teen drama Opposite Sex, where he played the title role of Jed Perry. But his breakthrough was short-lived; Opposite Sex was canceled after only eight episodes, leaving Ventimiglia going back to the drawing board. 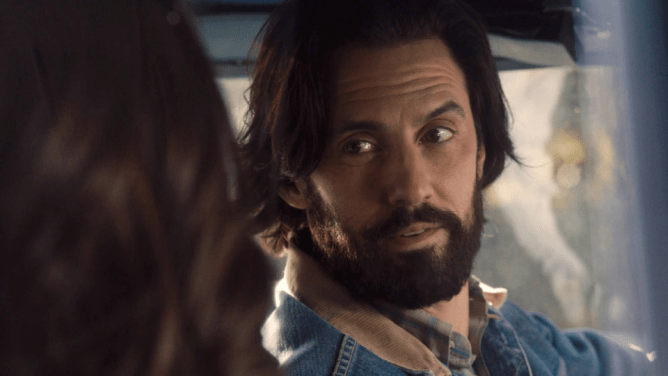 Clearly, something better was on the horizon. Ventimiglia landed a reoccurring role as teen Jess Mariano on the long-running comedy series, Gilmore Girls, which he starred in from 2001 to 2006. During the same period, Ventimiglia was a series regular on American Dreams, where he played rebellious boyfriend Chris Pierce on the series third and final season. Throughout the later 2000s, Ventimiglia continued to nab roles in series like Heroes, where he played superhero Peter Petrelli from 2006 to 2010. His parts on shows like Mob City, Chosen and The Whispers, however, didn’t last quite as long.

Of course, that doesn’t mean Ventimiglia wasn’t ready for the long haul. Today, many fans know Ventimiglia best for his role as Jack Pearson in the NBC family drama, This Is Us, which ran for six seasons beginning in 2016. But what may be less well known about the actor is what Milo Ventimiglia’s net worth is today—and how much of it comes from his This Is Us salary. Let’s find out.

What is Milo Ventimiglia’s This Is Us salary?

Milo Ventimiglia has starred in NBC’s This Is Us since 2016. On the show, Ventimiglia plays Jack Pearson—a father of three (affectionately known as the “Big Three”) played by Chrissy Metz, Justin Hartley and Sterling K. Brown, and husband to Rebecca Pearson, played by Mandy Moore. The series, which takes place in the present day, showcases the Pearson family’s life through flashbacks and future scene jumps as they navigate the ups and downs of childhood to adulthood.

Prior to season 3, however, the This Is Us cast had varying salaries. Given that Ventimiglia was one of the better-known actors before starring in This Is Us, he signed on to the series with a starting salary in the higher range of $85,000 per episode alongside his co-star Moore. By comparison, Sterling K. Brown’s initial salary was an estimated $75 million, whereas castmembers like Hartley and Metz were at the bottom of the barrel earning a reported $40,000 per season.

What is Milo Ventimiglia’s net worth?

This Is Us airs Tuesdays at 9 p.m. Eastern on NBC.