Remember way back in April 2012, when video surfaced of a then trés-innocent Miley Cyrus smoking what appeared to be marijuana out of what appeared to be a bong? Shortly thereafter, the squeaky-clean pop star admitted to using “salvia,” a drug that’s technically legal in California, at a friend’s house party. Now the cat’s officially out of the bag, straight from the mouth of the star herself, who shares in the most recent issue of W magazine that she “loves weed.”

MORE: What’s Up with Rihanna and Miley’s Weed-Obsessed Instagrams?

“I love weed,” Miley says in the interview. “I just love getting stoned. I just want it to be back to where it’s, like, organic, good weed.”

Well, there you have it, folks. If this doesn’t officially mark Miley’s divorce from her  former, Disney-approved identity, we don’t know what does. Organic weed: the ultimate identity-killer.

On another note, Check out Miley’s amazingly high-fashion cover, shot by Mert & Markus, below! 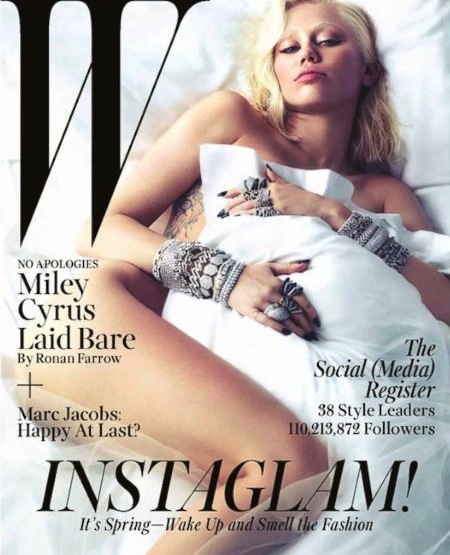