Miley Cyrus continues her ongoing marriage to the world of hip-hop and rap with her latest starring role in rapper Big Sean’s just-released music video for his song “Fire.” And in sticking to her recently developed penchant for wearing as little clothing as possible, Miley took this opportunity to show off that most rare but exciting of celebrity real estate: her underboob.

In one scene for the video, Miley wears a very short cropped sweater with a bondage style white leather bra that doesn’t exactly cover much. We wouldn’t normally take note of this kind of thing, but it’s Miley. Remember when she was Hannah Montana? 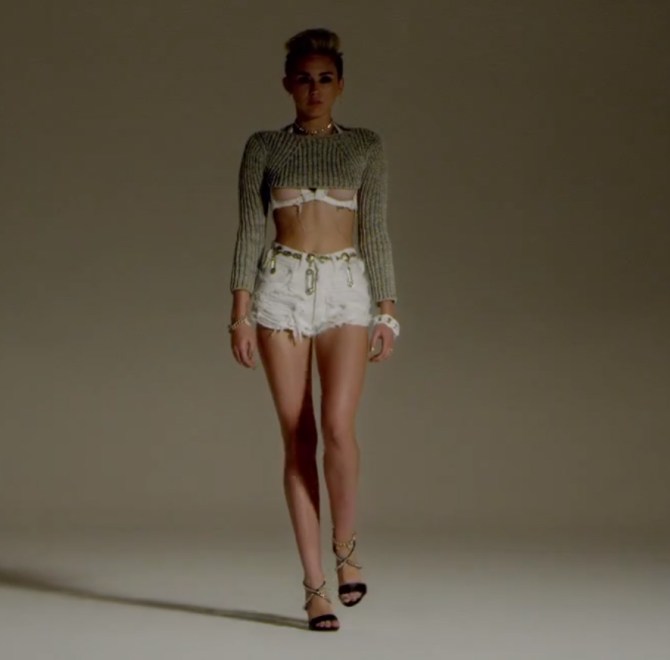 Well, now she’s showing her underboob. And just in case you doubted it, the camera zooms in to confirm. 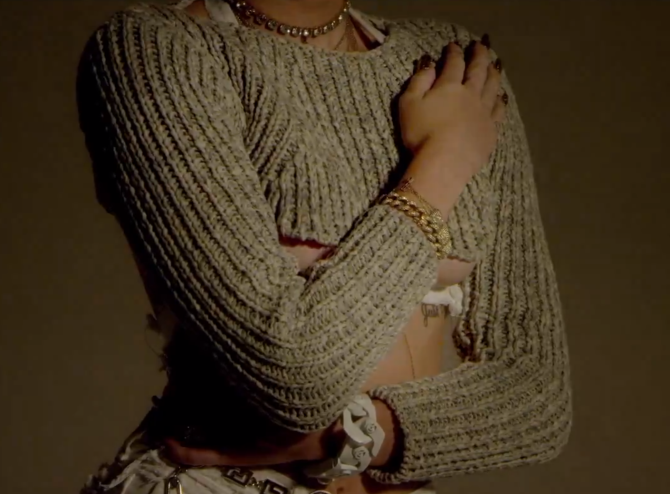 That is a visual confirmation of definite underboob. Regarding the non-underboob-related parts of the video, Big Sean took to Twitter to describe it as, “A special video for a special song. I got Miley Cyrus for this video because she’s somebody who’s had a personal evolution as a lot of us have had. Besides all the personal stories I tell in the song, there are so many other ways people can make it through the fire. I think Miley did a great job as a metaphor for strong women, being strong person after heartbreak.”

Strong women = underboob. Got it. Watch the crazy video above!