Shortly before Christmas, there was a very unofficial bit of news that major diva designers The Blonds would be creating the tour  costumes for Miley Cyrus’ upcoming “Bangerz” tour. And while that report was technically correct, there are several more big-name designers who have been added to the pop star’s sartorial lineup.

No one will be surprised that Marc Jacobs has signed on to create some looks for Miley (lest you forget, Cyrus is the star of Jacobs’ Spring 2014 campaign). In an interview with The Hollywood Reporter, Miley explains that each designer she worked with was given a “section” of her tour to design for; with contributions from The Blonds, Jacobs, rock-inspired weirdo Jeremy Scott, and archival pieces from Bob Mackie (who has previously outfitted Cher), we can expect each vignette to be wildly different.

“Clothes for me, or lack thereof, say a lot,” Miley said to THR. At least she’s honest. Miley’s tour starts exactly one month from today in Tacoma, Washington, and we can’t wait to see what she’s (not) wearing. 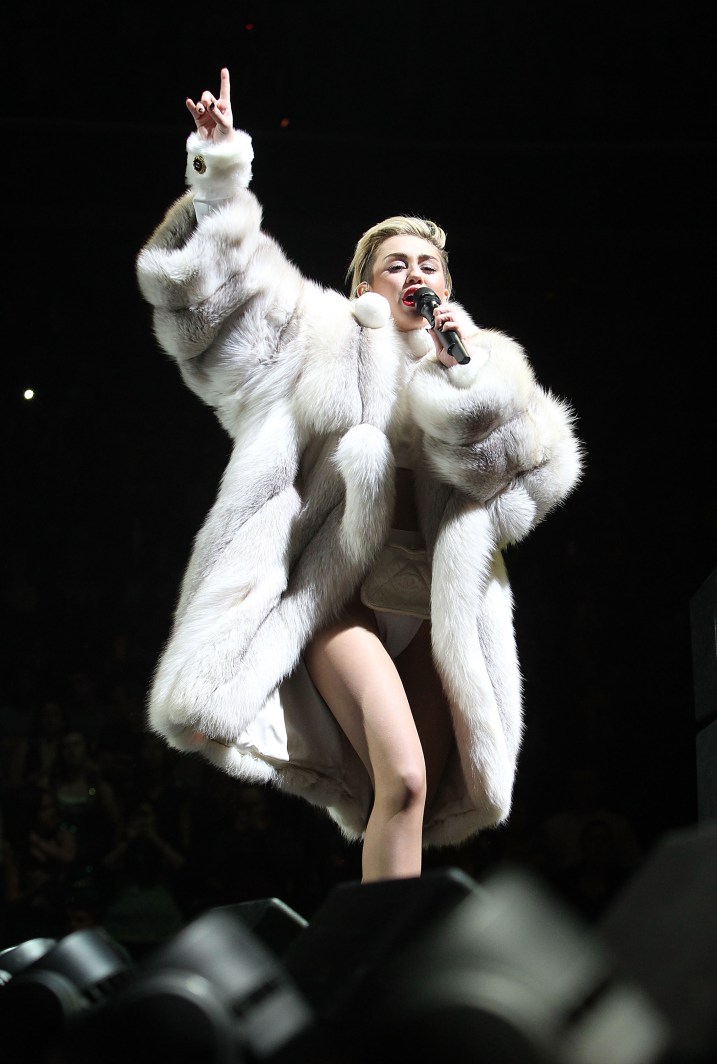