In a move that is sure to outrage and thrill entire sections of the country in equal measure, Time magazine has confirmed that Miley Cyrus is in the running to be named as their 2013 “Person of the Year.” Because, you know, a pop star who flips off the camera while wearing a sports bra should totally find herself firmly planted on the same list as folks like, say, the Pope. 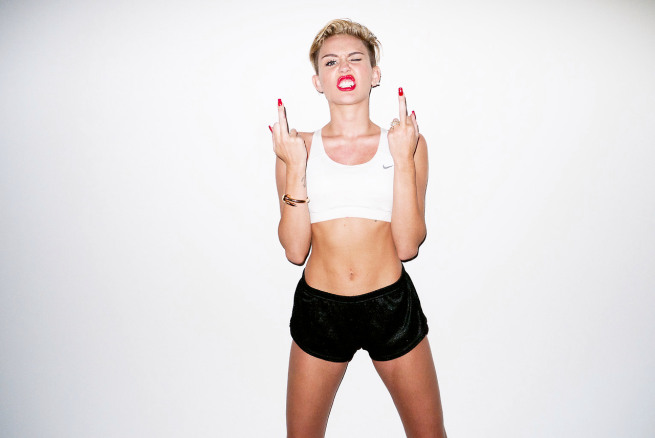 To give a wee bit of context to the possibility that Miley will be Time’s Person of the Year this year, let’s just briefly go through the other nine people who are in the running. In no particular order, they are:

There she is! Miley, squished almost unnoticeably in the middle, flanked on either side by Senator Ted Cruz—most known for leading the filibuster against President Barack Obama and his Health Care Reform Act—and Pope Francis, most known for being the reigning leader of the entire Catholic universe.

And then there’s Miley, who (while also a very talented vocalist, to be fair) is mostly known for being nearly naked a lot. There’s no doubt that 2013 has been her year, but that’s really only true if your scope of vision is limited to pop culture; does Miley really belong on a list with eight leading political and religious figures and one CEO? We’re hesitant to say yes.

MORE: How Miley Should Spend Her Birthday, in GIFs

Do you think Miley deserves a spot on this year’s Person of the Year finalist list? Sound off below!