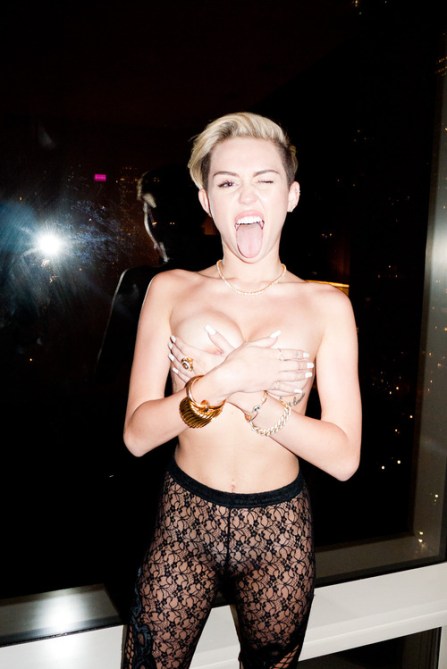 All photos via Terry Richardson’s Diary

Ever since an almost-naked Miley Cyrus twerked against Robin Thicke at the now-infamous MTV Video Music Awards, it’s been a matter of when—not if—the singer is going to take it too far. Well, today might just be that day judging by the hyper-sexualized photos of Cyrus posted on Terry Richardson‘s Diary.

The  polarizing fashion photographer recently directed Cyrus in her “Wrecking Ball” video, in which the 20-year-old appears mainly nude and licks various construction equipment. Did we mention it has been viewed 180 million on YouTube alone? Though it’s hardly surprising the duo want to continue capitalizing on their success (Cyrus’ album ‘Bangerz’ just came out), the photos cross even the most blurred of lines — and that’s considering we’ve seen a lot of naked Miley in recent weeks. 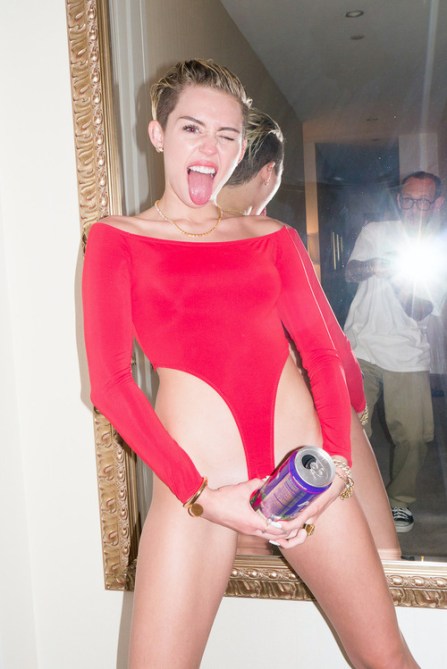 Yes, that’s a canned beverage the “Hannah Montana” actress is mock-inserting into her lady parts while sticking out her tongue and wearing a red bodysuit so revealing it gives new meaning to a precise Brazilian bikini wax. Oh, and we see Richardson’s reflection in the mirror as he’s talking the picture. Creepy, much?

Meanwhile, the timing for these images couldn’t be more interesting, as just yesterday the New York Times published an article titled “The Pro Miley Backlash“, where media’s top names speak out in support of Cyrus’ recent antics.

Cosmopolitan‘s editor in chief, Joanna Coles, who put the singer on the magazine’s March cover said the following with regards to the VMA’s: “I love Miley Cyrus. I think she’s an artist and an entertainer and she was entertaining. And she’s also a provocateur who has launched a conversation about female sexuality. Old people have always criticized young people for exploring their sexuality and owning it and enjoying it. ’Twas ever thus.”

And just this morning, singer-songwriter Sinead O’Connor all but begged Miley to stop “prostituting herself” for the sake of the music industry in a very harsh but wise open letter (which you really should read here.)

What do you think, is Cyrus sparking a conversation worth having about sexuality, or are some things better left unspoken? To see the rest of the NSFW images, head over to Terry Richardson‘s Diary now.

MORE: Does Miley Cyrus Sound A Tad Full Of Herself In New Interview 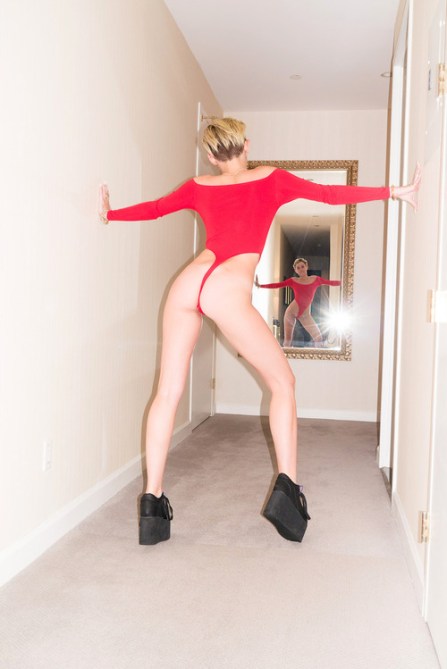