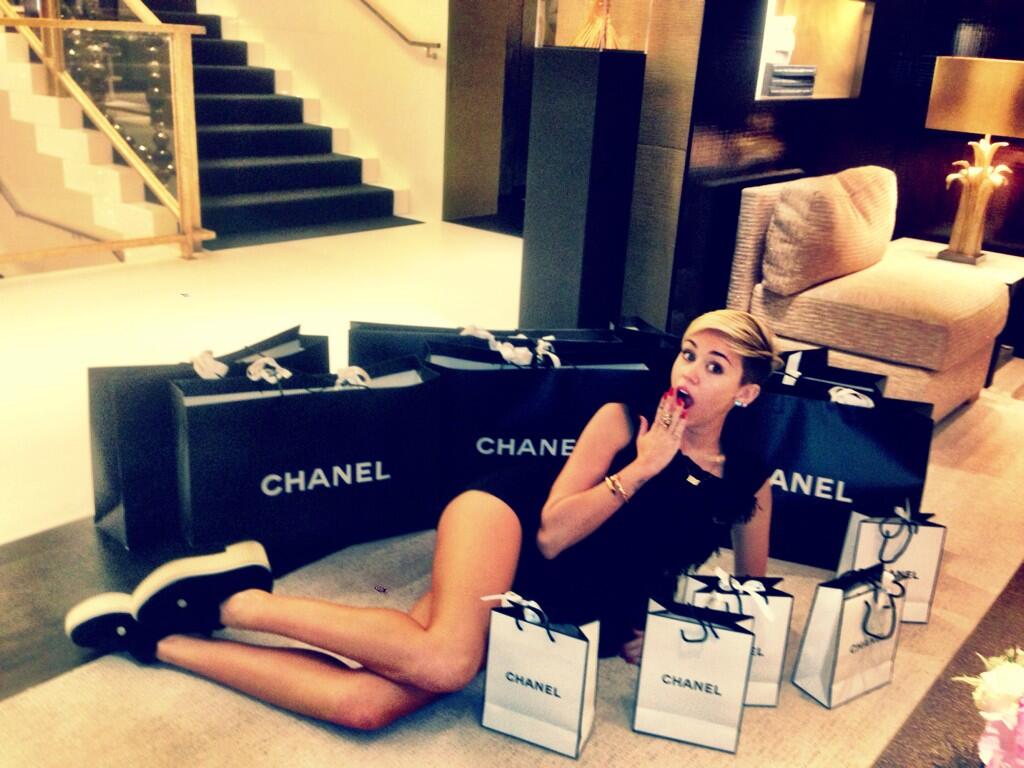 It’s apparent that Miley Cyrus‘ edgy and drastic image makeover directly mirrors Rihanna. The 20-year-old former Disney star may not be consciously copying RiRi’s every move, but it certainly seems like it. When the 25-year-old Bajan pop sensation revamped her image, she got a major chop (something Cyrus did a year ago), became outspoken about marijuana use and partying (obviously, Cyrus is also down with that), and got seriously into fashion.

Cyrus has always been a stylish girl, but lately she’s been following Rihanna’s fashion guidelines—which include crop tops, sexy sheer pieces, and all Chanel everything. Yesterday, Cyrus took to Twitter with the above photo, captioned, “The damage is done @CHANEL” We couldn’t help but note the similarities between her lavish London shopping spree and Rihanna’s Chanel jaunt in Paris last month.

We’re not saying that she’s totally copying her—Cyrus has supported the iconic brand for awhile, regularly carrying a Chanel quilted backpack. However, there are too many similarities for this to be a total coincidence. Now that we’ve called it out, it’s time for them to do the inevitable: Record a song together or release a capsule collection!

What do you think—is Miley copying RiRi, or are they both just young, super rich, and love Karl Lagerfeld‘s chic creations?