Perhaps you haven’t noticed, but we’ll let you in on a little secret: Miley Cyrus hasn’t walked a red carpet since last December. And she has no plans of doing so in the near, or even distant future. In fact, she’s decided to never walk a red carpet again. Last year, “I had to do the [A Very Murray Christmas] premiere, and I will never do a red carpet again,” she told Elle. “Why, when people are starving, am I on a carpet that’s red? Because I’m ‘important’? Because I’m ‘famous’?”

We’re not sure what world hunger has to do with red carpet embargoes, but—sounds like Cyrus is just fed up with the charade. “That’s not how I roll,” she added. “It’s like a skit—it’s like Zoolander.” 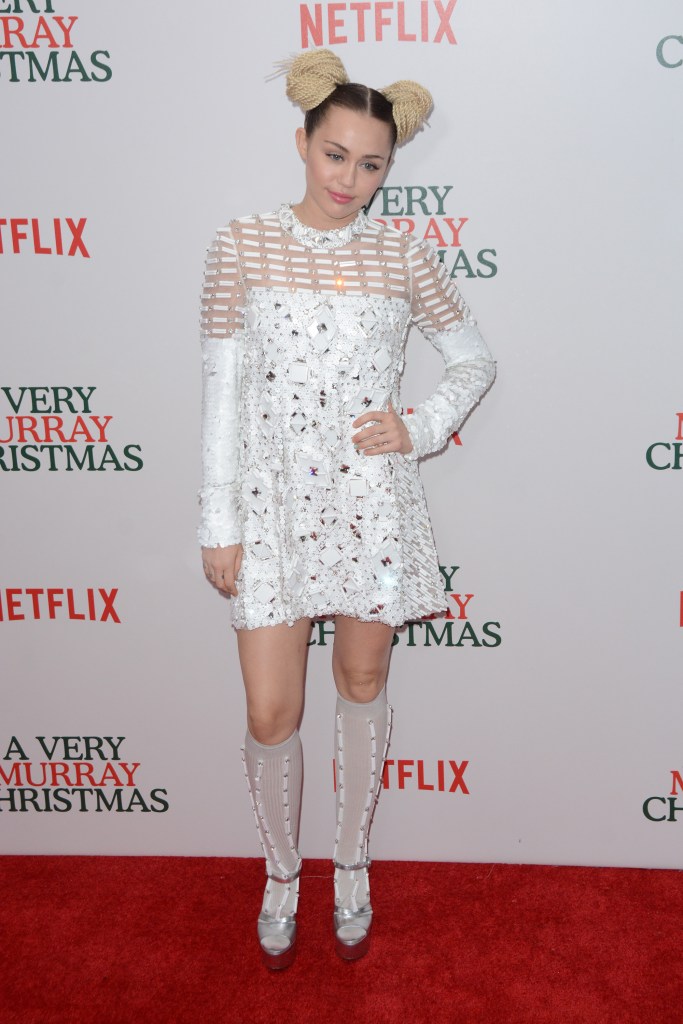 The last time Cyrus will ever have to awkwardly pose atop a red carpet again. Photo: Wenn

All these people acting out their own personal live-action versions of Zoolander are embodying something Cyrus calls “doing it.” This, in case you were wondering, approximately translates to “trying” or “acting.” A hanger-on is “doing it,” Cyrus explained, and Woody Allen, whose fall Amazon series Crisis in Six Scenes stars Cyrus, is definitely “not doing it.” OK, thanks for clearing that up for us, Miles.

Guess who else isn’t “doing it”? Cyrus herself, of course. She fired her publicist last year and laser-focuses her PR energy on Instagram, where she often posts multiple times a day. So real. Next up: Possibly Snapchat. “I want to be [on Snapchat]. I don’t know how to use it,” she said. “I feel like I’ll be an old lady that’s too held back, because I don’t keep up with it.”

No word on how she plans to sidestep any red carpets associated with Crisis in Six Scenes or The Voice, on which she’ll appear every Monday and Tuesday starting September 19 alongside Alicia Keys, Adam Levine, and Blake Shelton. But don’t expect anyone to be caught “doing it” there: She joined The Voice because she wanted “to do something like this where we are really talking, rather than somebody talking at me for five seconds.” Got it.