Miley Cyrus got a new tattoo, and it’s quite the shocker.  The “Wrecking Ball” singer posted photos 24 hours ago on her Instagram of her at a tattoo parlor. Nothing says raw badass like a blurry picture of a girl getting inked, right? The newly married 26-year-old’s shocking reveal was the tattoo that appeared on her ankle. It’s official: Miley Cyrus has a “pussy” tattoo, and there are photos to prove it. You read that right. She tattooed the word “pussy” in black cursive ink on her ankle. Say what?

We now have a photo of the pussy tattoo from celebrity tattoo artist Bang Bang’s Instagram story, thanks to Cosmopolitan’s digging. It was definitely the same day as the photos Cyrus posted herself because she’s in the same outfit. 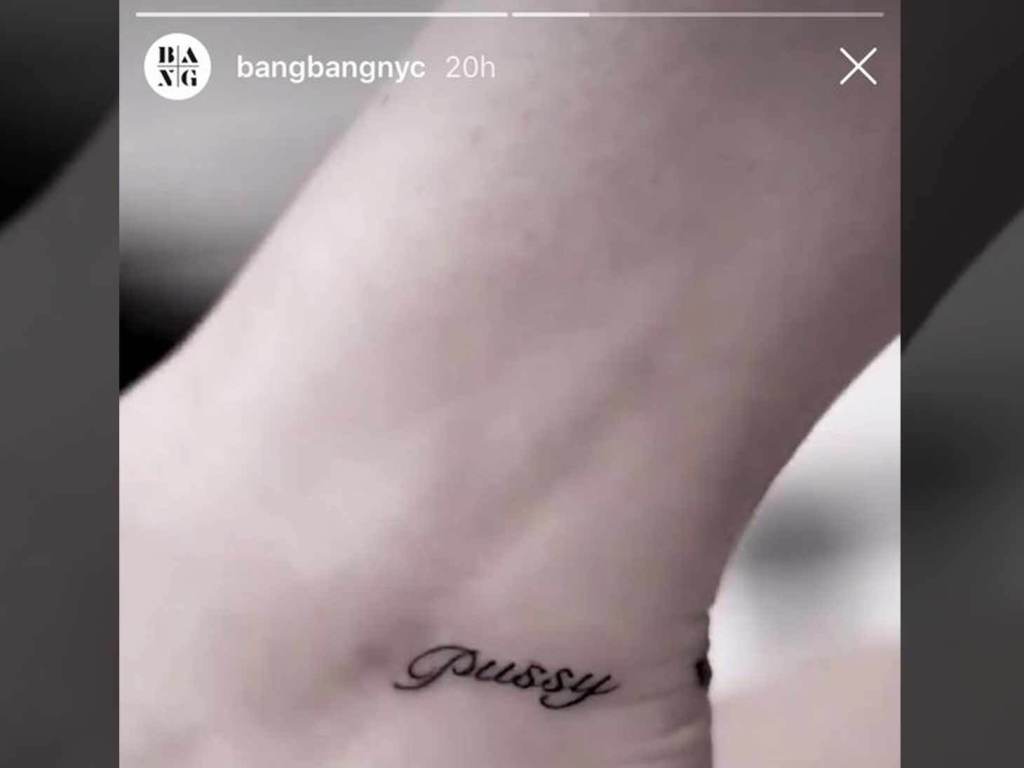 Cyrus seemed happy as a clam as she got what appeared to be a tattoo on left arm as well. She is rocking a hot red glossy lip and a black hat with a blank tank in the photos. Her “grin and bear it” expression is also giving us strong emoji vibes.

Apparently, the theory is Cyrus got these new tattoos over the summer but has just now decided to share them with her fans. One fan Instagram account, @everythingmiley, posted a behind-the-scenes video of Cyrus getting her tattoos. “BTS footage of Miley getting tatted in NYC this past summer! 🔥” the fan account wrote. “I can’t name one of her tattoos that isn’t iconic. The fact that she got “pussy” tattooed on her ankle… iconic. 👏🏻 📸: @bangbangnyc @mileycyrus”

So what does this new tattoo mean? We’re not entirely sure. But Cyrus isn’t new to the tattoo game. In fact, she had over two dozen tattoos in 2014, according to Bustle. But that was four years ago! It’s safe to say she has well over 35 tattoos now. It all began when she got her first tattoo written on her rib cage that read, “just breathe.” The former Hannah Montana star was just 17 at the time.

Here she is at the 2013 MTV Music Awards wearing a revealing shirt that gives us just enough of a glimpse at her first tattoo. 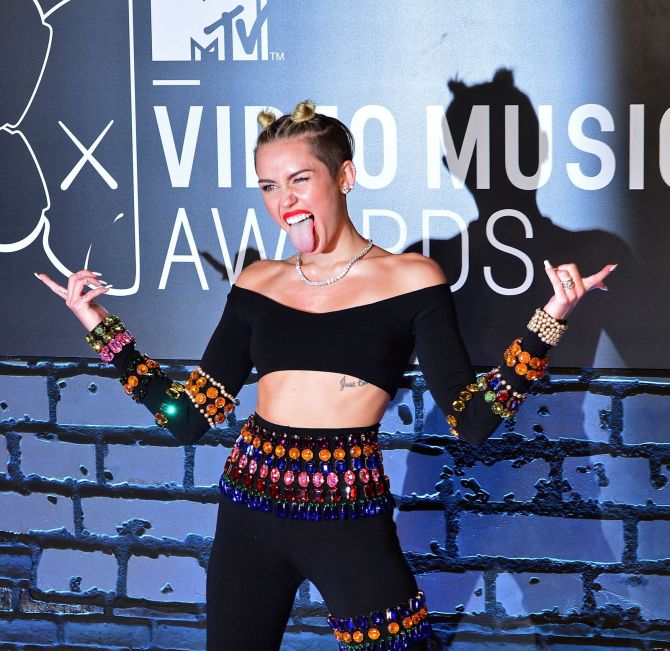 She also has numerous tattoos on her hands. In fact, her right hand alone has seven tattoos: a heart, watermelon slice, peace sign, cross, evil eye, alien head and the word “BAD” in red as a tribute to Michael Jackson. 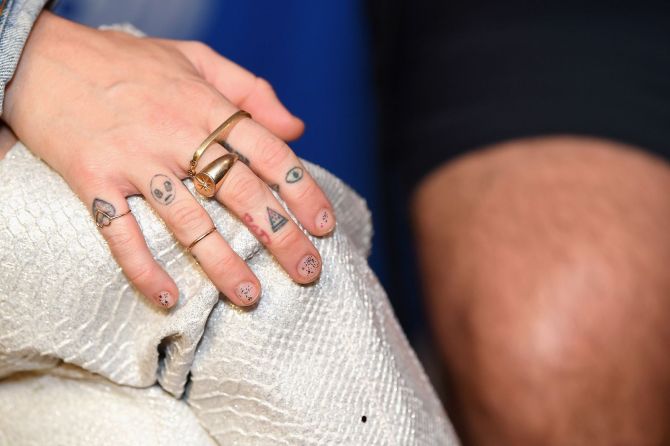 Cyrus’ tattoo number five was a very large dream catcher on the right side of her rib cage. A close source to Cyrus told People magazine about the meaning behind that fifth tattoo. “It’s a picture of the dream catcher that hangs over her bed with four feathers to represent her four brothers and sister,” the source said. “The dream catcher is to protect them.” Aw! How sweet. She loves her family. And we love that. 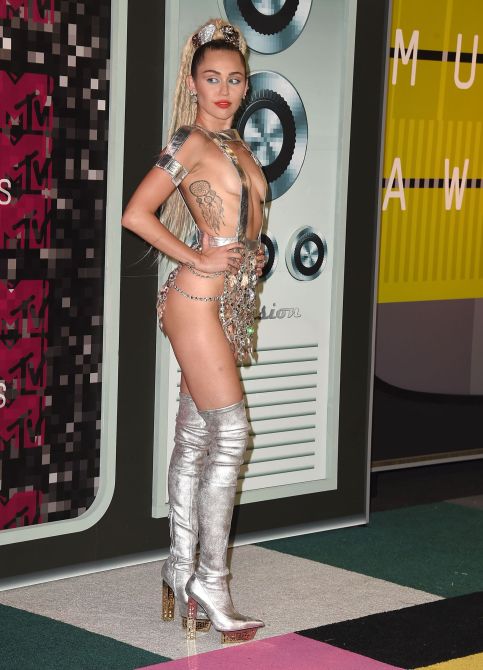 Still can’t quite figure out the meaning behind “pussy.” But not everything needs to be explained to her fans. We mean hey, she’s just being Miley!