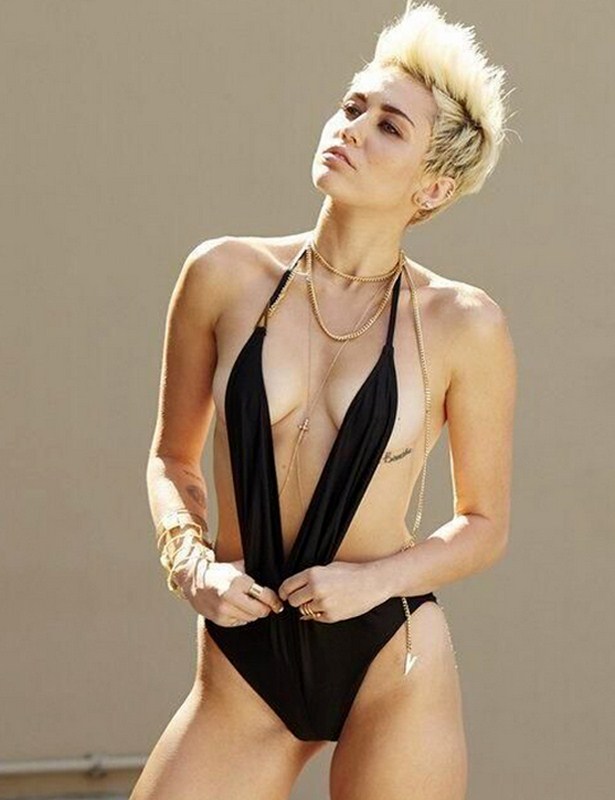 After weeks of build-up and hype on social media, Miley Cyrus premiered her first single “We Can’t Stop” from her upcoming album today on Ryan Seacrest‘s radio show. The track, produced by Mike Will (most recently known for his work on Rihanna‘s strip club anthem “Pour It Up”), has gained substantial buzz as it veers from her traditional sound, and it also shows a way more mature side of the 20-year-old former Disney star.

With her edgy image makeover and increased presence on the party scene during the past year, it’s clear that Miley’s has been experimenting in more ways than one. She shouts out people dancing while on popular party drug Molly, strippers, and even references clubgoers waiting in the bathroom line “trying to get a line in the bathroom.” While there’s sure to be some backlash due to the suggestive themes, it’s already racing up the iTunes chart.

Also released in conjunction with the new track? The album art (see above). Yep, that’s the erstwhile Hannah Montana in a barely-there monokini, a ton of gold jewelry, and nothing else. Par for the course these days, as Cyrus has appeared in a number of racy magazine spreads and often steps out in skimpy outfits and crop tops.

Regardless of how people feel about the new song, she seems thrilled with the results—and if anyone has a problem with it, she likely won’t care. “It’s my mouth, I can say what I want to,” she croons before the song closes. We can’t help but wonder how her (reportedly) ex-fiancé Liam Hemsworth feels about it.

Listen below and let us know your thoughts!