Miley Cyrus warbled Leonard Cohen’s “I’m Your Man” and Peggy Lee’s “I’m a Woman” last night on the first episode of “Maya & Marty,” and she totally killed both renditions of the classic songs. For the first tune, she moodily growled the lyrics in a festive tuxedo and top hat; for the second, she flashed her tongue, tossed away her hat, ripped off her pants, and revealed a high-cut leotard to perform the considerably more upbeat ditty with Maya Rudolph, who appeared onstage in a pair of sparkly black hot pants. The new show, which is hosted by Rudolph and Martin Short, premiered with segments from the likes of Tom Hanks, Jimmy Fallon, and Larry David.

Singing from the point of view of a woman and a man taps into Cyrus’s ongoing dislike of gender norms and labels. As she told Out magazine last year, growing up, “I didn’t want to be a boy … I kind of wanted to be nothing. I don’t relate to what people would say defines a girl or a boy, and I think that’s what I had to understand: Being a girl isn’t what I hate, it’s the box that I get put into.” 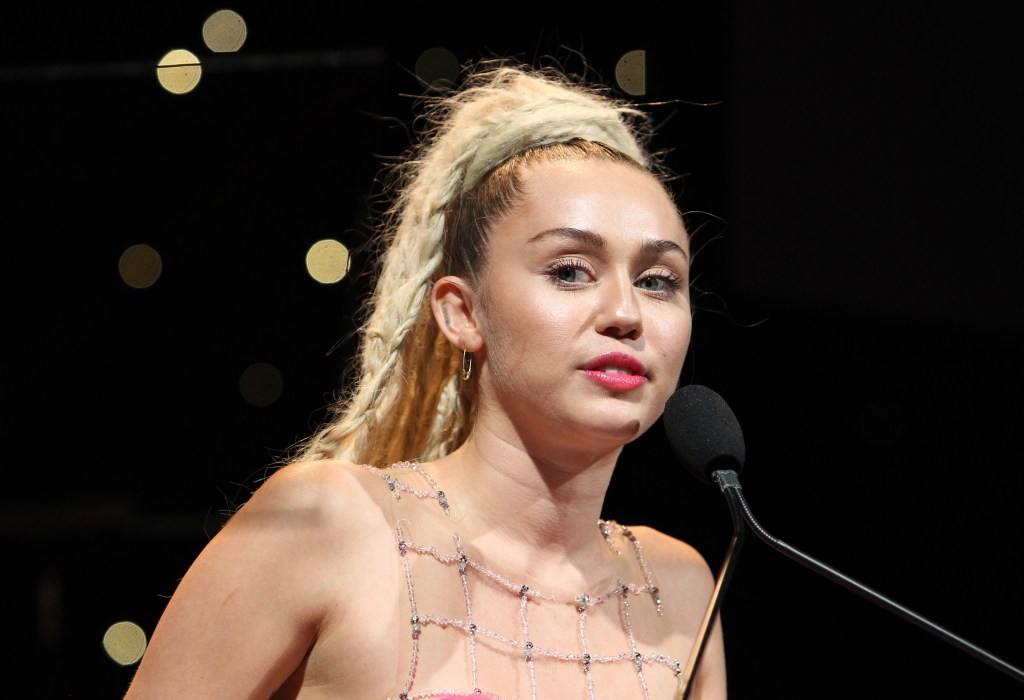 Cyrus got the opportunity to pick up that box, shake it around, and spill it out last night, and she ran with it. “I’m not hiding my sexuality,” she told Time when she launched her nonprofit, the Happy Hippie Foundation, which helps homeless and LGBTQ teens. “For me, I don’t want to label myself as anything. We love putting people in categories, but what I like sexually isn’t going to label me as a person.” The only category we’d put Cyrus in is the one that includes wearing no pants, but she’d probably be fine with that one.