Women’s bodies are theirs, and theirs alone. Amidst many potential restrictions that jeopardize the reproductive rights protected by Roe v. Wade, the fashion community is championing women and their right to choose. Marc Jacobs and Miley Cyrus’ new reproduction rights collab is taking a stand against those that threaten a woman’s right to her own body. In his first charitable collaboration for his new line, THE Marc Jacobs collection, the designer has paired up with Cyrus’ Happy Hippie Foundation. All of the proceeds will be going directly to Planned Parenthood.

Cyrus has never been shy about her body, embracing all that she is, and encouraging women to do the same. The limited-edition pink sweatshirt that the “Malibu” singer and Jacobs have designed features a topless Cyrus. She holds sliced grapefruits with the words, “Don’t F❤️ck With My Freedom.” The text and visual definitely work well together in getting the point across, while also looking super cute. This isn’t the first time Cyrus has spoken up for women and their rights and it certainly won’t be the last. Even the singer’s new album, She Is Coming, has featured promo shots with imagery similar to that on the sweatshirt.

The pink hoodie is available online today. Cyrus and Jacobs began collaborating back in 2016, launching a series of T-shirts shot by Marilyn Minter. This latest sweatshirt is the next step in their work together and at $175, provides a very charitable donation to Planned Parenthood. 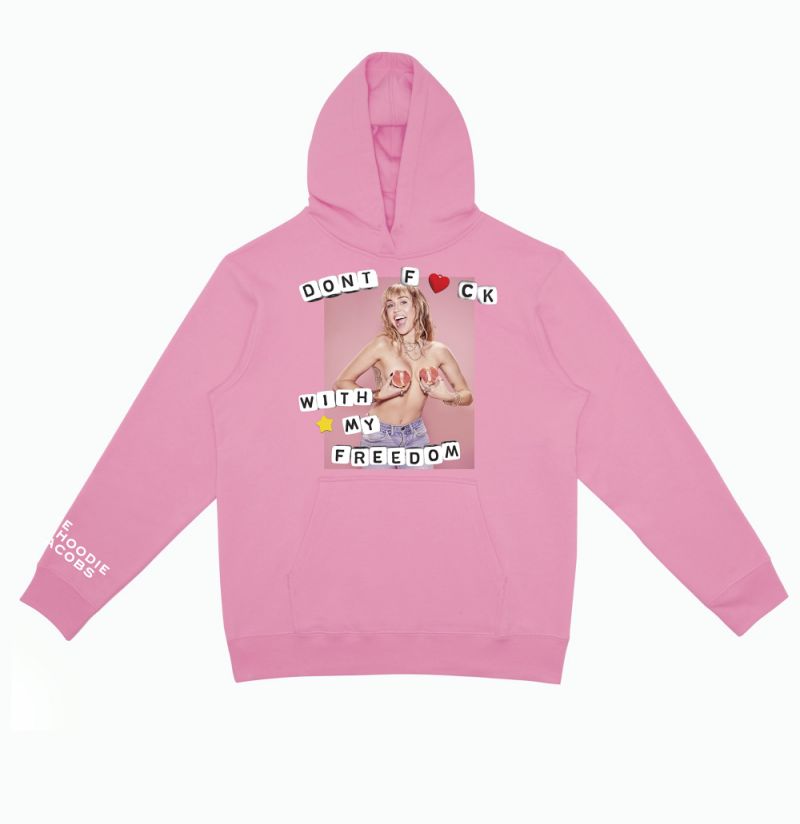 Cyrus promoted the sweatshirt on Instagram, sharing the original shot from the photoshoot.